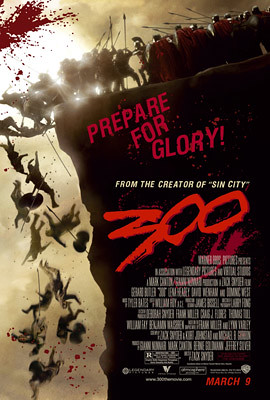 Based on Frank Miller’s graphic novel, “300” concerns the 480 B.C. Battle of Thermopylae, where the King of Sparta led his army against the advancing Persians; the battle is said to have inspired all of Greece to band together against the Persians, and helped usher in the world’s first democracy

Ah this is about the only movie I’ve really really wanted to watch for quite some time, partially due to loving Frank Miller’s work, liking Sin City a lot and having endless people telling me how great it is.

Gerard Butler was really good as King Leonides, the fury in his experience, the power in his voice and the violence in his movement. 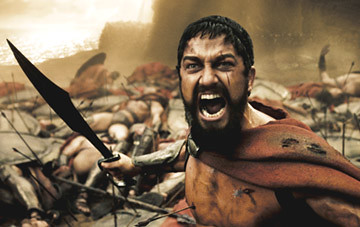 The whole movie was colour-toned, slightly desaturated and very grainy (like shot with available light and high ISO).

It gave it a very interesting and gritty feel, the camera work was also very dramatic and artistic, many of the scenes from the movie would make beautiful still shots.

The fight scenes were frenetic and breathtaking, with a beautiful mix of CG and live action, virtually flawlessly blended. 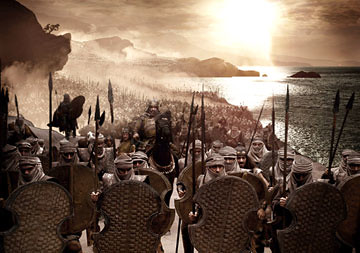 I have to say it’s a visual treat, powerful and strong.

Lena Headey was gorgeous, strong yet susceptible as the Queen of the Spartans.

I definietely recommend watching this movie, I won’t say watch it for the glorious script and fantastic plot as there isn’t any.

But do watch it for the finely choreographed action and beautifully shot film.