Basically the place is a mini F1 mockup with demonstrations of the various technologies involved in F1 racing.

It includes a mini-pitstop where you and your friends can race against the clock to change the tyres and refuel a real F1 car.

It also has some simulations and a mock-up of the F1 driver training area with some reaction testing equipment and weights.

I was there for a cocktail party with Intel, apparently Intel Core Duo is used in the computers controlling the F1 cars and helps to process the vast amounts of data that the cars churn out allowing the team to manage the car more effectively.

The party was fairly well populated with the usual suspects on show (X3, 6 series, 7 series and 5 series) plus journalists from most of the popular publications. 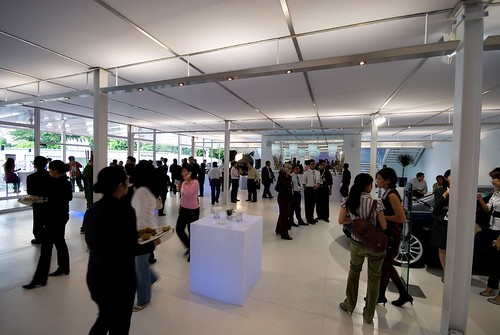 It was a really hot day, especially by the side of the mini track where they were having RC car racing. 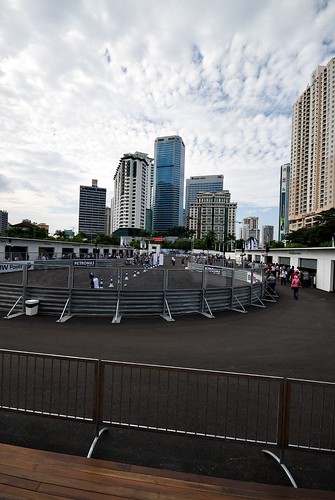 And Joey G the Malaysian VJ was the emcee. 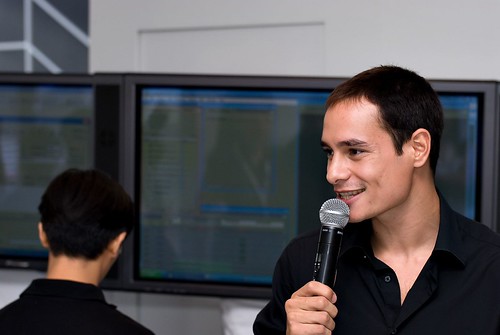 They shot a video of a professional dancer and edited the video live on a Core Duo powered machine to demonstrate the strength of the processor, 2 people were using the same computer at the same time with dual head monitor output on huge plasma TVs.

It was pretty impressive that the machine handled all the encoding and video editing without stuttering.

Timo Glock the BMW Sauber F1 test driver was there as the guest. 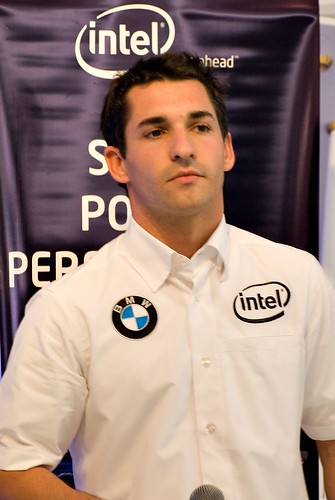 The best part was the guy on a massive kick-ass bike doing crazy stunts at high speeds, he was the man!

He started out with a front wheelie. 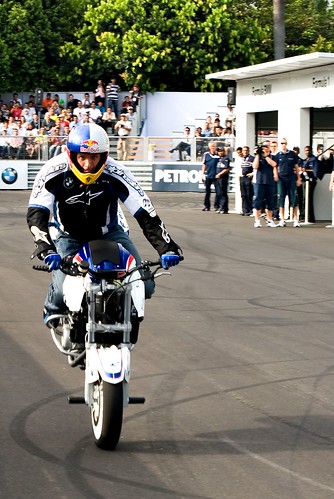 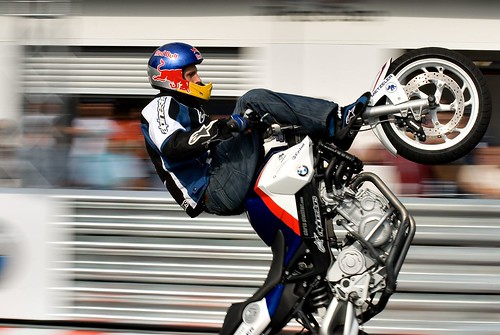 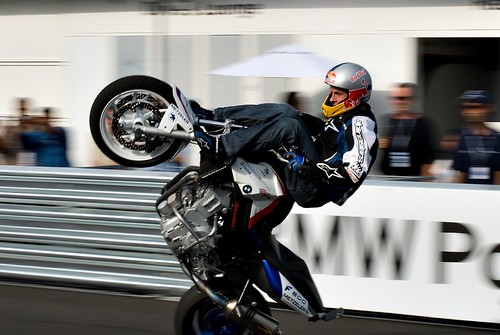 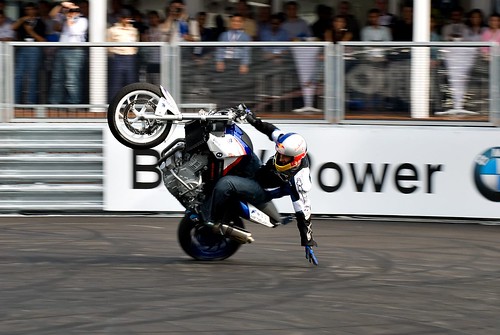 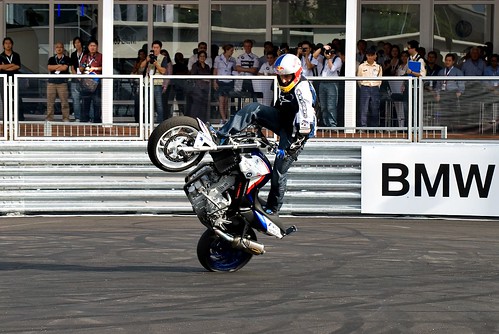 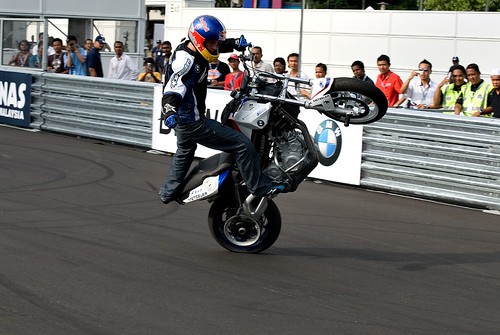 The crowd were really enjoying the show! 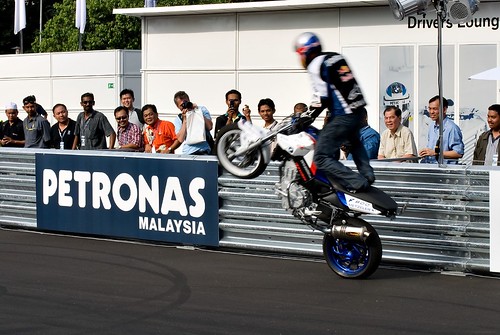 It was blazing hot under the beautiful blue skies. 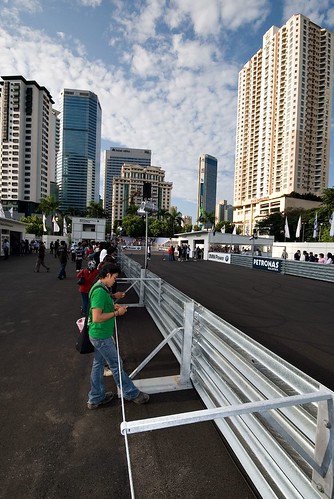 A Formula BMW car came out to show off for a while. 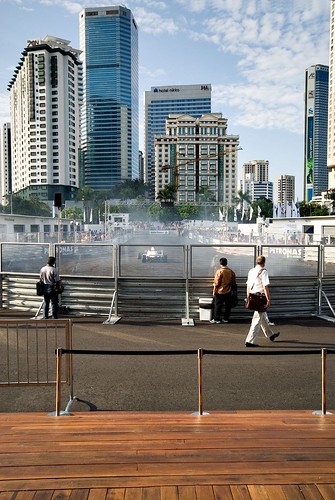 It burnt a lot of rubber. 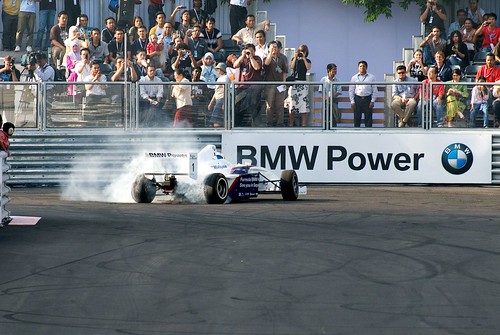 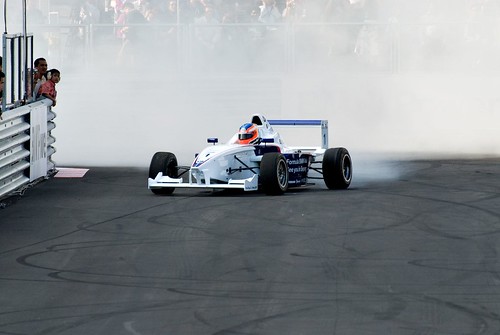 The BMW Sauber F1 Pit Lane is open from April 4-8th almost all day (there are things going on up till 8pm). Best of all entrance is FREE! So if you are an F1 fan or motosports fan, definitely do check it out.

The location is between KL Mosque and Darby Park near KL Convention Center. 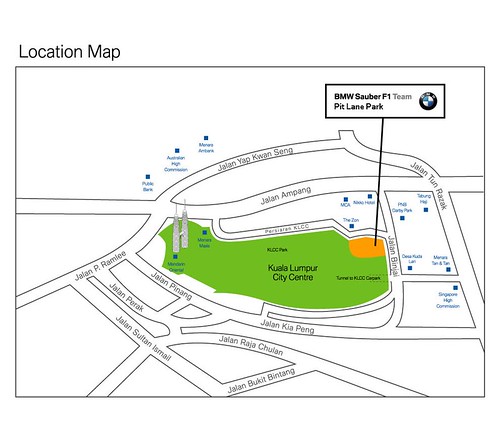