Heineken Thirst 2011 – With Tiesto (And Some Other Drama) – Sepang, Malaysia

He played what we wanted, Maximal Crazy and plenty of tracks from his newer Kaleidoscope album, he also played a few old classics. And he banged it for 3 hours straight, we thought he’s only going to play for 2 hours but he played solid all the way from 11pm till 2am – it was fantastic! 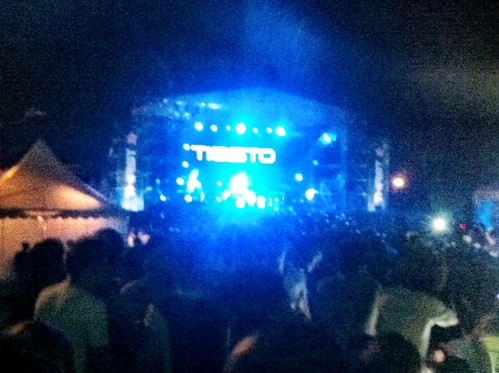 Haven’t partied so hard for a long time, and almost all the gang was there.

Partied a little too hard at one point though, and the VIP section barrier collapsed (most likely my fault #fatass) – sorry Celine!

I took a 3ft skydive onto my arse, and Celine fell awkwardly.

The events people were well worried and we had paramedics come over. 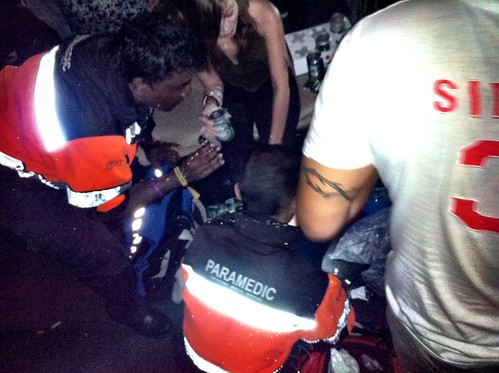 Luckily it was just a sprain and I have a massive bruise in my arse! No major injuries though thankfully! Oh my Burt’s Bees Wax lip balm exploded..

Got stuck in the car park for about an hour too before things started moving and we manage to get out of there.

I warned the others that there would be loads of drunk/high people on the way out so be careful..

It didn’t help me though, I still got rear ended by some gurning dude. 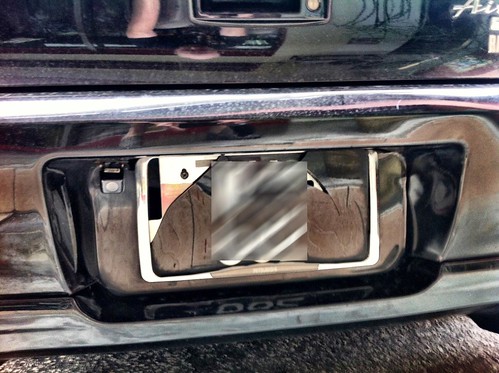 Again thankfully no major damage, a small dent and a shattered number plate.

Will get it fixed and bill the dude for it.

7 Years Together & Yes We Are ENGAGED!
Koh Lipe I Miss You..

4 Responses to Heineken Thirst 2011 – With Tiesto (And Some Other Drama) – Sepang, Malaysia