So last month Sean Kingston was in town to perform a few songs in KL, his first stop was Zouk KL – it was in conjuction with Hotlink and Hitz.fm.

You might know him from his overplayed song “Beautiful Girls” – I do prefer this version though “Sean Krapston – Suicidal Song“.

Zouk is blessed with being in a rather iconic location with the KLCC towers looming behind it, this always makes for good pics outside. 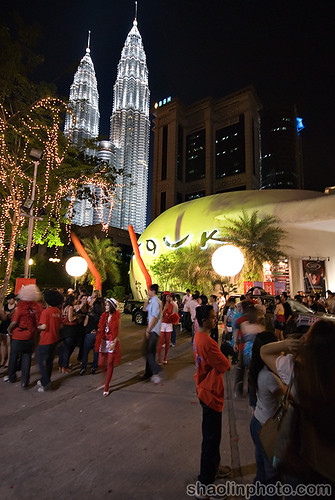 There were lots of people outside taking pics and having fun with the Hotlink boys and girls. 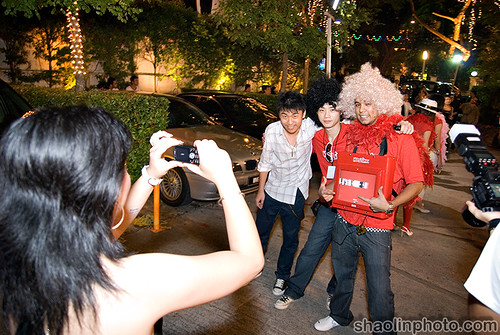 Inside was pretty packed with everyone waiting for the arrival of the star for the night. 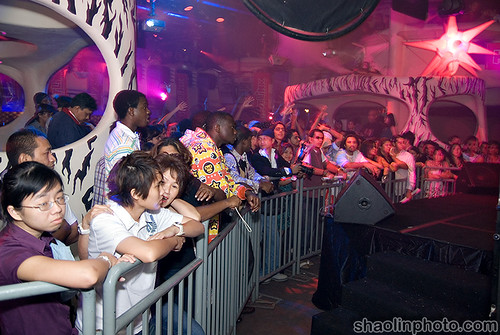 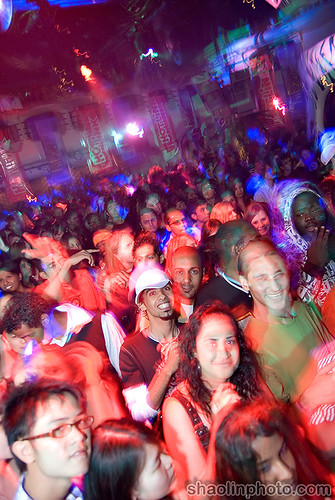 The show was introduced by JJ from Hitz.fm and Natalie, he warmed up the crowd for the intro act. 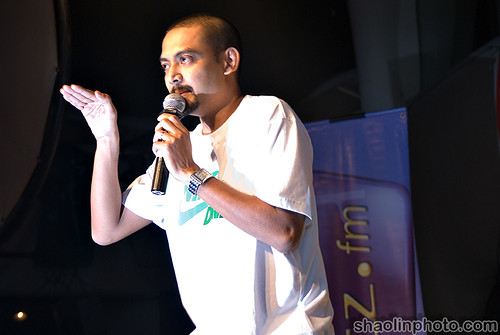 The opener was a fella named Jin from NYC – who was actually very good. His full name is Jin Au-Yeung, you can read his entry on Wikipedia. 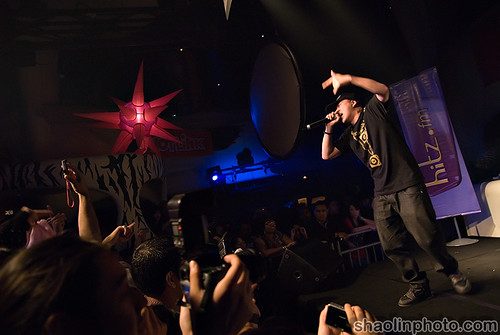 He’s an ABC (American Born Chinese) and he worked the crowd really well, good interaction and an entertaining rapper. 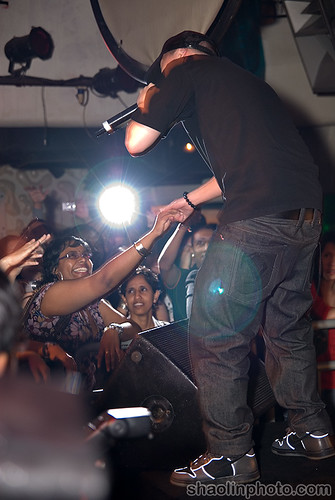 His set was reasonably long and he did some well known covers but mixed the lyrics up and localized them. 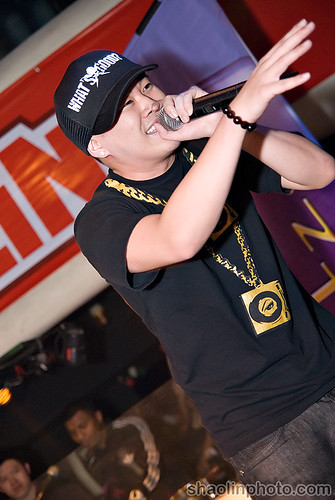 A while after the main act arrived, the crowd was pumped – Sean Kingston and his two sidekicks. 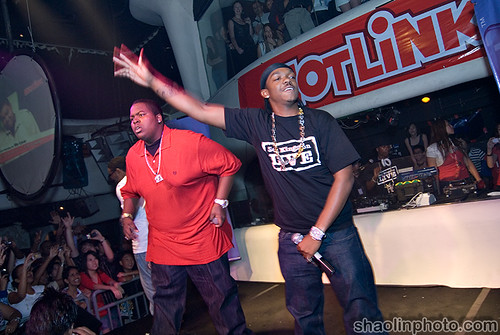 What can I say about Sean Kingston? Not much really, can’t say I was a fan of his music…and after his performance I can’t say I ever will be. I should have gone to see Kiterunner instead.. 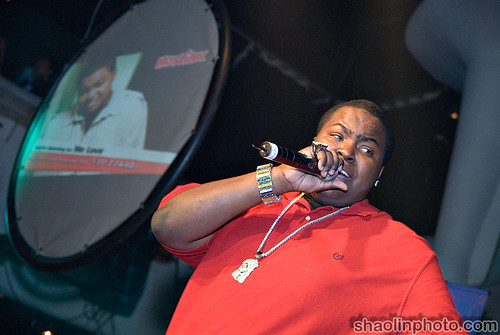 The two guys performing with him were better than him IMHO..not sure what their names are though. 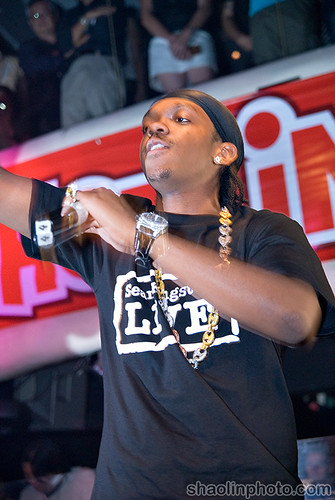 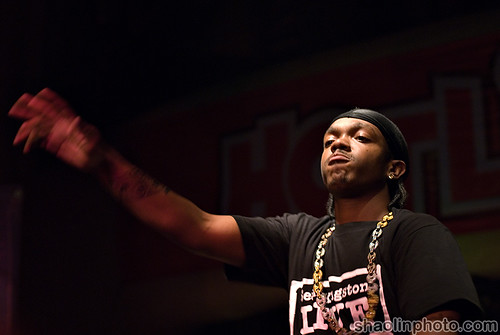 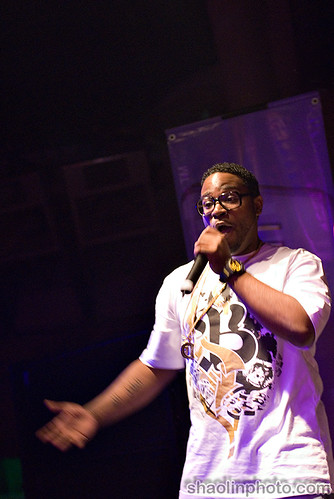 The sweaty red ball bounced around the stage for a while.. 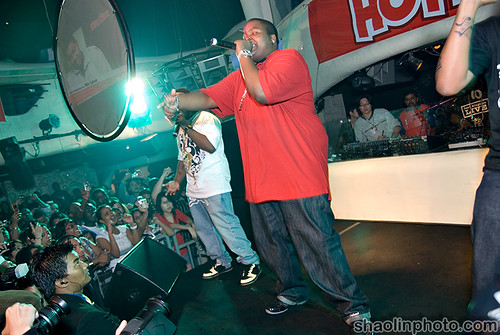 Everyone was frantically taking pictures and videos, mostly with hand phones. 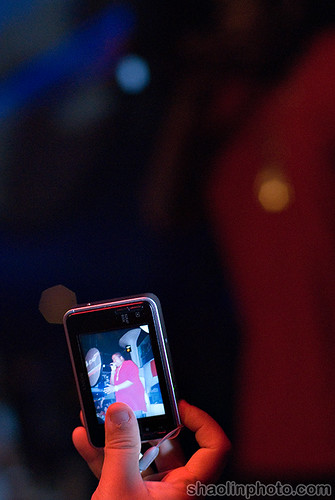 We we crushed against the railings at the front, there was no proper space for us to take pictures and I couldn’t change place..hence the same angle. 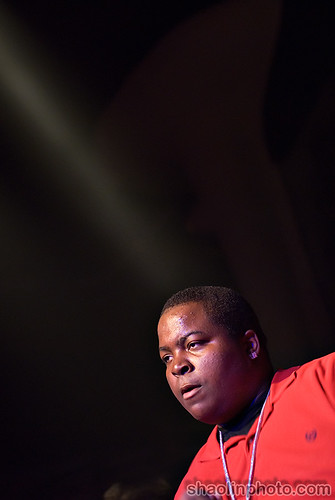 We were allowed to take pictures for the first 3 songs only…which they mis-counted, so it was only 2 songs actually.

Well there you go that was Sean Kingston Live at Zouk KL.. 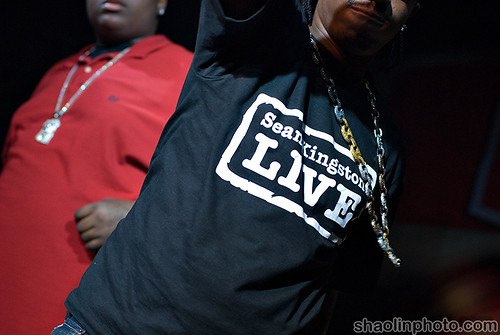 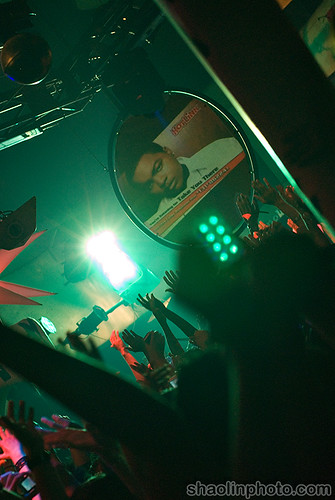 After that it was time to get out of there..all in all the performance was extremely underwhelming. I can’t say I’ll be rushing out to buy his album. 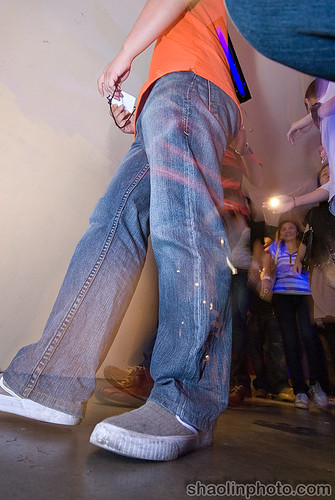 Of course the obligatory cam-whoring was going on outside..Sean himself just stood around for 30 seconds looking exhausted, not talking nor smiling then disappeared off somewhere. So everyone took pictures with his sidekicks. 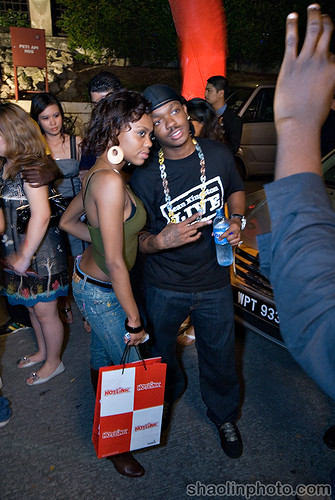 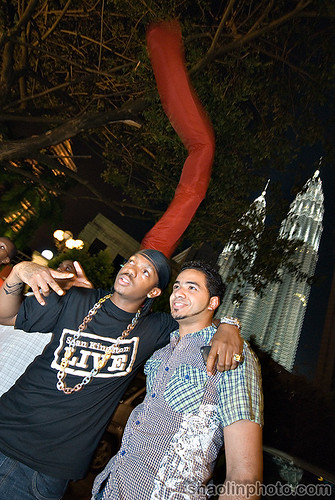 But man those two guys were hooking up with some laydees, I saw all kinds of hot looking females giving them phone numbers to hook up at some after party….talks of hotels and all kinds of things. The life of a Sean Kingston sidekick looks pretty good.

Thanks to Catherine from Maxis for the invite.