So it’s Hennessy time again! Another event from the Hennessy Artistry series and a much bigger and grander affair this time.

You may remember my post about Hennessy Artistry at Zouk last time – following that there was another event at Aloha and then this one which everyone has been waiting for!

This time it was in Bukit Kiara indoor arena so it was much much larger, it was very well organised with good security and the place was decked out really well. There were different areas according to the cocktails (Miami for media/bloggers, KL for VIP/celebs and so on).

They had the cool little DJ booths like last time. 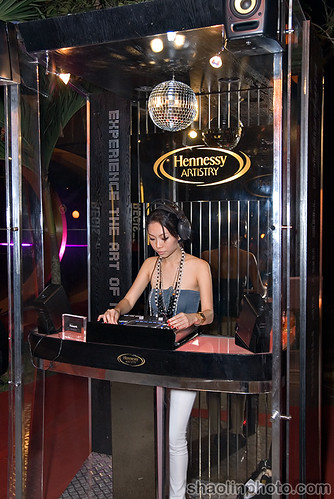 There was plenty of picture taking outside with Polaroid cameras and of course the celebs as they came in.

Pop Shuvit were the opening act so they were one of the earlier ones to arrive. 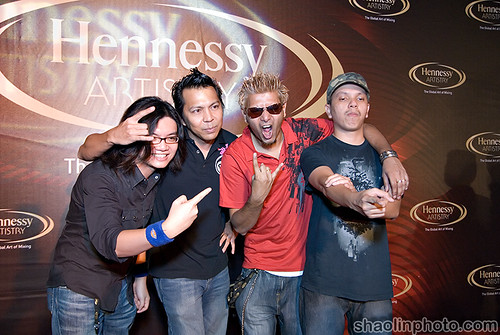 It must have been the place to be because everyone was there like Levy Su Lin (Miss Malaysia Universe). 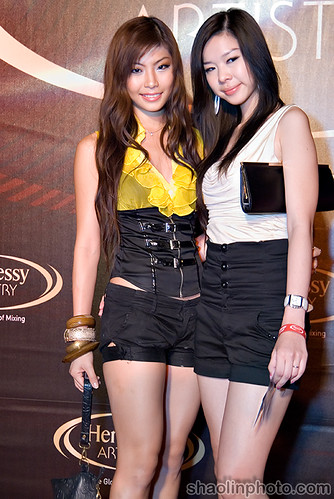 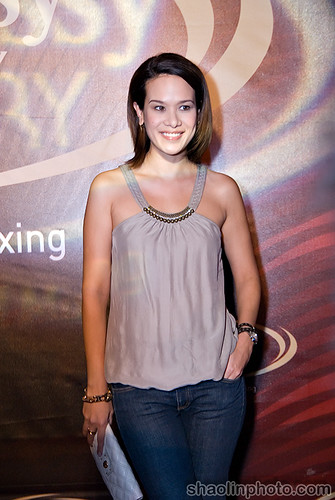 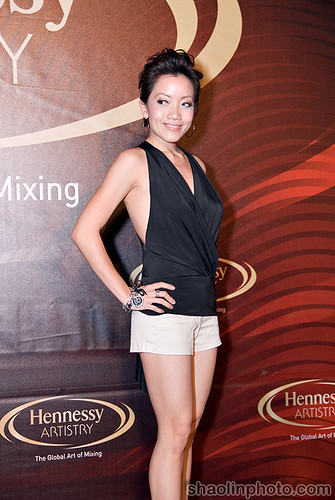 And many many more! There were free flow drinks ALL night long, different cocktails at different bars. I have to say I really like Hennessy Miami (the one with the mint in). 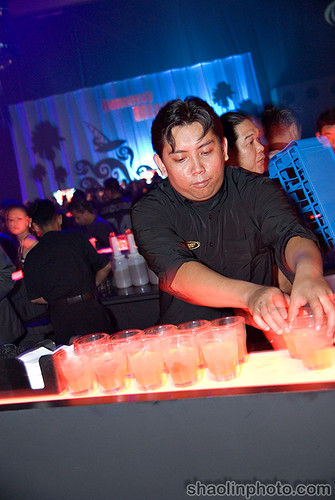 The show opened with Pop Shuvit (most of you should be familiar with them) – a high energy hip-hop/rock band from our own shores. 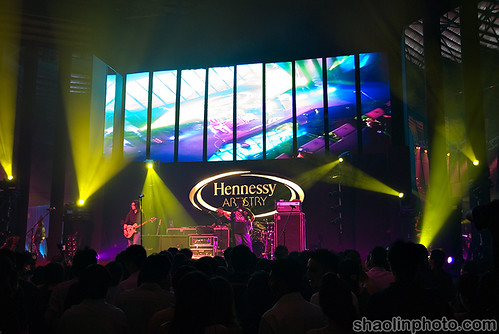 They put on an awesome show and really got the crowd jumping, Freak Show is a great track. 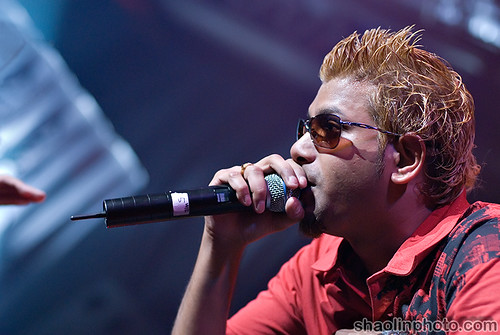 Moots even went down into the crowd and got them jumping around. 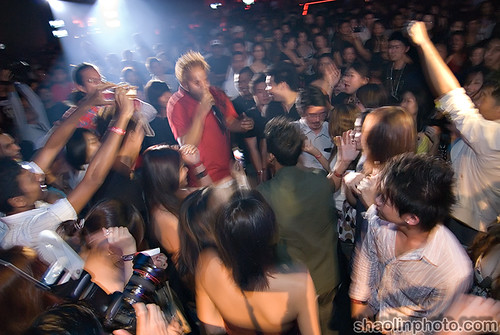 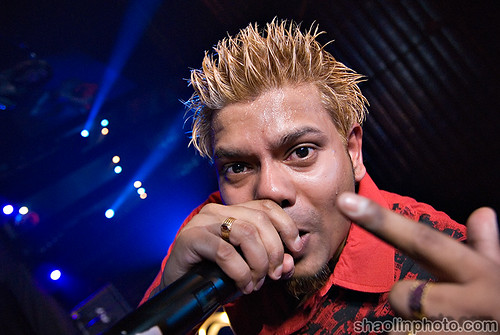 After that Machi came on with some cool dance moves, the members on stage were Jeff Huang (the founder) and 3 Cool (Don P, Suffa and Luke) with a special appearance by Machi’s Baby Girl Melody Yeung (a favourite of all the guys). 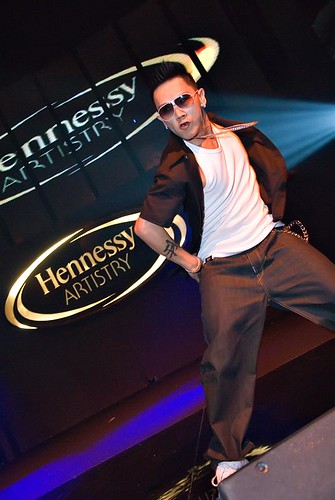 They are from Taiwan so their songs are a mix of Hokkien and Mandarin, can’t say I understand what they are singing…but I enjoyed their music and energy nonetheless. 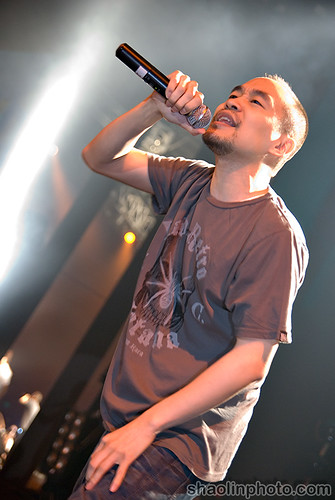 Of course it doesn’t hurt that Melody is hawt! 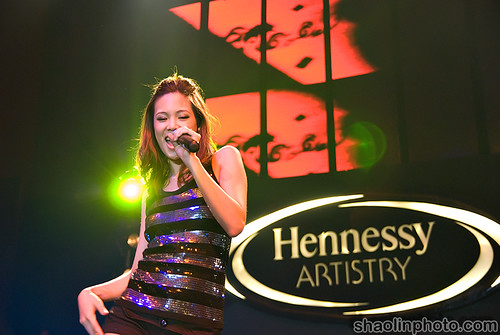 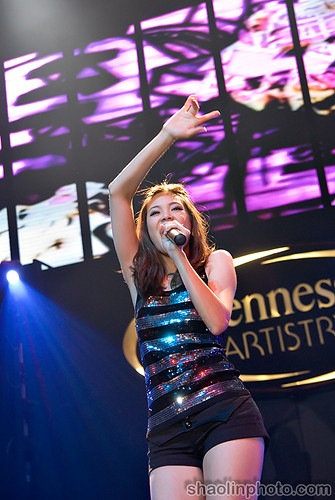 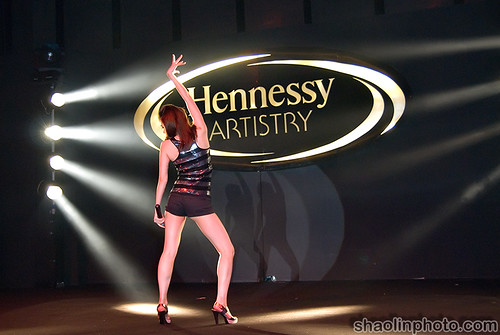 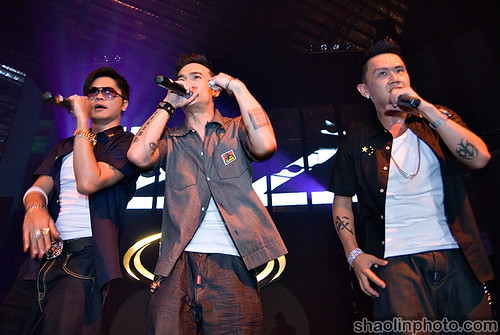 After that there was a lull for a while whilst the crowd eagerly awaited the big star of the night Flo Rida!