The first Nuffnang Party of the year, the Nuffnang Music Bash ’09 and I was the official photographer again (Thanks Nuffnang!).

The venue this time was downtown in KL near the Nuffnang office in Heritage Row at the club called Maison. 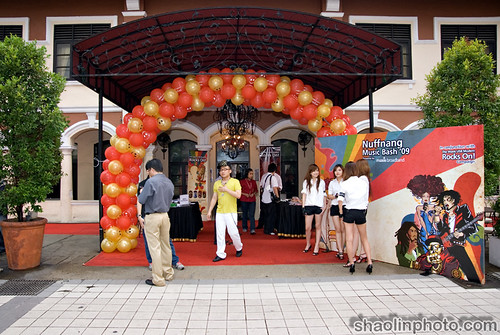 The crowds started to gather around 6pm. 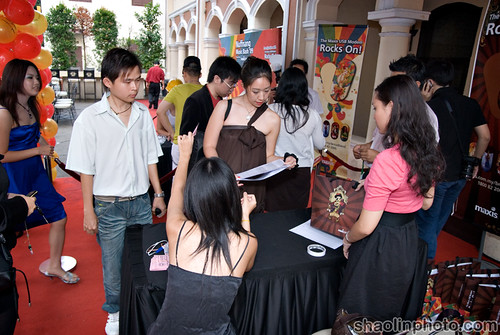 Including the media, who interviewed some of the bloggers including Kel Li. 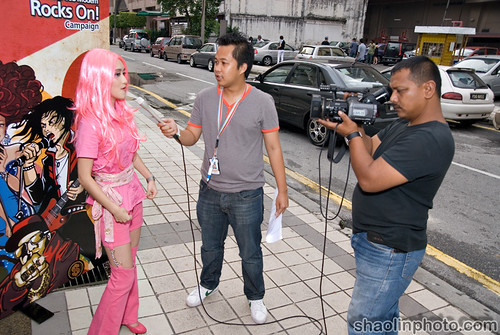 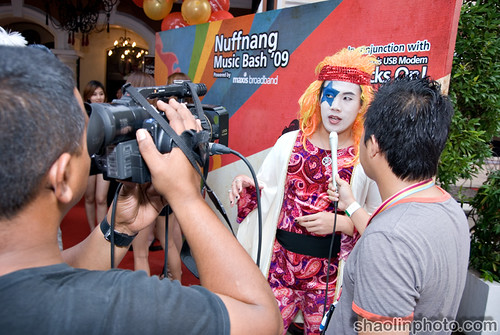 By about 6.30pm most people had arrived and people were starting to socialise and take pictures (as bloggers do). 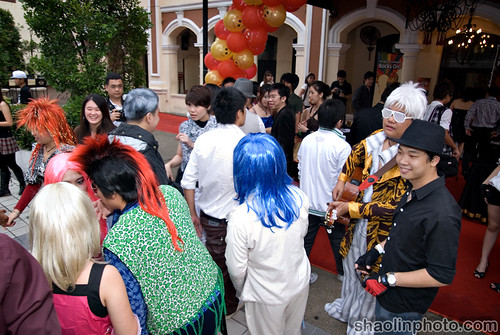 Liang with the ‘security’. 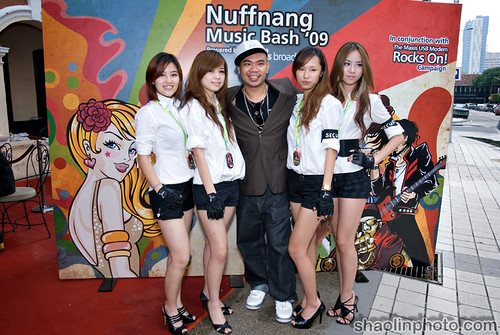 The femes KY and Kim. 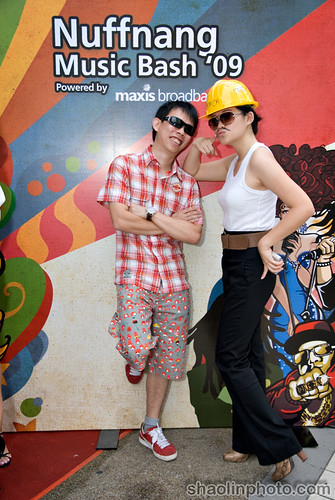 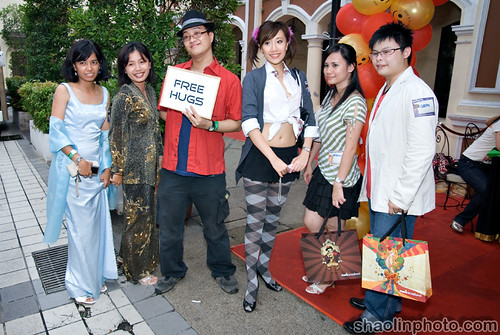 There were some fun games inside you could play if you’re a wannabe rockstar. 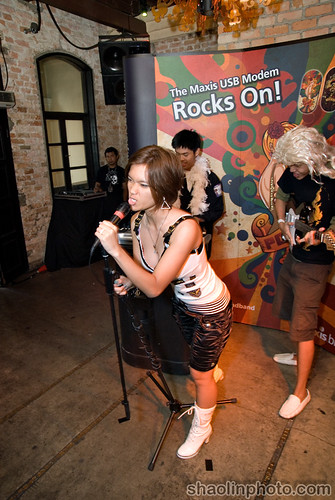 Things were starting to heat up inside too with the activities and games starting. 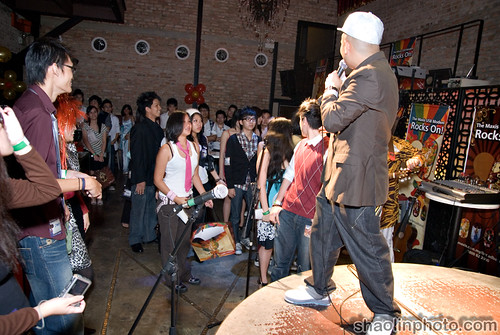 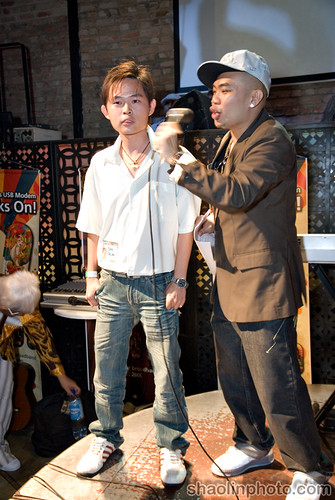 This cute girl had some fans in the balcony. 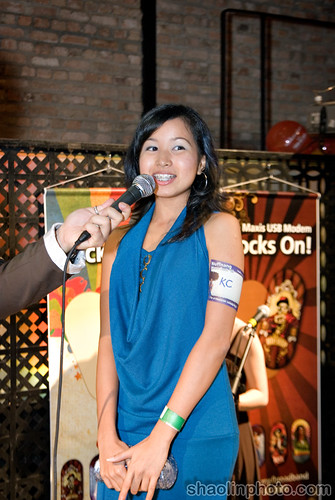 The crowd seemed to be enjoying the show. 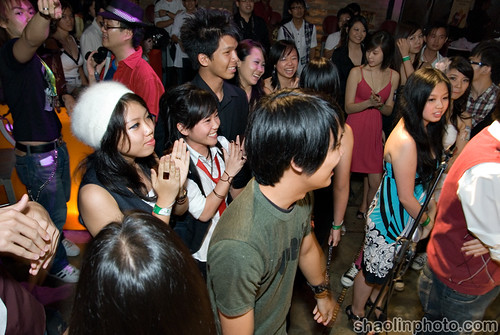 Then a short address by the big boss – Timothy Tiah! 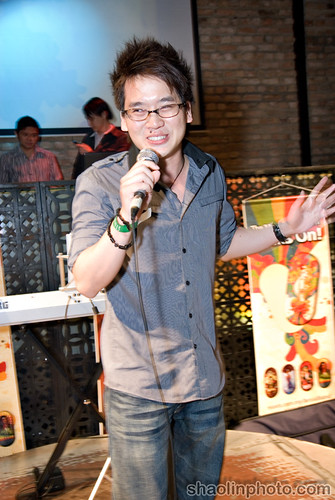 After that the most awesome band came out – The Holograms and they rocked the show. 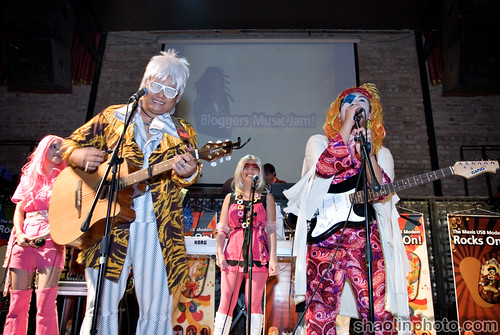 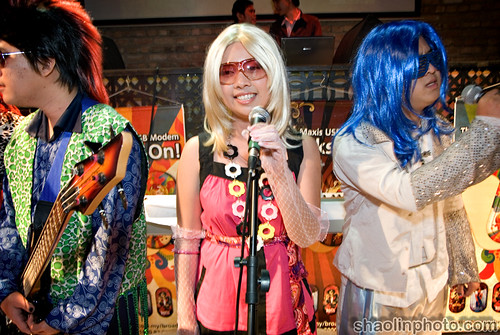 After that more fun and games, including Rockstar on the PS3. 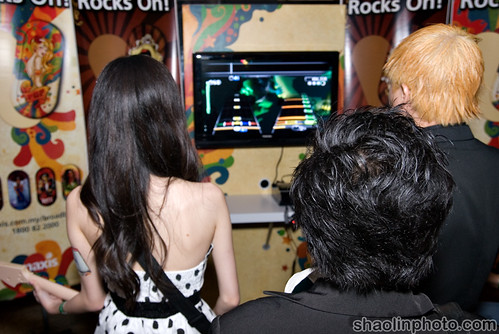 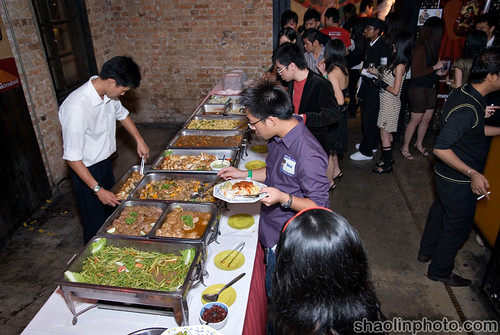 When everyone had their appetite satiated it was time for more fun! 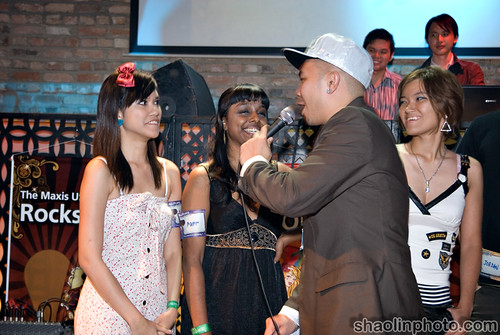 Who can hold the note longest – Zach? 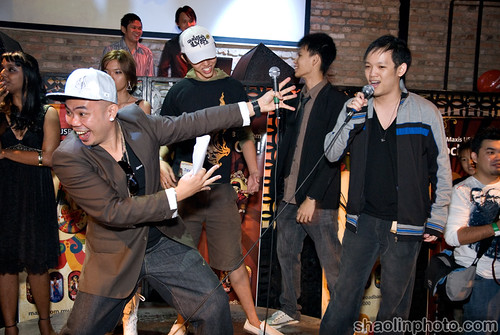 This girl can really sing. 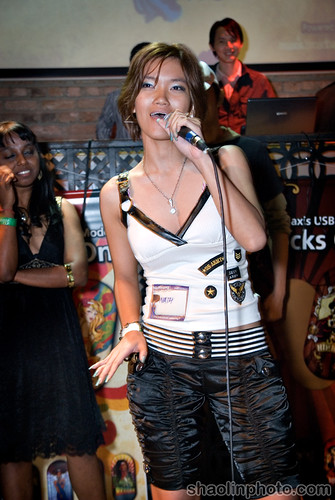 Of course after singing, it’s time for dancing! 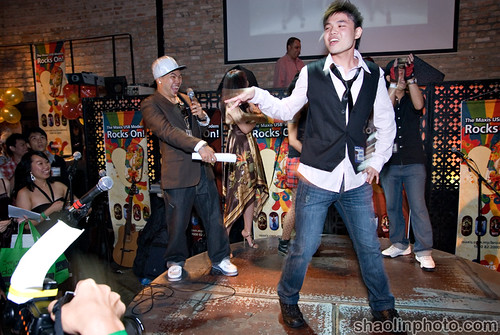 Girls and guys were giving it their all. 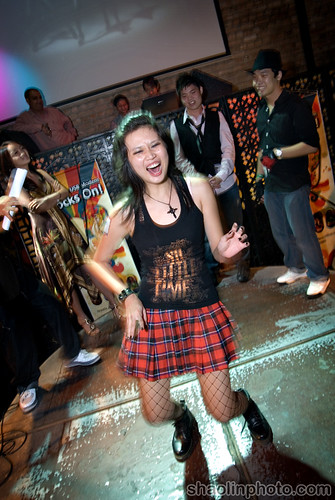 Followed by a splendid performance by the Nuffnang Allstars! 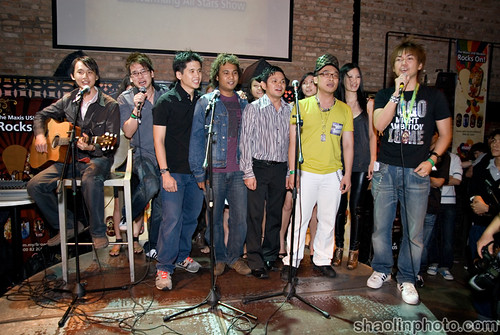 And a dance to the Bollywood style Jai Ho from the movie Slumdog Millionaire. 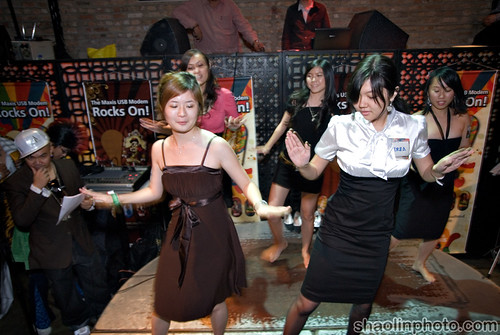 For a costume party it’s essential to have a contest! The 6 finalists. 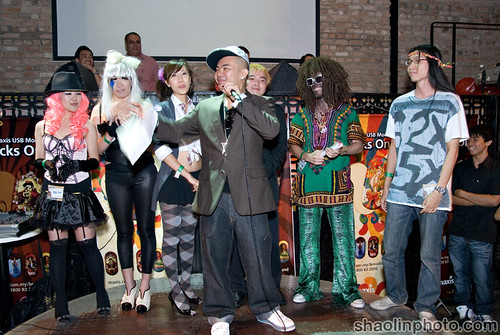 The winner was Bob Marley AKA Julian Hopkins. 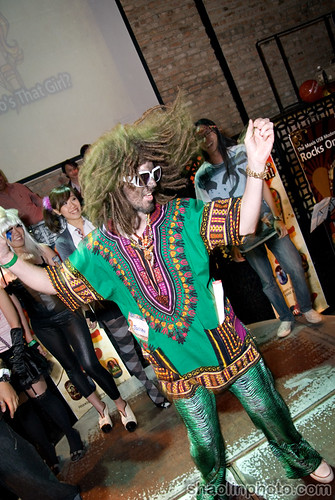 He won a PS3 – I’m jealous! Some other prizes were given out too and all in all it was a great party.

With all the activities wrapped it was time for some music and dancing, then off home to sleep for the journey to Singapore to see Oasis!

The full set of pictures is here:

With Detail and Slideshow.

Feel free to use any of the pictures in your blog or facebook, just please link back to https://www.shaolintiger.com – Thanks!