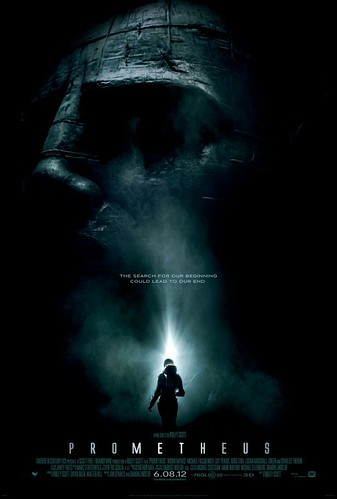 A team of explorers discover a clue to the origins of mankind on Earth, leading them on a thrilling journey to the darkest corners of the universe. There, they must fight a terrifying battle to save the future of the human race.

This is a film I’ve been looking forward to all year, I even mentioned it in my reviews of MIB III and Avengers.

It’s certainly been a controversial movie as it raises a lot of questions, far more questions than it answers. As a supposed prequel to the Aliens franchise, it bears a lot of similarities with the hardcore female protagonist (Sigourney Weaver/Noomi Rapace) and the robot sidekick (Michael Fassbender/Lance Henriksen). And well it was originally supposed to be a prequel, but later turned into an original work – albeit one that exists in the same fictional universe as Alien.

I’m a huge fan of the first 2 movies of the Aliens series, 3 and 4 were just trash. There’s been a lot of discussion how it relates to those movies, especially with the last scene and the Ridley Scott connection.

It’s doing well on IMDB with 7.6, although my faith in IMDB is getting less and less as the years go by – movies with high ratings can be 2 hours of pretentious crap. But that’s another topic altogether.

If you want a humorous look at the movie, you should check out these thoughts from Maddox – Prometheus in a nutshell.

As for my thoughts, I thought it was a fantastic movie – it was extremely visually stimulating (on IMAX 3D anyway) – it was beautifully crafted with subtle but enthralling 3D effects and it was just generally stunning.

I am rather confused as to why Charlize Theron was in the movie at all, but she’s hot so I won’t complain. 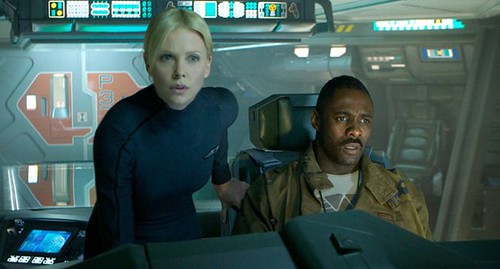 Michael Fassbender, who is one of the rising stars at the moment (especially after flipping his overly large penis out in Shame) was excellent as a dude playing a robot can be. He looked suitably robot like. 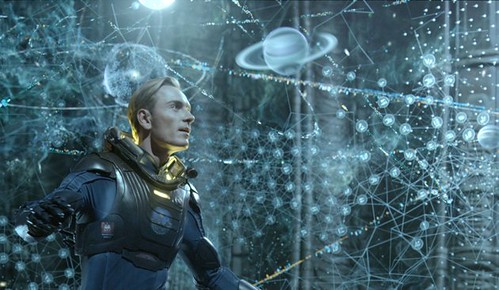 If you don’t know who he is, you might remember him as the young Magneto from the new X-men movie.

All all in, it’s an extremely gripping, beautiful filmed, visually arresting spectacle. If you are a sci-fi fan, regardless of what you’ve heard – it’s a movie you absolutely MUST watch.

I plan to watch it again, later in it’s fully uncut form as apparently some parts were cut out in the Malaysian cinema version and I personally can’t wait until the next movie in the series comes out.

If you have already watched the film and were really confused by the movie, read this:

I thoroughly enjoyed it, it was perfectly paced and time passed unnoticed – I walked out the theater feeling somewhat stunned, confused and amazed all at the same time. It’s a movie you’ll watch, take time to digest, think about, discuss and probably watch again later.