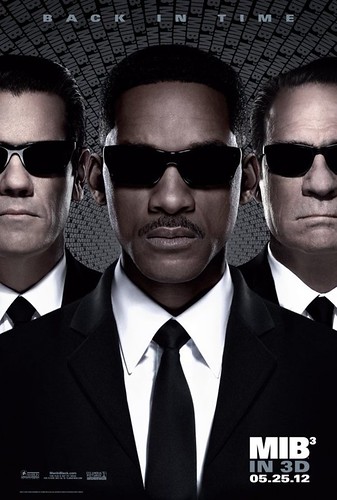 Agents J and K are back… in time. J has seen some inexplicable things in his 15 years with the Men in Black, but nothing, not even aliens, perplexes him as much as his wry, reticent partner.

The original Men in Black rocked our World’s 15 years ago in 1997, a truly unique concept with whacky aliens and great chemistry between the two main protagonists.

The rather lackluster second part (Men in Black II) rolled in exactly 10 years ago in 2002 – it definitely didn’t cash in on the franchise and left us with a rather dull taste in our mouths.

Suddenly out of the blue (for me anyway), comes the 3rd part and apparently the end to the series. The series used the 10 year break very well and headed back to it’s roots, it delivered the same fun sci-fi comedy that the first movie nailed so well.

The chemistry between Will Smith and Tommy Lee is just great as always, it’s like the partnership of in the Rush Hour between Chris Rock & Jackie Chan. 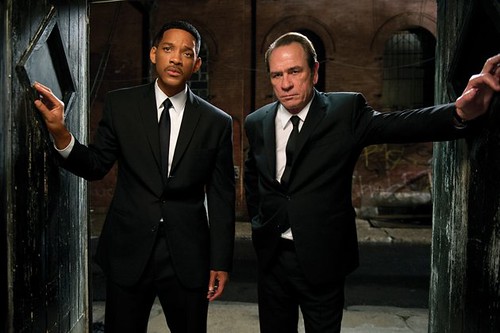 It’s a really fun film, and honestly speaking WAY better than I expected. The pacing is great, the plot is reasonable enough, the filming and cinematography is great and the whole flashback to the hippy era with a whole scene about Andy Warhol was just GREAT.

The 60’s/70’s part of the story allowed for a great soundtrack too.

And Josh Brolin is an amazing bit of casting, he really looks like a young less sullen version of Tommy Lee Jones – he’s a really powerful actor. 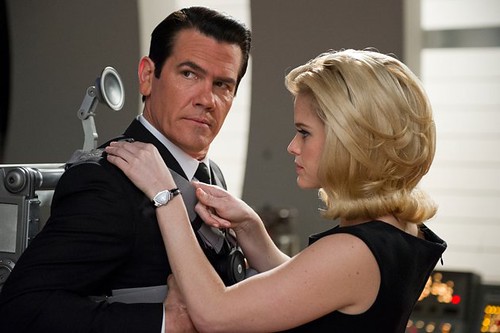 Definitely good enough to tide me over until I get a chance to watch Prometheus! One of the movies I’m really looking forwards to this year.

Anyway MIB3 is a definite must watch for fans of the series, even if you’re not a particular raving fan – it’s an enjoyable movie and well worth spending your money to see.

Sons of Anarchy – Violence, Sex & Motorbikes – What More Can You Want?!
Diablo III – My Thoughts (After Completing The Game On Normal)

4 Responses to Movie Review – MIB 3/Men in Black III – So Much Better Than 2!