Diablo III – My Thoughts (After Completing The Game On Normal)

So if you are into games, you probably know about Diablo III and the 12 year wait fans of the game have experienced. It finally hit the streets on May 15th (about a month ago) and everyone has been going wild on it since.

I’ve not really been into a game properly since DOTA classic on RoC back in the day (which I was quite possibly a little too into).

And now Diablo 3 – which despite the haters negativity – is a really good game. I finished it on Normal after about a week

I love the gameplay – both solo and co-op. The auction house is great, I’m not so sure about the RMAH (Real Money Auction House) as that may well break the whole online economy as people buy up everything of value causing massive inflation. Also the botting gold farmers are going at it hard, there are multiple sites online already selling D3 gold fora bout $8USD per 1 Million.

The RMAH will allow for the sale of entire characters too – so I think account hacking will be rife. Other than that – I love the game, the storyling, the gameplay and the thought needed about build and item combinations.

It’s a loot-fest yes, hack and slash..it’s Diablo – what did you expect exactly? My only real gripe is that the classes are really unbalanced – they are all fine at Normal and Nightmare – some are a little weak by Hell and completely useless by Inferno (OHAI Witch Doctor).

Demon Hunter is over-powered – too easy to build a glass cannon and just kite – if you are playing co-op any melee heros get butt-raped real fast. I hope more character balances come too because WD is probably the most interesting class.

Monk was the first roll though because it looks like me, he’s level 55 now and my WD is level 31.

The cinematics are absolutely STUNNING. 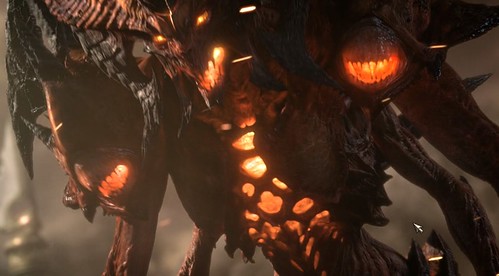 I found completing normal a little easy – especially with a melee character, definitely more challenging with a ranged char (without hand-me-downs from higher level toons). It was a bit pedestrian, things get a little more interesting on Nightmare – but still fairly easy for a well equipped character and shit gets real in Hell. 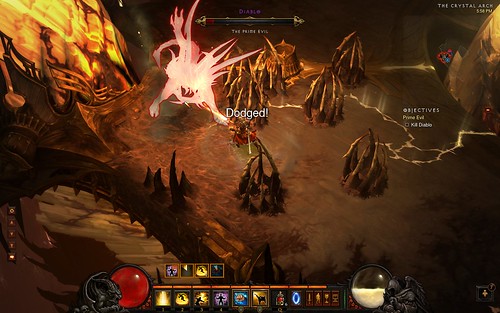 I killed Diablo first try tho – it was easier than I expected, some of the other bosses (and sub-bosses) were harder. The graphics are absolutely superb, it helps that I play everything on the highest settings – woohoo. 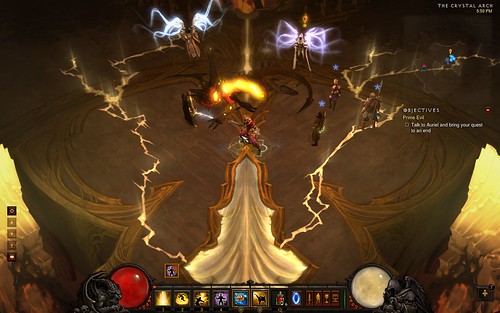 This was my Monk when I completed the game – Level 33 with 25 hours of play-time: 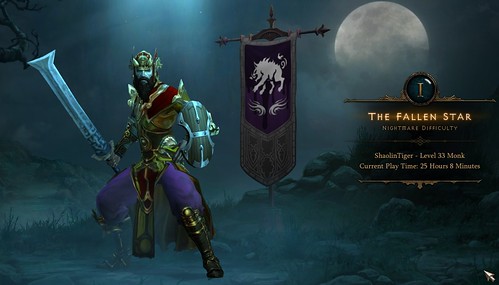 My attributes after finishing normal: 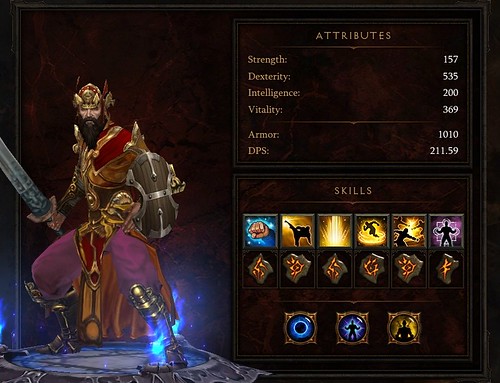 My DPS was pretty low, but I was a good tank with about 4000 hitpoints. 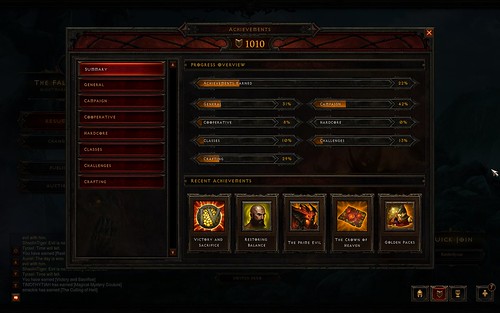 I really love the achievements, and the fact the sub-quests are randomized so every time you play a map you discover different things. There’s still sub-quests that level 60 players haven’t seen yet (and don’t even mention Whimseyshire).

There’s still so much more to play and explore, I’ve finished it on Nightmare and I’m on Hell now – trying to get my monk to Level 60 and capable of kicking arse in Inferno.

That will be hard though and I’m guessing will require a lot of farming and some mad high DPS + high resistance items. I just started an alt character during the past weekend too as playing Monk on Hell was a little too intense sometimes.

My Monk has about 4000DPS now and about 50,000 hitpoints – which isn’t too shabby. I’m really lacking on resistance gear tho and need to start getting some RES ALL type items.

I’ve gotten a Witch Doctor and started power levelling him and tooling him up with some sweet gear, the server was down for a LONG time last night – so I spent a lot of time reading on the forums. Turns out WD (as I mentioned above) is the worst char at high levels right now LOL. Oh well – I hope to make him uber powerful and a useful co-op partner and hope they buff his dogs/other summons soon.

I’ll probably write another post later with a bunch of tips for the game I’ve learnt along the way.

Movie Review – MIB 3/Men in Black III – So Much Better Than 2!
Beer Troubleshooting – Welcome To My Life