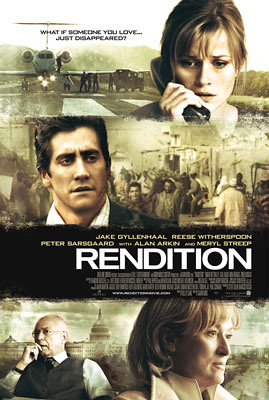 A thriller that centers on Isabella El-Ibrahimi, the American wife of Egyptian-born chemical engineer Anwar El-Ibrahimi, who disappears on a flight from South Africa to Washington. Isabella desperately tries to track her husband down, while a CIA analyst at a secret detention facility outside the U.S. is forced to question his assignment as he becomes party to the man’s unorthodox interrogation.

There seems to have been a spate of politically driven movies especially regarding the middle-east conflict and similar matters. It’s to be expected I guess with the current climate, it is after all what is on peoples’ minds.

Movies such as Babel, Syriana and even Constant Gardener come to mind as they all deal with conflicts.

Extraordinary rendition and irregular rendition are terms used to describe the apprehension and extrajudicial transfer of a person from one state to another and the term ‘torture by proxy’ is used by some critics to describe situations in which the U.S. has purportedly transferred suspected terrorists to countries known to employ harsh interrogation techniques that may rise to the level of torture. SOURCE

Scary eh? Basically you can be taken from anywhere to anywhere without ANYONE knowing about it.

Rendition tells a story, some may say an almost real story of an Egyptian man seized by the US government for no apparent reason..his case is very similar to the real life case of Khalid El-Masri who went through a similar experience due to one different letter (Al-Masri vs El-Masri).

The characters are strong, especially Omar Metwally as El-Ibrahimi, you can almost feel what he’s going through. 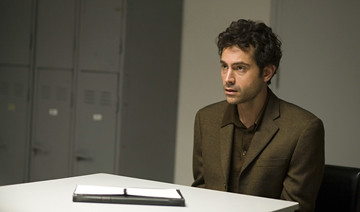 The movie does make you think, is it ever right to torture another human being? Is what the US considers anti-terrorist action fair and just?

Do human rights matter when it comes to saving thousands of lives?

These are questioned that may be raised in your mind when watching this movie, to me that’s a good sign..it means it’s provocative and it touches on some fairly sensitive points.

The flow is good and the camera work is absolutely stunning, it’s beautifully filmed. The soundtrack goes along with the movie well.

The only flaws I would say are the lack in character development of Mrs El-Ibrahimi and the agent played by Gyllenhaal. You never really get to understand these characters or find out who they are.