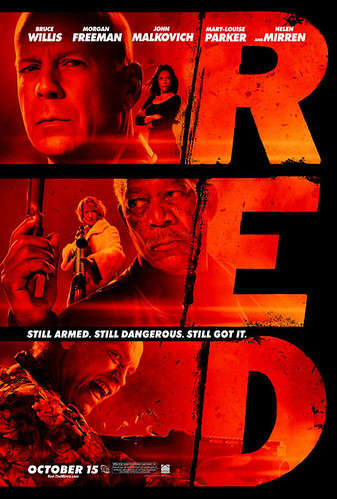 Frank, Joe, Marvin, and Victoria used to be the CIA’s top agents — but the secrets they know just made them the Agency’s top targets. Now framed for assassination, they must use all of their collective cunning, experience and teamwork to stay one step ahead of their deadly pursuers and stay alive. To stop the operation, the team embarks on an impossible, cross-country mission to break into the top-secret CIA headquarters, where they will uncover one of the biggest conspiracies and cover-ups in government history.

I saw this movie pretty much by chance, but I’m sure glad I did. And well anything with Morgan Freeman in it is going to be good isn’t it? Add on the bonus package of Bruce Willis, John Malkovich and Helen Mirren and you’ve got yourself a winner!

The movie is ranking well on IMDB with a solid score of 7.3, having already passed 10,000 reviews I’d say that should be a pretty stable rating. There seems to be quite a glut of action movies this year, and some very good ones too like A-Team and Expendables.

All in all it’s just a fun movie with great actors, it’s not complicated or deep – it doesn’t have any awesome twists or multi-layer storyline.

The cast makes it though, if you could handpick some of the best veteran actors around – you wouldn’t get a much better line-up than this. Bruce Willis is playing his typical action hero role, Morgan Freeman is as always the cool old man, Helen Mirren rocks it out – a departure from her regular ‘serious’ roles and John Malkovich is as always brilliant as a manic nutcase.

Doesn’t get much better than these guys! 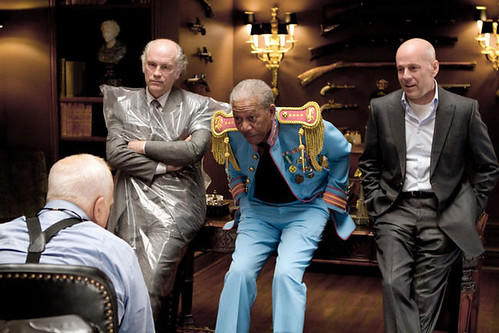 It’s a well paced movie, the dialogue is up-beat and everyone starring in the film REALLY looks like they had fun making it.

All in all it’s well worth a watch and if you haven’t done so yet, I’d suggest catching on the big screen as it’s definitely a movie best enjoyed at the cinema. A true popcorn flick!