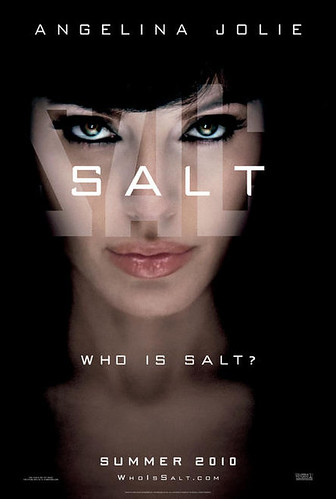 Before becoming a CIA officer, Evelyn Salt swore an oath to duty, honor, and country. She will prove loyal to these when a defector accuses her of being a Russian sleeper spy. Salt goes on the run, using all her skills and years of experience as a covert operative to elude capture, protect her husband, and stay one step ahead of her colleagues at the CIA.

I heard a lot of mixed reviews of Salt, a lot of people liked it, some found it terribly dull and a lot were just stuck in the middle finding it so-so or mediocre. I actually really enjoyed it! I guess if this was the first film you watched after viewing Inception you may well be disappointed as it’s not particularly intelligent or complex.

I had an advantage though, an hour before Salt I watched…Tekken, which is like 4.5/10 and not even worth reviewing. When I watched it on Saturday night it had 6.7/10 on IMDB (no idea why) and now it’s down to 6.0. I imagine it’ll be going down to the low 5 range.

So watching Salt, my movie expectations were already low and I’d heard a lot of people said Salt wasn’t that great so in all honesty I wasn’t expecting much going in. I wanted to watch Despicable Me too but it was fully jammed for all showings.

Anyway..back to Salt. I actually loved the 90’s Bond style throw-back to the Russian baddies and sleeper agents – everyone has to love GoldenEye, especially those who loved the game on the N64.

Angelina Jolie is of course fantastic in this role, it reminded me a little of her character in Mr and Mrs Smith – but more serious. And she has been in some fantastic and heavy movies recently like Changeling & A Mighty Heart.

Of course with her outrageous ass kicking, there was a bit of a Wanted thing going on too – without the ridiculous curving bullets. 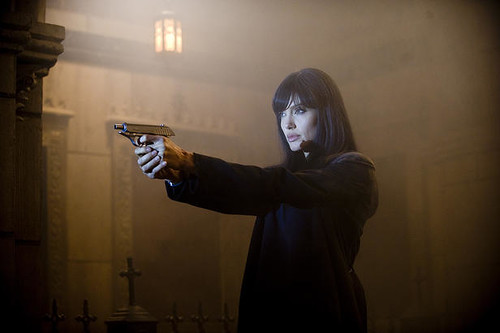 Liev Schreiber was solid as usual, he’s come a long way since doing the Scream films, Defiance with Daniel Craig was a great movie.

It seems like the Bourne trilogy has indeed spawned a whole new generation of hard-hitting super action spy hero films with some people labelling Salt as the new female Bourne.

I can see why with the frenetic action scenes, close and tight camera angles and the MacGyver creation of things that can make big bangs.

All in all I enjoyed the film, it’s a nice, easy to watch summer popcorn action flick and I’d give it a good solid 7/10.