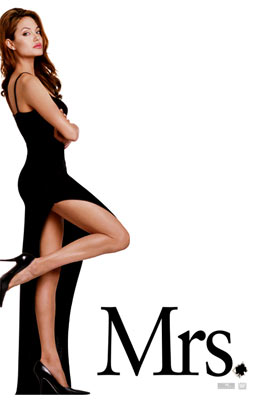 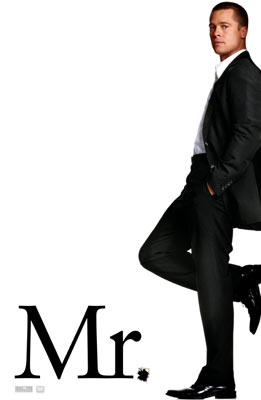 A married couple (Pitt and Jolie) are getting bored with their quiet domestic life. What they don’t know, however, is that they’re both assassins, secretly hopping the world and killing for hire. But their separate lives are about to collide when each finds out their next target is their own spouse.

Mr and Mrs Smith[/url] is a sexy, stupid, popcorn fluff movie, and it was good fun.

It was exactly what it was supposed to be, it wasn’t pretentious, it wasn’t ‘clever’ it wasn’t deep or thought provoking, it was funny, action packed and there was good chemistry (almost electric) between the super good looking couple Pitt and Jolie.

If you’ve been in that kind of a relationship (ok without the professional assassins part), you’ll totally get their sharp digs at each other, very witty.

Jolie was perfect for the role, strong but subdued, a vulva surrounding a volcano waiting to explode.

And Brad Pitt was good, cocky but not too arrogant, sure of himself, funny, likeable, he acted well, for once 😛

Again the ending was horribly cheesy…but what to do, it came out of the US and most of their films panda for the home audience.

I’m just disapointed about the lack of naked sex…well it was released as a PG-13, it was 18 in Malaysia obviously…

It’s definately worth watching if you just want to have fun.