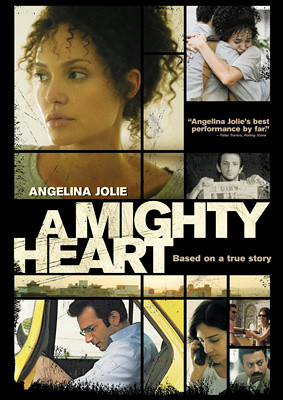 On January 23, 2002, Wall Street Journal reporter Daniel Pearl is to fly from Karachi to Dubai with his pregnant wife, Mariane, also a reporter. On the day before, with great care, he has arranged an interview in a cafÃ© with an Islamic fundamentalist cleric. When Danny doesn’t return, Mariane initiates a search. Pakistani police, American embassy personnel, and the FBI examine witnesses, phone records, e-mails, and hard drives. Who has him? Where is he? There’s also the why: because of U.S. abuse of prisoners at Guantanimo, because of a history of Journal cooperation with the CIA, because Pearl is a Jew? Through it all, Mariane is clearheaded, direct, and determined.

This is a serious film, a very serious film…when I elected to watch a serious movie – I didn’t quite realise how harrowing this film would be. It’s extremely tense, emotional, sickening and the most horrifying part of all is that it’s all real.

The story is based on the memoir by Mariane Pearl of the same name A Mighty Heart about the kidnapping of her husband Daniel Pearl which took place in 2002 and got a lot of press.

I’m sure most of you as my readers probably saw the video of the vile act when it actually occured.

Anyway…for the movie I have to say Jolie is really developing as an actress, the intensity she puts into this role is incredible. She did get some flack for the role as she’s not black and was accused of blackfacing for the movie….a bit of outrage from the African American community.

Although from what I know, she didn’t darken her skin for the role, Mariane Pearl isn’t particularly dark anyway.

Either way she was great as Mariane. 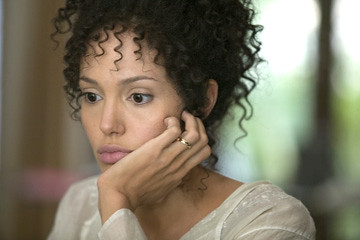 Definitely a movie worth watching, but make sure you aren’t feeling fragile when you do as it’ll take you to some dark places even though the investigation and police work done by the Pakistanis was phenomenal.

The pace could have been a little better at times and I would have liked to have seen more of Danny.

I give it a worth watching but SERIOUS 7/10.