Cambodia Day 4 – An Afternoon at Tonle Sap (The Great Lake)

After the mornings harrowing visit to the Land Mine museum in Siem Reap we had lunch near the guesthouse at a local restaurant then had a rest back at the Guest house before heading out to Tonle Sap (The Land Mine post provoked quite a discussion at Tomorrow).

Of course with lunch was some Angkor beer, kind of compulsory 😉 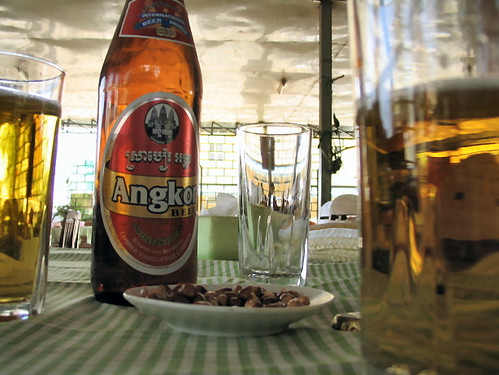 Then grabbed some Banana Fritters on the way back (Pisang Goreng), quite different from the Malaysian ones I have to say..They take the banana then put in a plastic bag with some powder and whack it so its flat, then they batter it (The batter has poppy seeds or something in it) and fry it, so it’s crispy and fluffy and just great. 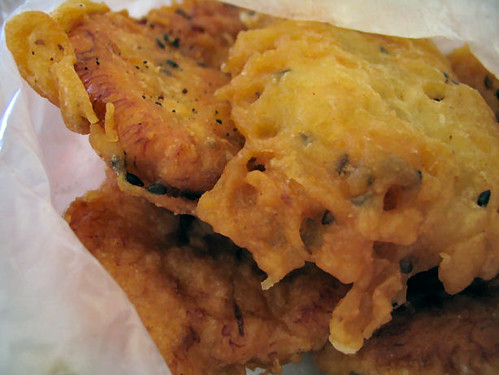 I bought a couple extra and gave them to the kids at the side of the road who did actually look like they were starving. I told them to share it too, and they did, which was nice to see. 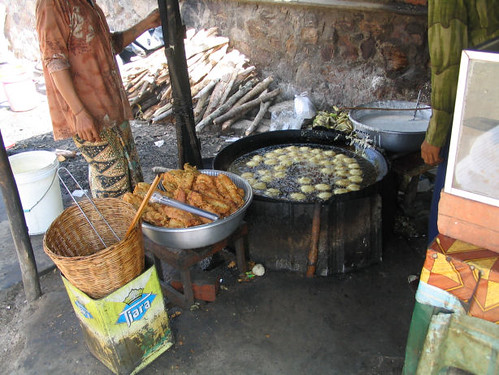 After that we took a rest for a while, then around 2pm we headed out to Tonle Sap.

The TonlÃ© Sap (meaning Large Fresh Water River but more commonly translated as Great Lake) is a combined lake and river system of huge importance to Cambodia. It is the largest freshwater lake in South East Asia and is an ecological hotspot that was designated as an UNESCO biosphere in 1997. 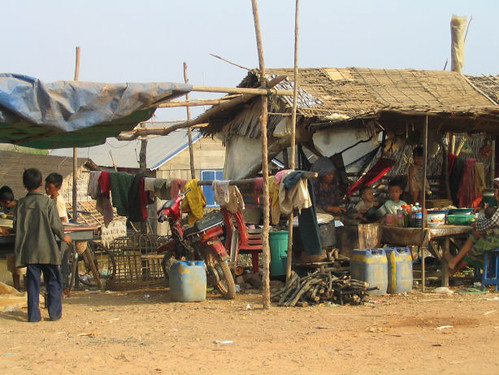 There are a large number of boat operators there, as you can see, catering for different languages such as Thai, Korean, Japanese, Chinese, Tamil and English. 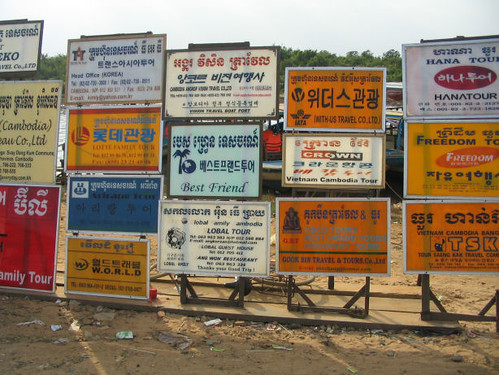 The people who actually live on the lake seem better off than those at the roadside, well of course they can afford a house, a boat and supplies. The floating village is more of a city with shops, schools, churches and restaurants. 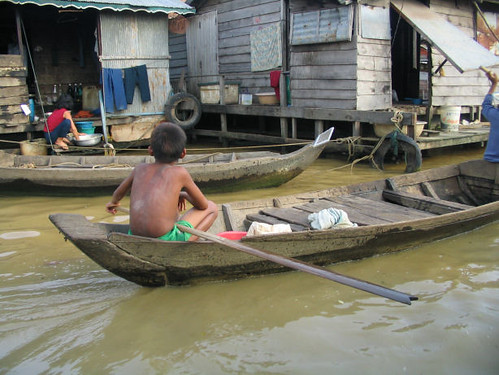 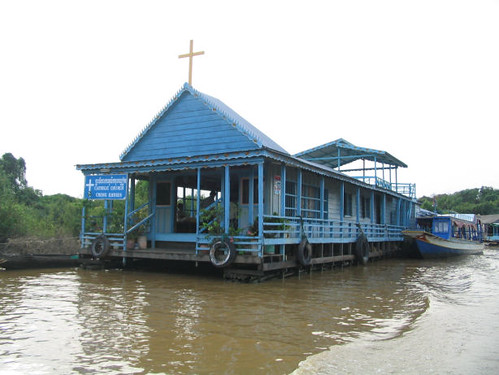 They live there, eat there, cook there and work there. 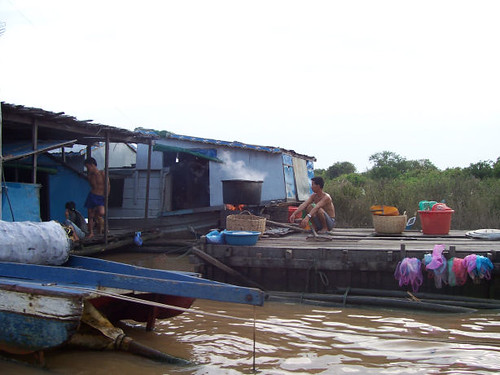 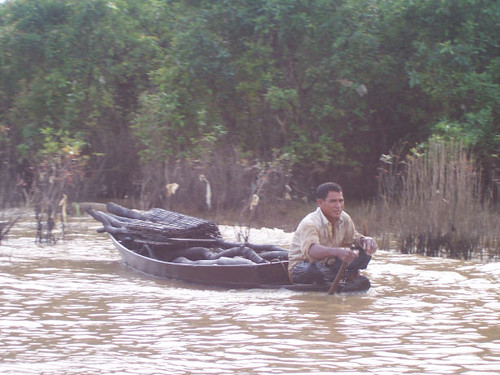 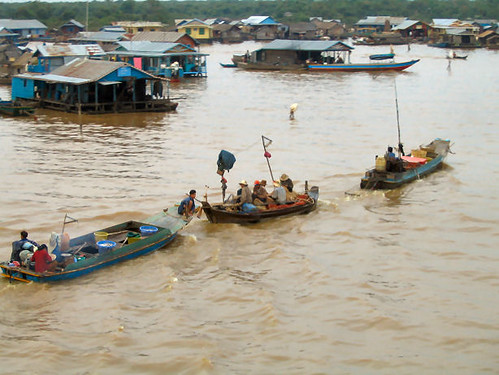 Then there are these little vietnamese kids rowing around in bowls…yes BOWLS..some of them are extremely pushy in begging, so I chose to take a picture of this kid, he looked like he’d just finished school and he wasn’t pushy, so I took my picture and gave him a few hundred Riels. 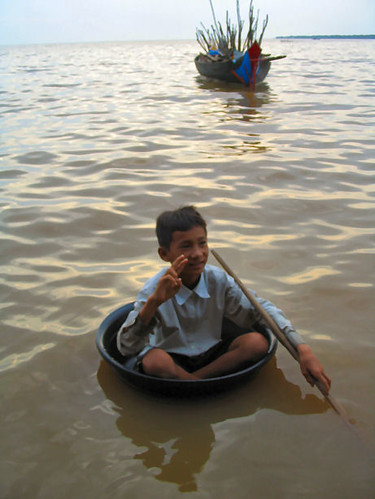 We were there for the sunset but it was pretty cloudy, and we wouldn’t see anything, so we headed back before it got dark.

The boat trip will set you back around $10USD per person.