You will usually leave a little early if you chose to go to Banteay Srei and you will pay a $10 surcharge for the day for petrol as it’s quite a lot further than the other temples, it will take around 45 minutes to drive there (and petrol is expensive in Cambodia).

It is reputed to be one of the most beautiful temples though, I have to agree really the carving is truly breathtaking, it’s so intricate and so perfect after hundreds of years. It’s commonly known as the pink temple, as it’s built from a different kind of stone with a pinkish hue.

Banteay Srei (The women’s citadel) is one of the most unusual temples of Angkor, Cambodia. It lies 25 km northeast of the main group. It is built largely of red sandstone, which is covered with elaborate and deeply carved decoration. The buildings themselves are miniature in scale. These factors have made the temple extremely popular with tourists, and have led to its being widely praised as a “precious gem”, or the “jewel of Khmer art”.

Consecrated in 967, Banteay Srei was the only major temple at Angkor not built for the king; instead it was constructed by one of king Rajendravarman’s counsellors, Yajnyavahara. The temple was primarily dedicated to Shiva (the southern buildings and the central tower were devoted to him, but the northern ones to Vishnu). It lies near the hill of Phnom Dei 25 km (15 miles) northeast of the main group of temples, where the capital of the time (Yashodharapura) was located

As you can see the artwork is really stunning. 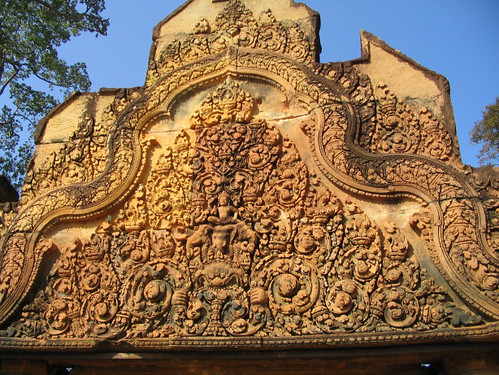 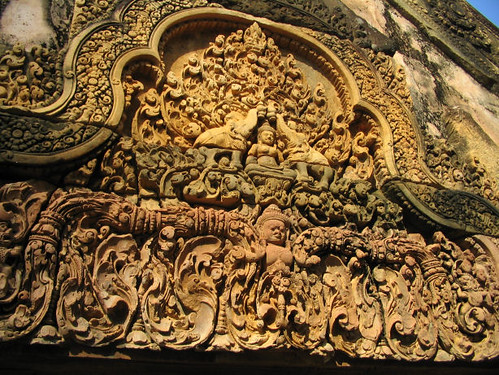 There was even a big group of monks there as tourists, I think from Thailand. 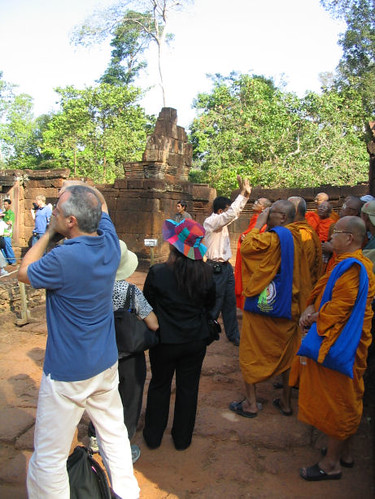 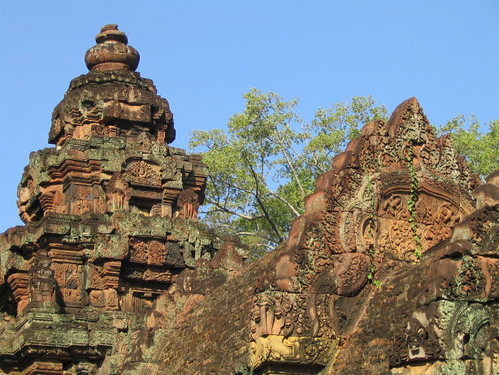 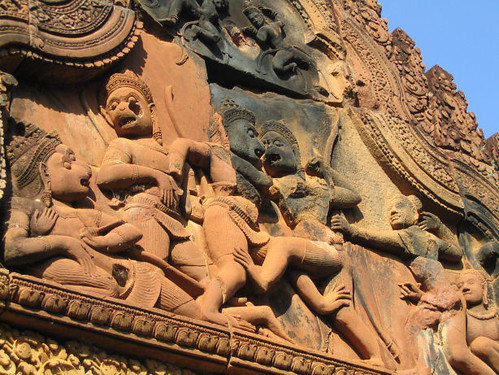 After that we headed to Ta Som, a fairly small temple dedicated to the father of King Jayavarman VII.

Ta Som was a nice change, with very few people there. 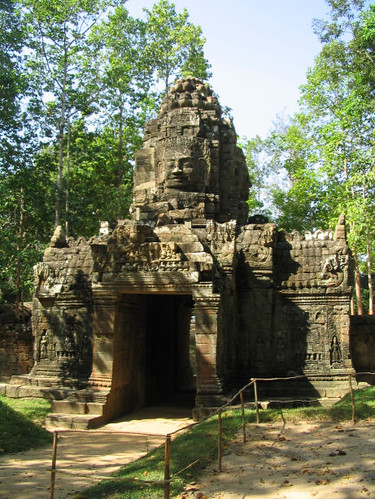 The Apsara were a lot different here, and the carvings much deeper. 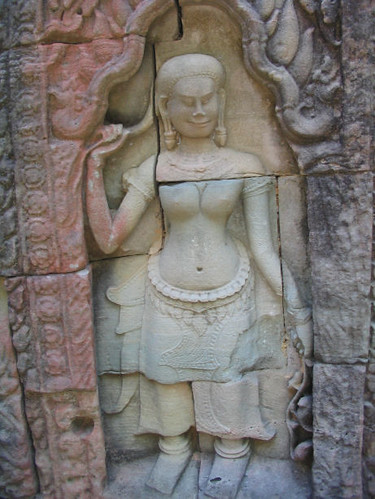 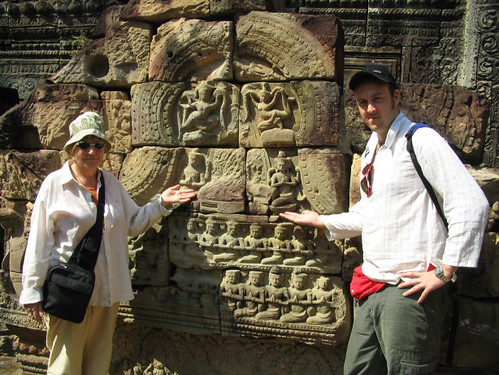 The main attraction of Ta Som is this huge ass tree, growing over the doorway. 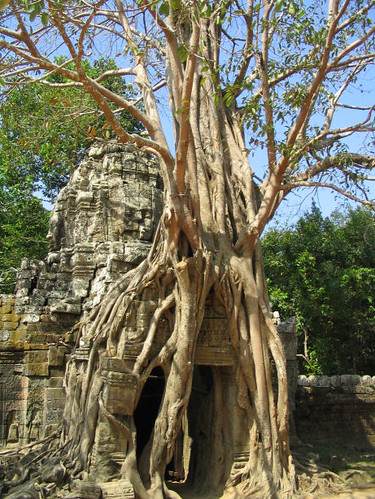 This little girl was ultra-persistent…it is one thing I will warn you about, it is heartbreaking to see these beautiful little kids covered in mud selling postcards and trinkets for a dollar, it is recommended however DO NOT GIVE MONEY TO CHILDREN, a lot of the kids are stolen or bought from Vietnam and the rest should be at school, not begging. This little girl went through 3 languages trying to sell us a pack of postcards.. 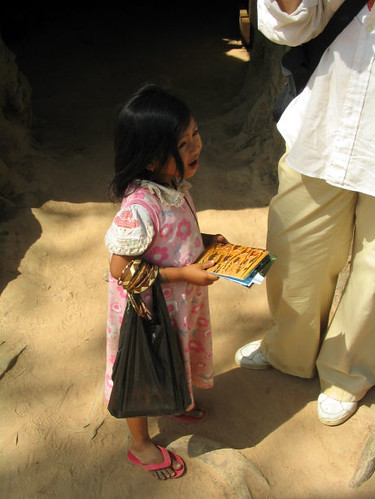 They are SO cute though. A pack of postcards will set you back $1USD. Buy from the adults please.

After that we headed to Neak Pean, a very unique and memorable monument. 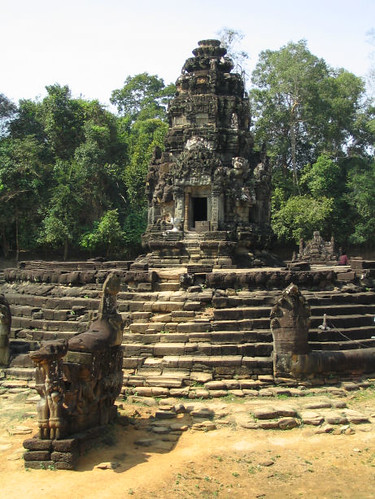 Neak Pean at Angkor, Cambodia is an artificial island with a Buddhist temple at the center of Jayatataka Baray, or Pool of Jayavarman.

There are 4 pools and at each side there is a head, representing the 4 animals of Hindu or something like that..the elephant, the cow, the bull and the horse. This one was the Human, emulating the hot springs in India. During the rainy season, the pools are still full. 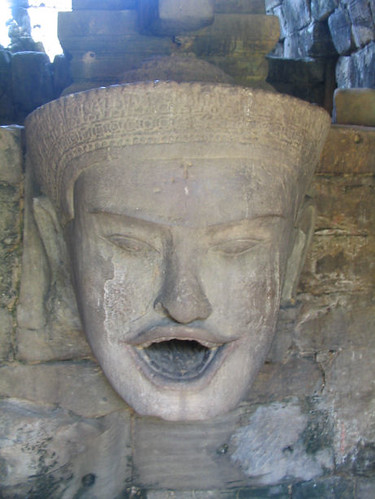 After that was the last stop before lunch Preah Khan.

As you can see here a lot of the statues are desecrated with many of the Hindu deities and Buddhist statues missing their faces or heads. 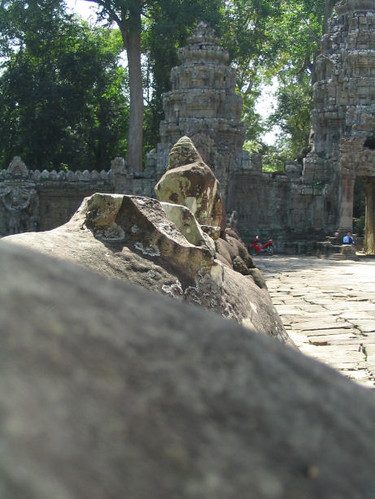 Preah Khan is a large temple,t he temple’s foundation stela has provided considerable information about the history and administration of the site: the main image, of the boddhisatva Avalokitesvara in the form of the king’s father, was dedicated in 1191 (the king’s mother had earlier been commemorated in the same way at Ta Prohm).

The temple is still a destination for Buddhist pilgrims.

The pillar represents the 108 steps to acheive enlightment. 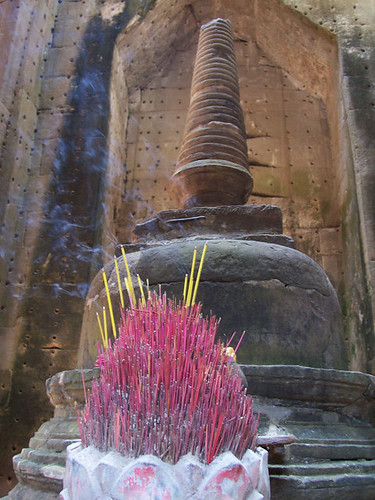 It was quite run down, but very atmospheric. 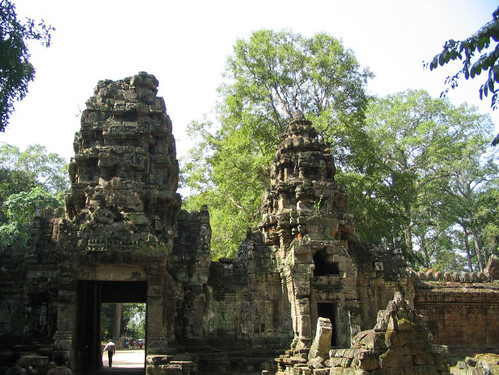 After that we headed back to Angkor Wat for lunch in that area, and had a wonder around the stalls there. 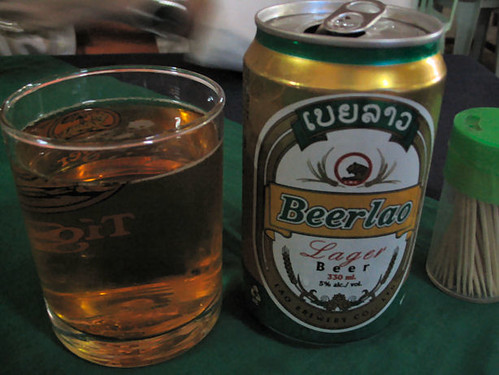