Up again early for breakfast, breakfast being Porridge, much like the rest of Asia (Rice porridge or Congee, not Oats like the Scottish were expecting), or something like Toast or Cereal.

I had space on my camera again on this day, as the night before I burnt all my pictures to a CD at a nearby cybercafe, this service cost $2 and then $1 for an hour of (EXTREMELY SLOW) Internet access.

The Roluos group is a very old trio of temples dating back to the 9th century.

Roluos’s monuments or The Roluos group lies 15 kilometers south-west of Siem Reap and includes three temples – Bakong, Prah Ko and Lolei – dating from the late 9th century and corresponding to the ancient capital of Hariharalaya, from which the name of Lolei is derived. Remains include 3 well-preserved early temples that venerated the Hindu gods. The bas-reliefs are some of the earliest surviving examples of Khmer art. Modern-day villages surround the temples.

First up we went to Lolei. 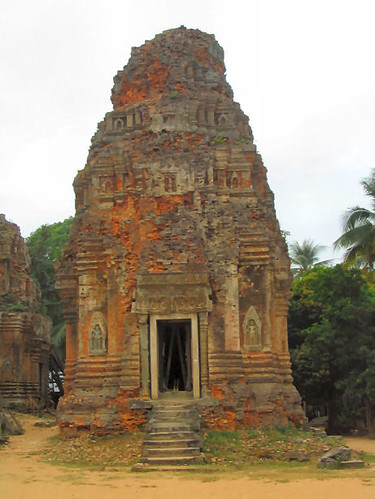 Lolei is the northernmost temple of the Roluos group at Angkor, Cambodia. It was built in the late 9th century under Yasovarman I, being dedicated in 893. It was an island temple, located slightly north of the centre of the Indratataka baray, construction of which was almost completed under the previous king, Indravarman I. The baray is now dry.

Lolei is comprised of 4 very old looking tower sanctuaries made of bricks, not the large stone blocks like the later temples.

The kids had piled up little rocks all around the temples, which was quite a site. Apparently they had no significance though. 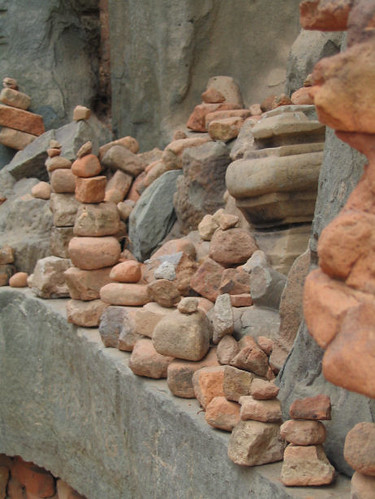 Lolei really does look ancient and is propped up all over the place like a frail old man. 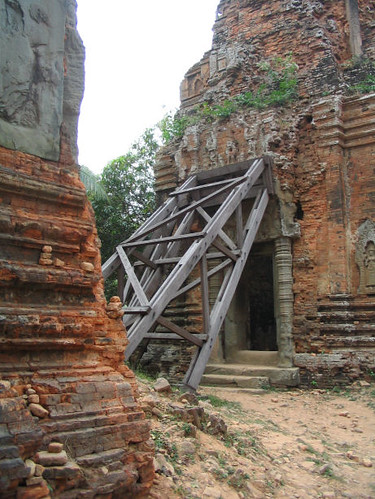 There were Sanskrit inscriptions inside the door frames which helped the historians piece together the past purpose of the temple. 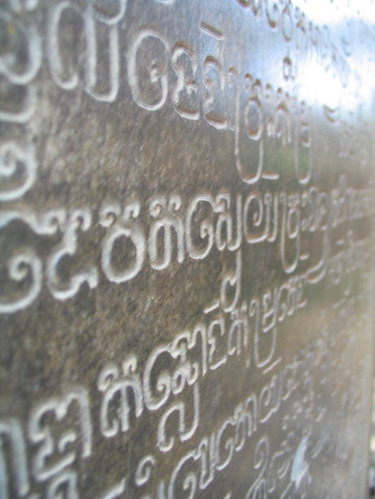 After that we headed over the Bakong, the first real pyramid shaped temple in the Angkor complex. 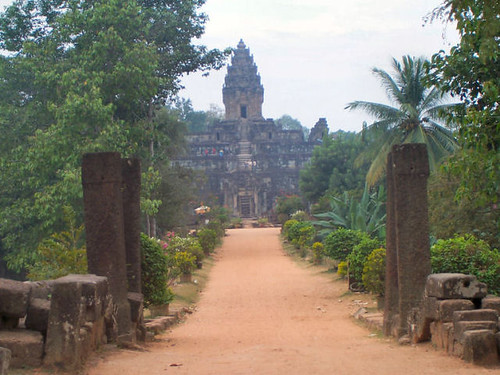 The central temple built by Indravarman I one year after Preah Ko, is another example of sandstone mountain-temples. The five superimposed terraces symbolize Mount Meru. ‘Discovered’ by Henri-Marchal in 1936, the temple has been completely restored stone by stone. It’s the nicest of the Roluos temples for its atmosphere, as it is lost in the jungle.

It’s a very majestic temple and somewhat reminscient of Angkor Wat itself with a large moat surrounding the complex.

Bakong signifies the climb to heaven, the steps are very large which has the effect of making you kneel as you climb them, at the top was hosted a huge Linga, which unfortunately was no longer there. 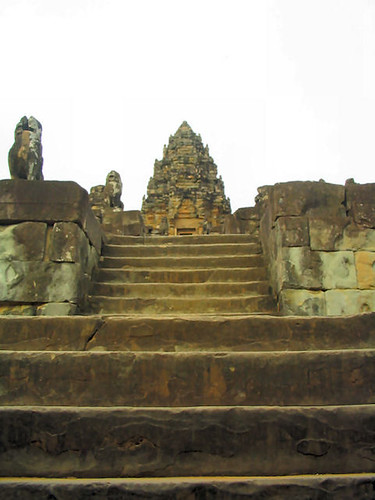 There is an active school and monastery in the grounds of Bakong, which led me to see the cutest boy EVAR. Yeah I know..how can you not want to adopt one? 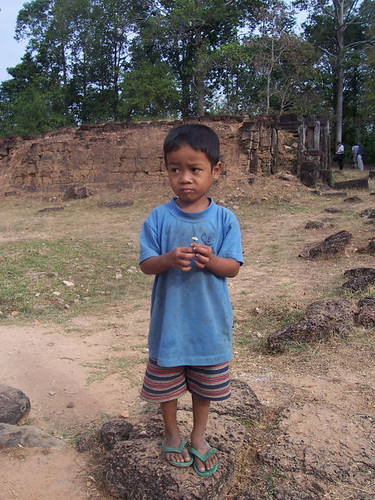 The temple is embellished with lions squatting at the base of each tier. 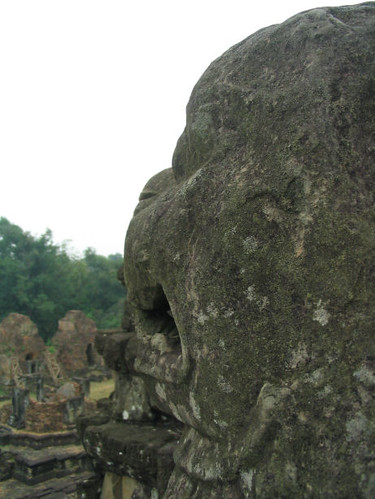 After that was the last temple of the group Preah Ko, which was pretty much a ruins! 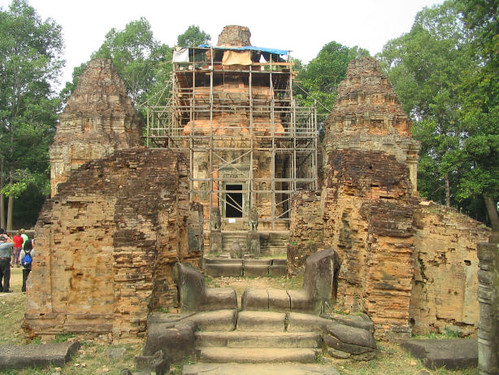 Built in 879 by Indravarman I in honor of his ancestors. Known as the temple of the sacred ox and dedicated to the Hindu god Shiva feature three sacred oxen in front of the first row of temples, all in poor condition. The front towers relate to the male ancestors or gods, the rear towers to female ancestors or goddesses. A series of lions guard the steps up to the temple platform.

This was about the only temple I saw which had carvings of male warriors, not just female forms. 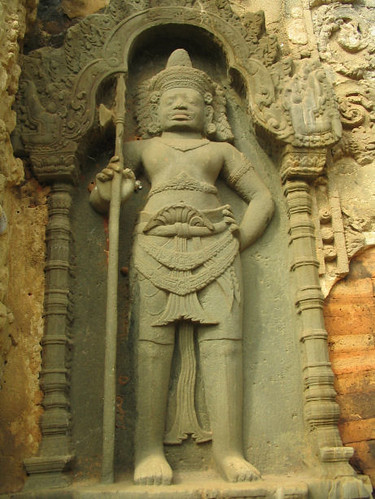 Bakong is definately the best out of the three.

It was quite an early morning, and the afternoon was penned for Tonle Sap, so we had a few hours to spare. I suggested we head to the landmine museum, which we did..Coming next.

On the way we stopped off at a few big tourist shops as it was Chinese New Year and our guide said if we visited the shops they would get presents, they told us not to buy anything though as it was overpriced, so we thought why not. Do them a favour, so we went round 3 huge tourist shops and didn’t buy a thing, the guide and driver each got some kinda hamper things with biscuits and fizzy drinks 🙂