Cambodia Day 1 – Leaving on a Jet Plane to Siem Reap

So I decided before my Mom came, to take her on a little trip, seen as though she’s flown half way around the world to get here, I was looking at the Malaysia islands like Langkawi…then I saw Air Asia was flying to a bunch of new places, one being Siem Reap..although I had no idea where it was, I looked up all the new places, most were in Indonesia.

But Siem Reap it turned out was in Cambodia, and only 5.5km from Angkor Wat! I was so excited, and I knew my Mom would LOVE it there. So I booked the tickets, it was only $9.99 each way for the tickets as it was a new destination. You can check the prices now on Air Asia. I think you’ll find it’s about $240 for the ticket to and fro now (Around $80 there, $160 back).

So before going I did some research on the net, the best places I found were Wikipedia for Siem Reap/Angkor Wat and the Tales of Asia site. Tales of Asia has MORE than enough info on health, currency, immigration issues, travel, what to see, where to eat, where to go and so on.

Take a note that the currency there is mainly USD, the local currency (The Riel) is only used for small change and small transactions.

The official currency is the riel, however the de facto currency is the US dollar and most prices are quoted in dollars. Even the government quotes fees in US dollars. As there are no coins in Cambodia, riels function as small change and you’ll accumulate some during your trip. There is no reason to change significant quantities of cash into riel, but it’s a good idea to carry a few thousand riels in your pocket for moto drivers (they NEVER have change) and other small purchases

So off I went to KLIA with a pocket full of USD, a few ideas of where to stay and a bunch of print outs from the net.

The Air Asia flight was timely for once, and we arrived in Cambodia after 2 hours and 5 minutes as expected. Bear in mind if you are not from South East Asia you will have to pay for a Visa when you arrive in Cambodia, you require a recent passport photograph and $20USD.

It’s the first visa entry card I’ve seen with a picture and in COLOUR! 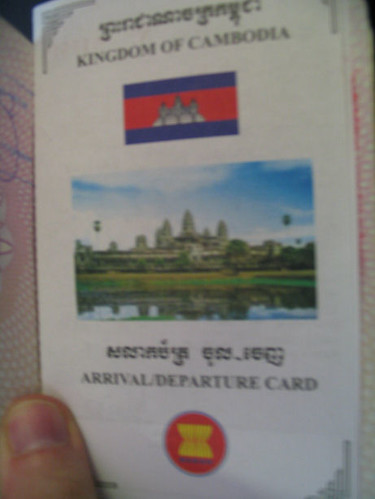 I hadn’t slept the night before…and I looked like it too LOL, I went back to the hotel and crashed out. 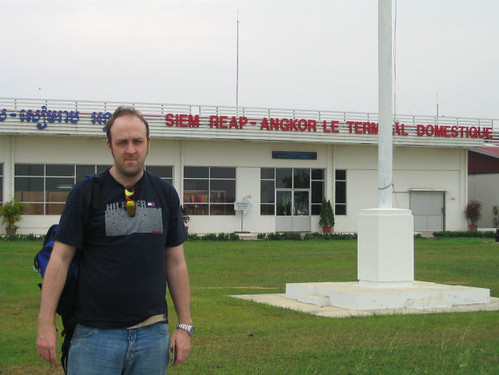 You can get from the airport into town for $5USD for a taxi or $1USD for a Tuk-tuk.

I woke up just about in time for dinner, best! Most dishes are about 3-4USD some slightly more, obviously expect to pay more in the guesthouse than outside, unless you go to a posh or a tourist restaurant. This is for Khmer food, it’s fairly much like Thai food but not spicy. 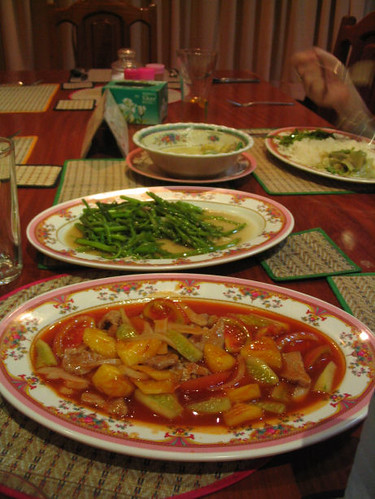 We had 3 dishes for dinner, some kind of vegetable.. 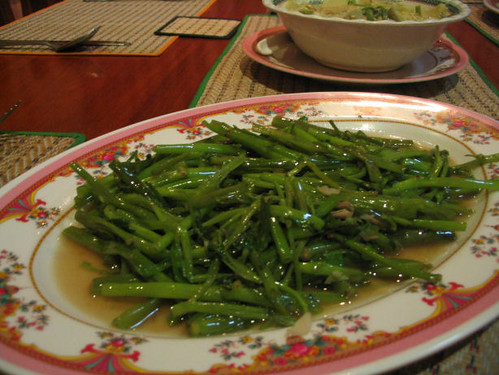 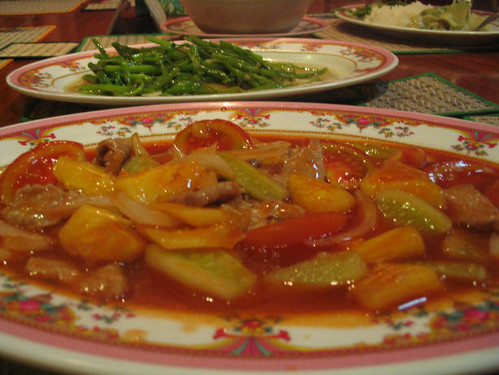 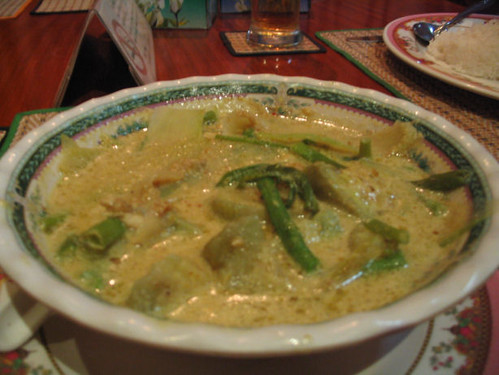 We organised our plan that night too, from what I’d read I decided to get a guide and a car, a guide will set you back around $25USD a day however you travel and a car around $20USD a day. If it’s a bigger group, you can hire a minibus, but I’m not sure on the cost for that.

You can opt for a cheaper Tuk-tuk for around $12USD a day, but bear in mind a Tuk-tuk can only really accomadate two people and the cars there are 90% old Toyota Camrys so they can take three easily (Remember there is a guide and a driver, so there are already 2 in the car).

Also calculate in the cost of the Temple Pass ($40USD for 3 days per person).

Siem Reap is not a huge place, so wherever you stay it’ll probably be within walking distance to the old market and the middle of town with the bars/restaurants, from our place it was about 15 minutes walk, pretty much any distance is $1USD on a Tuk-tuk.

And you call me COLOURED?!
Cambodia Day 2 – Itinerary – Morning in Angkor Thom and Bayon