Sekinchan With Shutter Asia – The Ricebowl of Malaysia

If you’ve been reading my blog for a while you may remember I went to Sekinchan a couple of years back in June – A Trip to Sekinchan Paddy Fields with Shutter Asia — June 2nd.

I went again this past weekend, we planned to go towards the end of the year this time to catch the paddy fields just before harvesting when they are more yellow.

We were still a little early though as most of the fields were still green, I think the first week of December should be better. Unfortunately though this time of year is the rainy season, luckily in the morning we had fantastic weather and we left after lunch this time and avoided the hideous thunderstorms on Saturday afternoon.

The group picture, it was a big outing this time with around 10 cars. 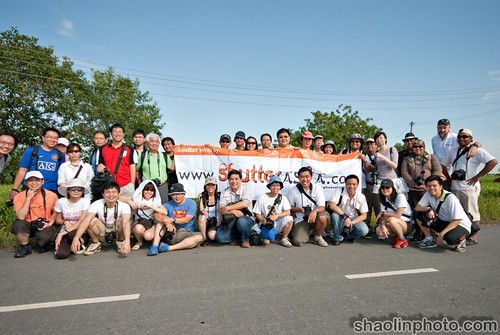 The paddy fields were a little more yellow than last time and we had beautiful blue skies to compliment the colours, it was blistering hot though. 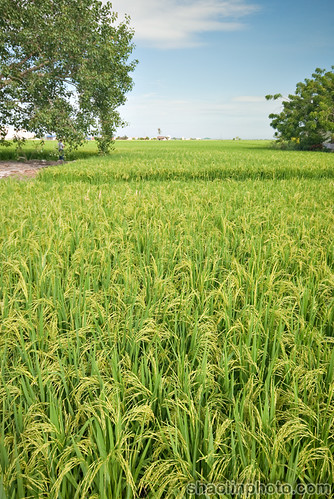 I found this interesting tractor outside one of the houses which reminded me of Mater from Cars. 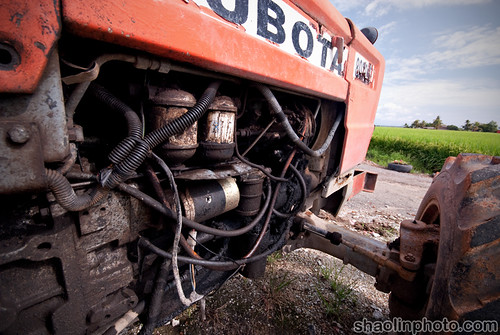 A closer look at the yellow paddy. 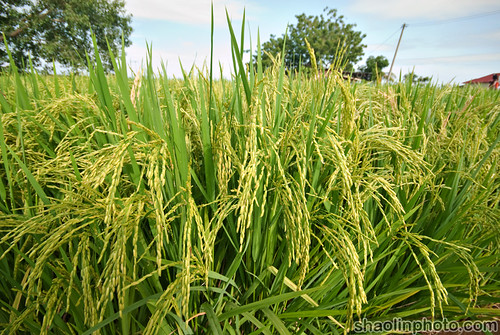 The good thing with paddy fields is there’s an abundance of drains and waterways to give glorious reflections of the fluffy white clouds in the deep blue sky. 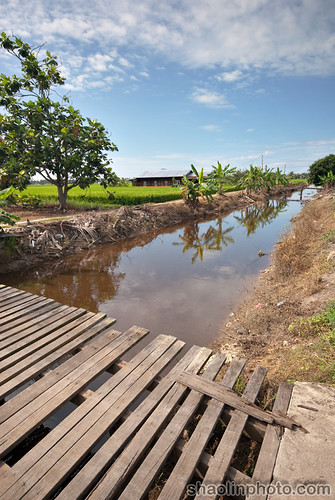 An identifying sign-board for one of the paddy lots. 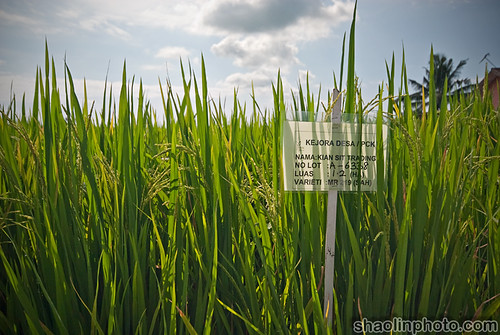 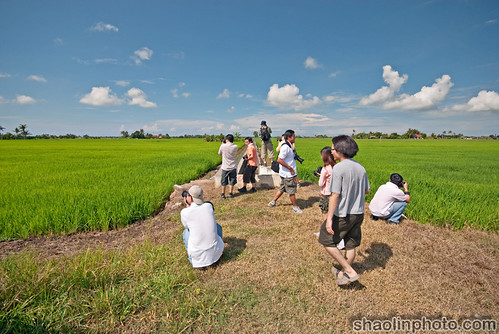 This field was lalang not paddy, but it still made for some interesting shots. 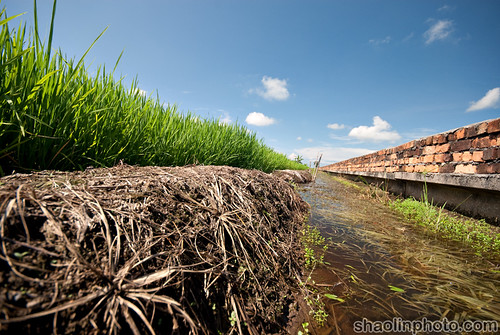 The Airtrek baking in the sun, the disadvantage of having a black car in times like this. 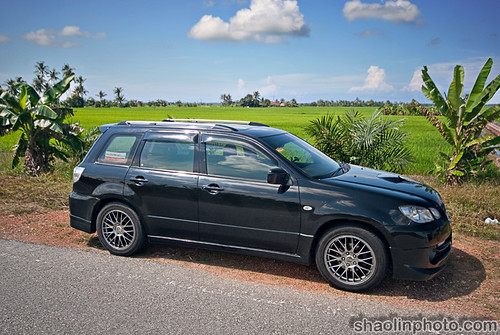 After lunch at Restoran Chai Lee we headed over to the fishing village, unfortunately it seems to be off season for the fishermen and it was low tide so there was very little activity there.

We did find one place open making yong tau fu and fishballs. 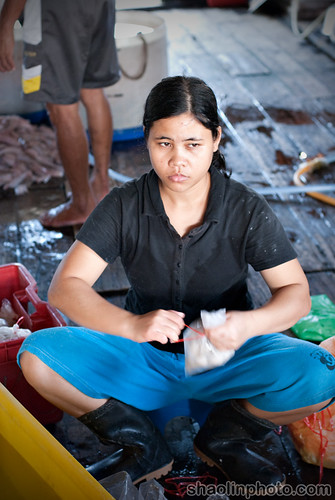 They were very quick and nimble, the speed with which they carried out their tasks was quite amazing! 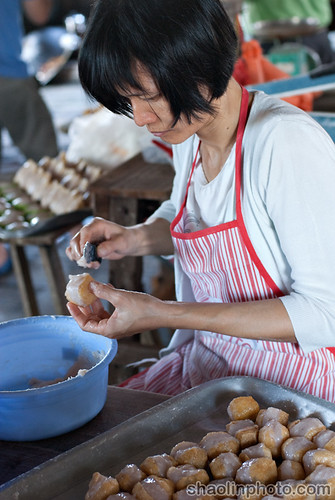 Making dumplings..After watching the food handled, the dogs sniffing around and the general cleanliness after seeing this you make think twice the next time you eat steamboat or yong tau fu. 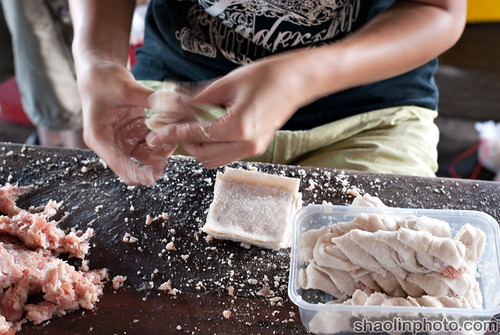 Seen as though there was nothing much to shoot at the fishing village, I ended up shooting myself. Cam-ho ftw! 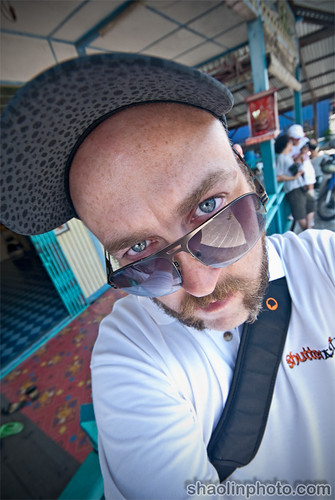 And everyone’s pictures from the outing on Shutter Asia here:

18 Responses to Sekinchan With Shutter Asia – The Ricebowl of Malaysia