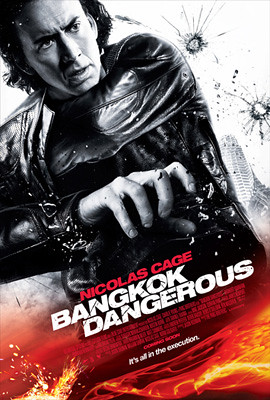 The life of Joe, an anonymous assassin, takes an unexpected turn when he travels to Thailand to complete a series of contract killings. Joe, a remorseless hitman, is in Bangkok to execute four enemies of a ruthless crime boss named Surat. He hires Kong, a street punk and pickpocket, to run errands for him with the intention of covering his tracks by killing him at the end of the assignment.

I was really looking forward to this film, maybe a revitalisation of Nicolas Cage’s career after the dogs he’s been in like Ghost Rider. The poster looked good, the concept familiar, directed by the Pang Brothers, the location exotic and the action assured..

Well so I thought, I don’t even know how it scores 5.4 on IMDB – a lot of generous people I think.

In a way the movie reminds me of one of my favourite movies of all time, Replacement Killers…it’s just about 1/10th as good. I love Nicolas Cage in The Rock and Face off (My second favourite action movie EVAR!).

Nicolas looks kinda old and out of shape, and his acting seems to be getting worse as he gets older. Why the love story with the mute 40 years old HK actress? WTF was that about – how lame. 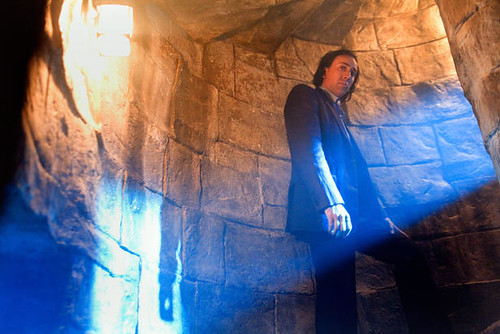 The majority of the movie was slow, trudging along with no seeming sense, no character development and far too long between the far too short action sequences.

The plot itself was extremely dubious (ok let’s say non-existent), the setting was ok – didn’t really see much of Bangkok.

And OMG was it cheesy, what’s with the final look on the motorbike to the mute lady? Funny much? Even the action scenes managed to be cheesy, it was almost trying to be arty and stylized like a HK movie but failing really badly.

*Sigh* when are we going to be treated to a good quality action movie with a little bit of brains – the heyday of action films was definitely the 90’s.

I give it a tragic 4.5/10 – for the few action scenes, don’t watch it unless you’re willing to laugh.