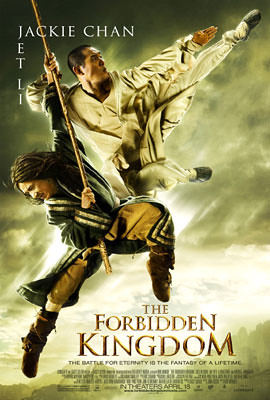 While hunting down bootleg kung-fu DVDs in a Chinatown pawnshop, Jason makes an extraordinary discovery that sends him hurtling back in time to ancient China. There, Jason is charged with a monumental task: he must free the fabled warrior the Monkey King, who has been imprisoned by the evil Jade Warlord. Jason is joined in his quest by wise kung fu master Lu Yan and a band of misfit warriors including Silent Monk.

There was a lot of talk about this movie before it came out for a number of reasons…firstly it has both Jackie Chan and Jet Li in it…so it should kick ass! Secondly it’s in English (wtf?!) and has a whiteboy as the lead role (doublewtf?!).

Sounds like it could end up as a disaster…I put off watching it for a long time, but recently got round to it and was surprised to see it rating well on IMDB with 7.0!

The story is pretty simple and to be honest will appeal to a LOT of mid 20s to mid 30s white dudes who live in urban areas, those like me who grew up obsessed with martial arts, kung-fu movies (including the b-grade ones), nunchukas and of course Bruce Lee! It’s a sort of western, modern interpretation of Journey to the West.

The opening sequence sets the mood well with pictures of a lot of the old time shaw brothers actors including a few of the b-grade fake Bruce Lees like Bruce Li etc. 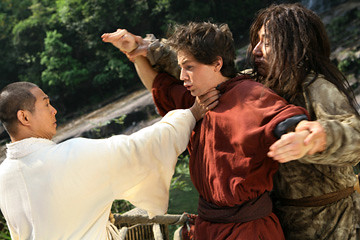 Michael Angarano wasn’t quite as annoying as I expected him to be, but was fairly annoying anyway.

It seems this movie is a bit like Crouching Tiger, Asians HATE it, Whiteys love it.

Li Bing Bing was super hot as Ni Chang though, an extra point for that. 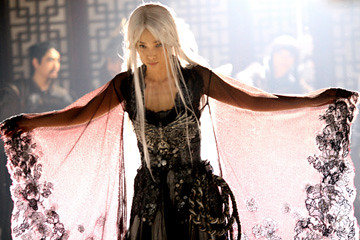 The movie had some decent parts, and I tried really hard to harness my white side and enjoy it…but I just couldn’t.

The dialogue was poor, Jackie Chan still can’t really speak English clearly..there was only a couple of redeeming fight scenes and all the old kung-fu references were a bit wasted.

Overall I think it’s worth a watch (barely) just for the couple of good fights, I give it a limp bo staff 5/10.