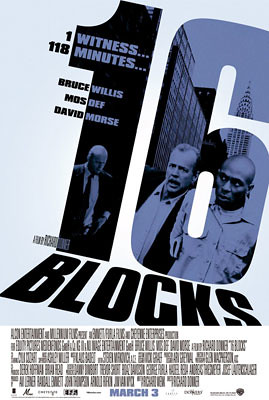 Jack Mosley, a burnt-out detective, is assigned the unenviable task of transporting a fast-talking convict from jail to a courthouse 16 blocks away. However, along the way he learns that the man is supposed to testify against Mosley’s colleagues, and the entire NYPD wants him dead. Mosley must choose between loyalty to his colleagues and protecting the witness, and never has such a short distance seemed so long

I picked up this movie a while back, seeing Bruce Willis on the cover I thought it must be decent enough.

I was right thankfully, although it wasn’t fantastic.

It’s a decent enough movie, entertaining, good flow of action, reasonably paced and not too long!

Bruce does look old, fat and out of shape though. 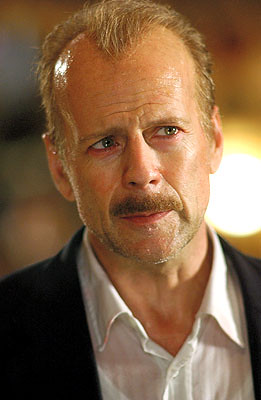 He is playing an alcoholic so it’s fitting.

It’s not a terribly complex movie, but as a chase movie it’s good as numerous times you’re left wondering “Ok, so how the hell is he going to get out of this one?!”

Worth a watch if you want something light, I’ve been watching too many heavy movies later.