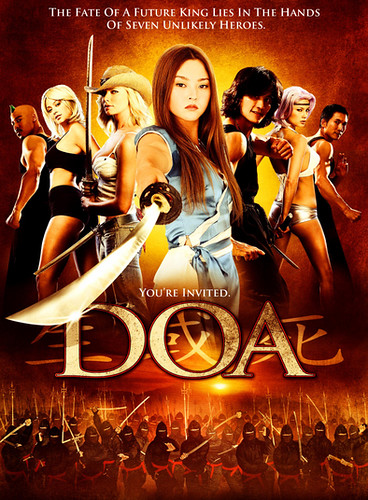 A number of fighters are invited to DOA, an invitational martial arts contest. They travel to the tournament island by plane, until they have to jump out mid-flight with parachutes, and then have until sundown to reach the main island to be entered into the tournament. Fighters are then pooled against one another in a knock-out style tournament, with the loser of a battle sent home, and the winner progressing to the subsequent round. The plot revolves around four female fighters who begin as rivals, but subsequently find themselves teaming up against another force.

The rest of the movie is not much different.

I even laughed a few times, but most of the time I was staring at butts or boobs and thoroughly enjoying it.

The ‘acting’ is laughable, there is nothing that could be recognised as a coherent plot, but still it’s great.

Some chicks kick some ass, the bad guy gets sorted, the victim gets rescued and team work prevails over being enemies. 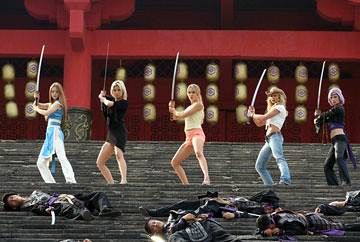 A few of the fights are good but most are over edited and the costumes are rather cosplay, the dialogue is so cheesy it’s entertaining!

Don’t bother thinking, don’t analyse just watch this movie and let your lil’ bro rule you for a while, I guarantee you’ll totally enjoy it.

Basically, do not miss this movie!