I Drove An Aston Martin V8 Vantage In Malaysia!

And no, it wasn’t in my dreams!

The actual car I fell in love with was the Aston Martin Virage Volante convertible.

Anyway a good buddy of mine knew I’d always been a huge fan of Aston Martin vehicles and it so happened, he himself was purchasing one…an Aston Martin V8 Vantage to be precise (the most sporty amongst the Aston Martin cars) and he promised that I would be amongst the first to drive the V8 beast.

And well, let’s just say he held true to his promise (thanks buddy!). He was calling me all day long on a fine (but rather busy Sunday) I reached home after midnight and managed to get hold of him and he said he was dropping a friend off them coming over immediately.

I didn’t know what the fuss was about as I didn’t know he’d gotten the car yet. But I said sure, I’ll meet you when you get here. So he called me when he arrived and when I walked out from my appt past the guard house I was greeted with this sight. 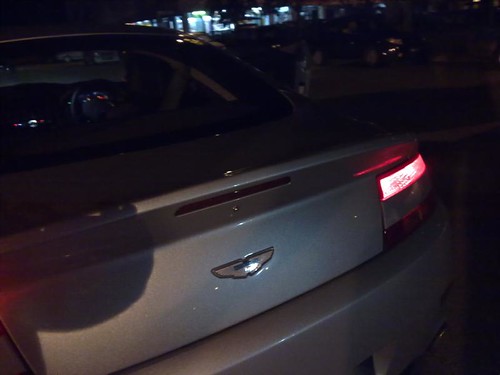 I was gobsmacked, and well so was everyone else that drove past – a few people almost crashed whilst turning into the appt gates from staring at the beautiful Vantage.

It is of course hand-crafted in England as you can see on the kickplate. 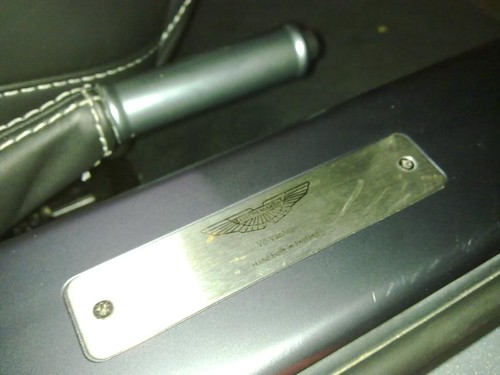 It’s quite a beast of a car kicking out over 400bhp and the noise of the v8 roar once the variable exhaust valve opens up can be heard 2 miles away (According to Jeremy Clarkson).

Really if you’re a Aston Martin fan, there are no other cars for you that can top it.

I took it for a spin around, it was fast…very fast and extremely noisy. The handbrake is a very odd position and there is absolutely no headroom..but who fucking cares IT’S AN ASTON MARTIN FOR GODSAKE. 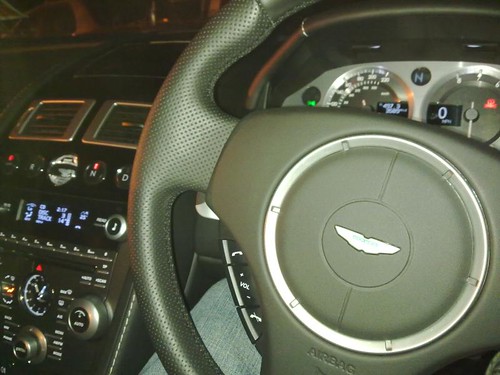 Awesomesauce is the only word that is truly fitting, it was breathtaking but awestruck kinda hit the spot.

It’s a little odd to drive though as the ‘auto gearbox’ is not semi-auto, or auto..it’s actually a fully manual mechanical gearbox driven electronically. So if you don’t feather the throttle when you are stationary it feels like it’s going to stall! It’s called Aston Martin Sportshift.

And of course the part which made me fall in love with Aston Martin is the huge, aggressive grill at the front. 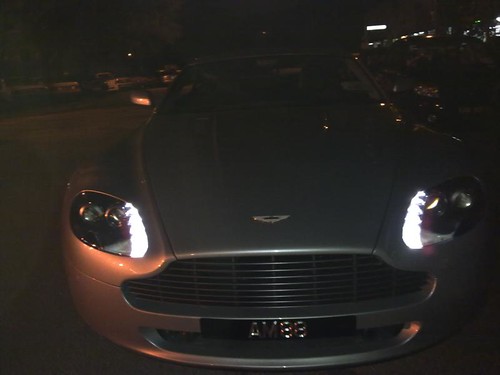 It was quite an experience, can’t wait to test it out again and can’t wait until he gets his R35 and take that for a spin too.

Apologies for the picture quality but it was the middle of the night and all I had on hand was my phone!

28 Responses to I Drove An Aston Martin V8 Vantage In Malaysia!