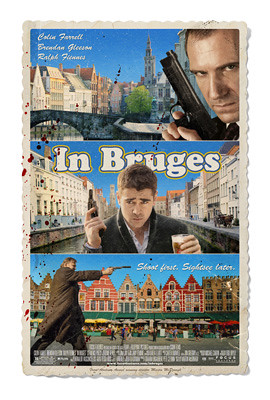 Bruges, the most well-preserved medieval city in the whole of Belgium, is a welcoming destination for travellers from all over the world. But for hit men Ray and Ken, it could be their final destination; a difficult job has resulted in the pair being ordered right before Christmas by their London boss Harry to go and cool their heels in the storybook Flemish city for a couple of weeks.

I’d categorise it as something of a black comedy, it’s actually quite a deep movie about relationships, self awareness and guilt. Don’t expect any flashy action sequences or super cool assassinations because there aren’t any. It’s no Leon that’s for sure.

It’s pretty slow, there’s a LOT of character building, so the pace especially in the first half can become a little tiresome. The characters are good though and the dialogue is witty and quite snappy.

Thankfully the cinematography is spectacular, it’s really beautifully shot and I expect a large influx of tourists in Bruge after this!

Colin Farrell and Breednan Gleeson are great as the pair of hard-nuts trapped in a fairytale city ‘enjoying’ their holiday, you could say they equally share the main role. 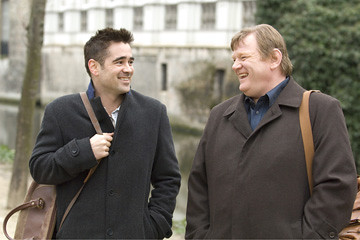 They play a pair of hardened Irish killers for hire until the thumb of a maniacal cockney boss named Harry, the story unfolds in the second half of the movie so I won’t spoil it by elaborating here. It most definitely Colin Farrell’s best role for a long time, he really makes you think about the character he plays.

It’s funny in part, sad in part and the fleeting action sequences are well done. 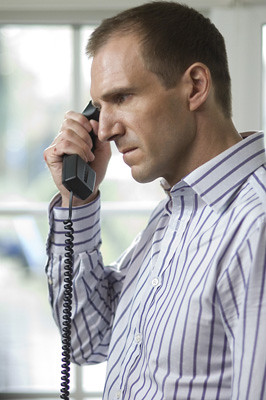 This movie might remind you somewhat of Tarantino’s Pulp Fiction and the good stuff from Guy Ritchie, the characters are endearing. To me it’s not a cult classic though, there’s nothing different or outstanding about it.

It doesn’t have a strong or unique style either visually or in terms of dialogue. It is however actually a very dark movie if you think about the concepts involved.

One thing I noticed though is the musical score seemed completely out of place in this movie, perhaps they ran out of budget for the music?

I guess my expectations were too high, don’t get me wrong it’s a good movie and definitely worth watching.