So it came down to the Malaysian Dreamgirl Final 3 for Season 1!

Adeline, Cindy and Hanis – Hanis being the clear public favourite, Adeline seeming to be popular amongst the young Chinese population and Cindy being expected to win due to certain ‘outside factors’.

The finale itself was held as part of Fashion on 1 at 1-Utama new-wing Oval, on the main catwalk for the Fashion shows.

I propped myself up on the photographers platform with Kimberly and Mike and my new monopod and got a few shots in.

The stage was set for the MDG Finale in 1-Utama. 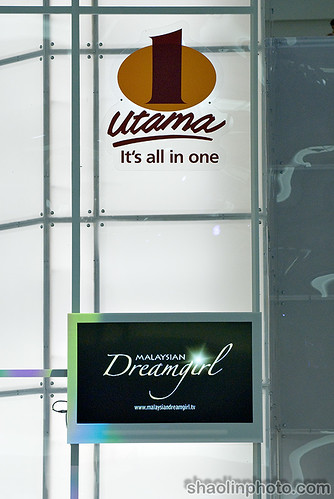 There was a pretty decent crowd in and outside. 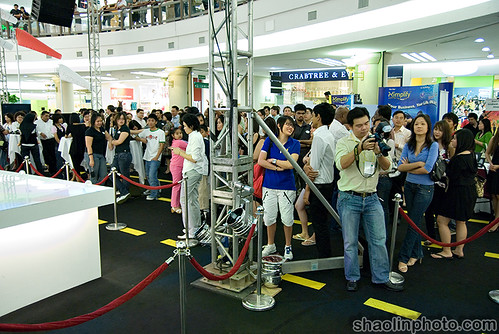 And the photographers were ready on the platform. 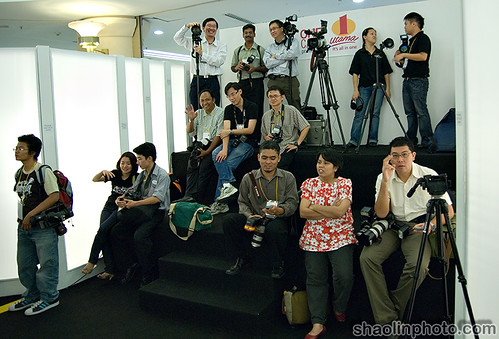 Elaine Daly was emcee for the night, I was expected Sazzy – but she wasn’t around. 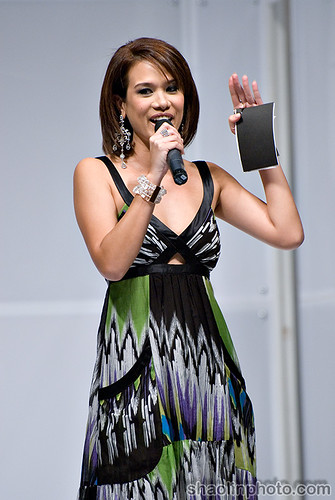 Dennis Yin (From So You Think You Can Dance) warmed up the catwalk with a dance performance. 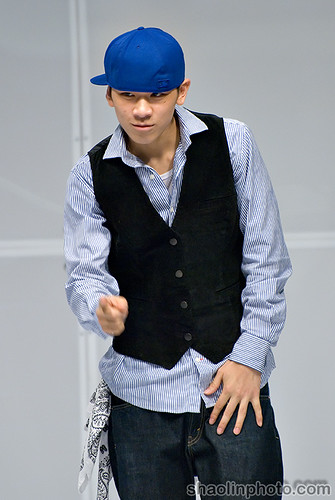 Then the girls came on and did a dance performance with some black vs white theme (The final 12 minus Jean). 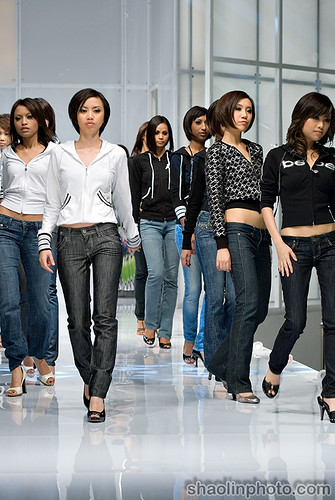 The crowd enjoyed the show of course. 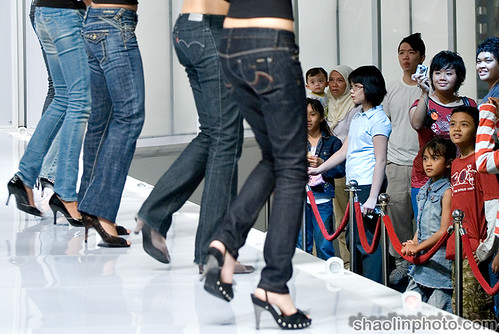 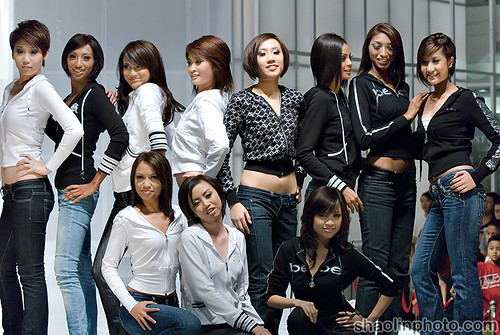 Then the fashion show started. 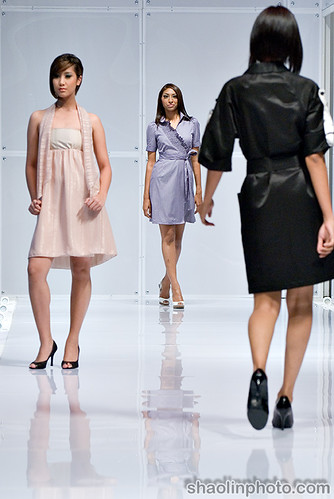 Jay seemed a lot more confident after the pressure of the show was off and she REALLY rocked the catwalk, she has a career in catwalk for sure. 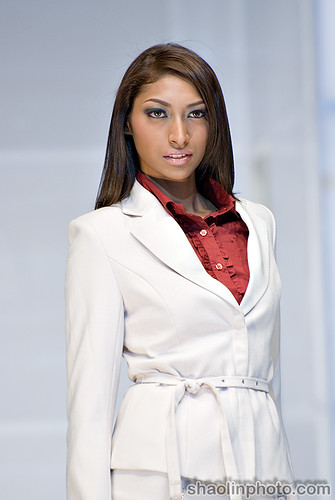 Fiqa was fabulously sexy and rocked all of the best outfits, she has the height and figure for it and she turned out as many people’s favourite for the night. 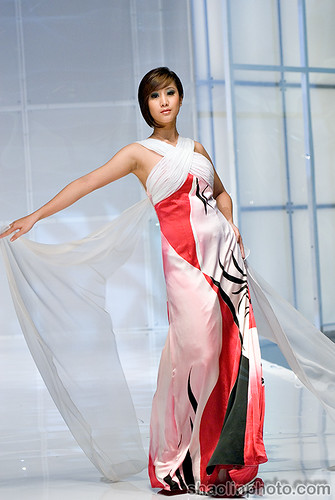 Hanis of course owned the catwalk as she does with style and grace, super slow and relaxed walk and good poses. She had super support too, everytime she came on the catwalk the crowd roared. 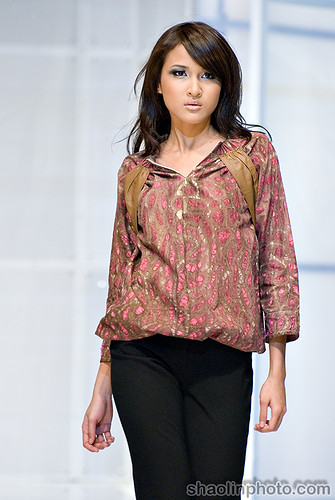 Adeline has the height and looks but she needs to STOP SLOUCHING and work on her facial expression…witless is definitely the word that comes to mind. 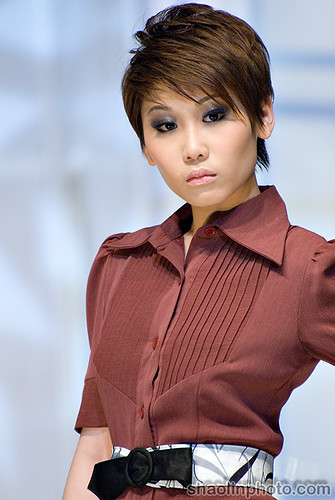 Cindy, still walks a bit too fast although she’s not as bad as before and her walk is rather robotic (not that it makes any difference!). She looks better with this new haircut tho. 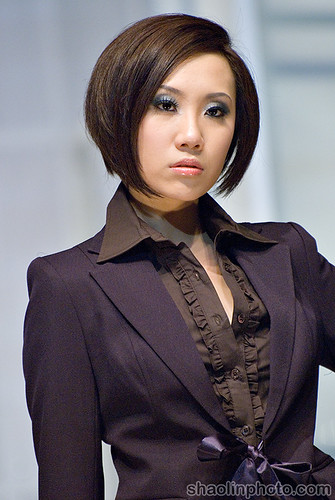 Despite being one of my favourites, Alison went out extremely early. I haven’t seen her on the catwalk before but she was excellent – strong and confident poses and a very pleasant happy look. 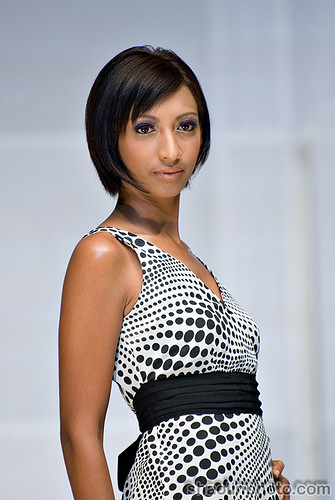 Our bloggers babe Ringo from Cheeserland was looking fab, obviously feeling a lot better after leaving the show. 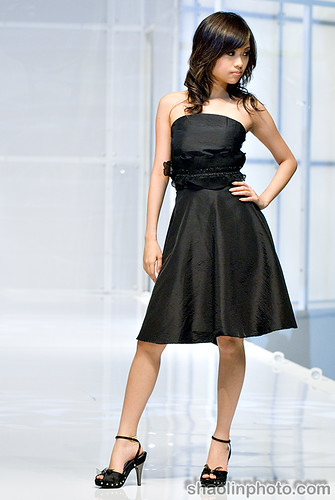 Bubbly Val did pretty well, but I don’t think her look suits catwalk either. 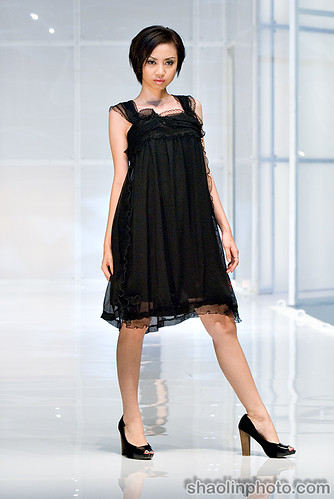 Nadia was good as usual, she was a lot less fierce than usual too with a lot more smiles – very much better! 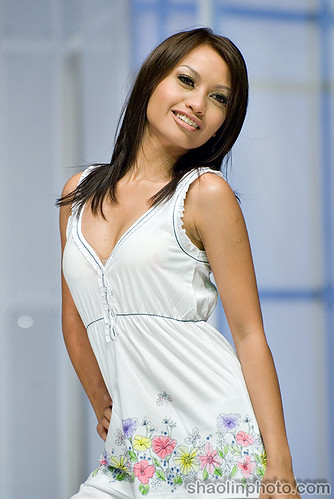 IMHO Eyna would make a great print model, but she should stay off the catwalk. 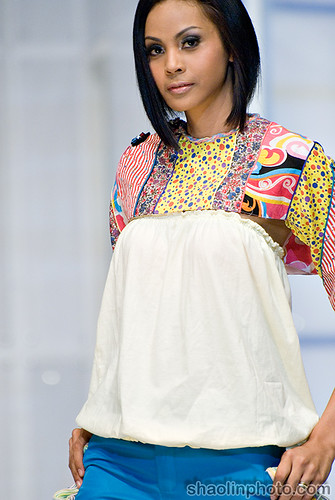 Mid-way there was some blah-blah-blah from the 3 stooges Kenny Sia, Lim Jimmy and Elaine Daly. 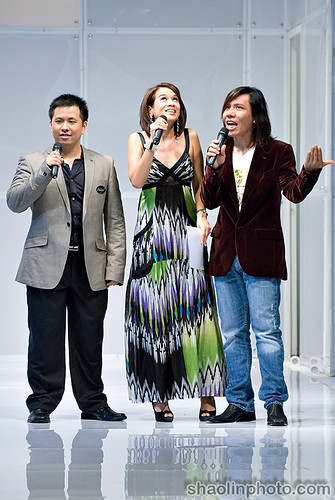 Then some more catwalking (won’t bore you with that)….ok apart from these nice legs! 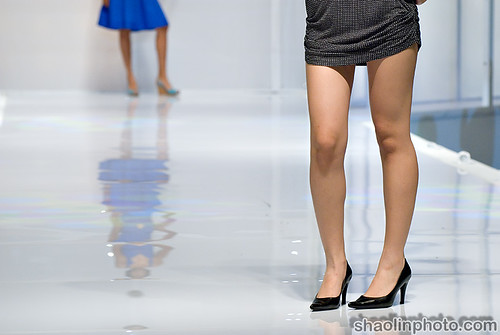 All the girls on stage for the final spin before the results. 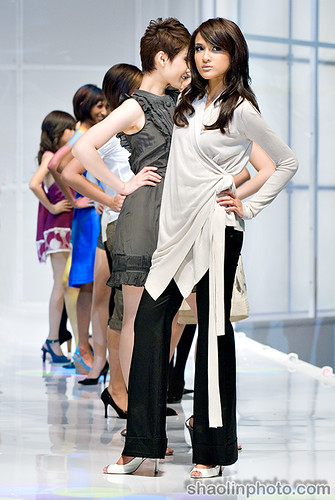 Then the results…First runner up….Hanis – silence runs through the Oval….Second runner up (Cheers of CINDY! ring out) Adeline – double wtf! OMG Cindy won! 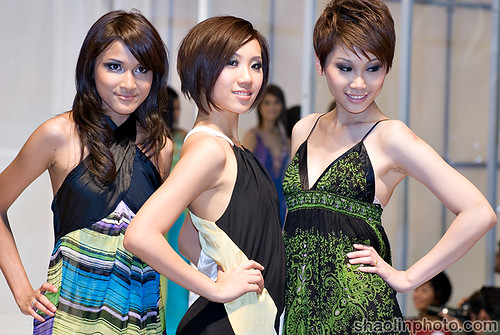 Nadia had good support too. 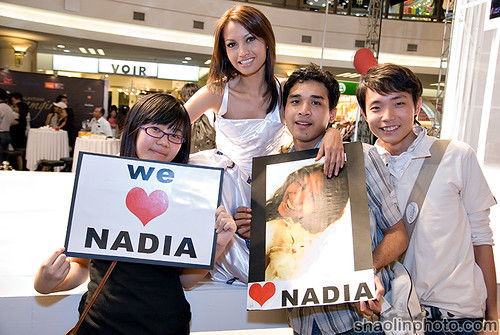 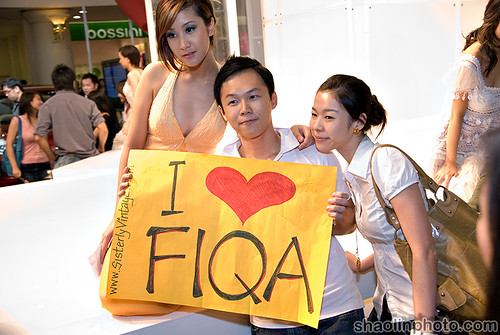 I could tell a storybook with the before and after pictures of Hanis, but I won’t. Anyhow many people think that it not a justified win – but at the end of the day Cindy won fair and square (according to the unlimited SMS voting system..)

I think there should be a limit on the amount of SMS any 1 number can send for each vote (weekly as it is now).

And I think that the judges should have some input, SMS can play a part but it should be down to talent. Anyway please do bare in mind this a new show, it’s the first of its kind and it’s pushing boundaries in online media in Malaysia which is why I fully support it.

Yes the show wasn’t perfect, but it improved and they took the suggestions and criticisms in and improved from episode to episode.

I’m sad that it’s over but I’m looking forward to a next season.

To finish a picture of me and Hanis Manis. 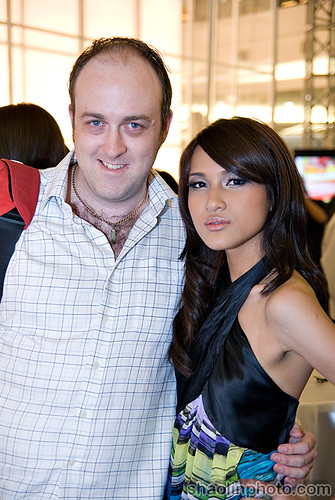 You can view the whole set on Flickr here:

You can find all the related posts here Malaysian Dreamgirl.

You are still my champion!
We Ate This Updated – Cavells Restaurant – Hartamas

31 Responses to Malaysian Dreamgirl Finale at 1-Utama – The Finals!