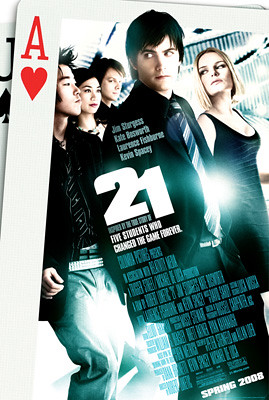 The true story of the very brightest young minds in the country – and how they took Vegas for millions. Ben Campbell is a shy, brilliant M.I.T. student who — needing to pay school tuition — finds the answers in the cards. He is recruited to join a group of the school’s most gifted students that heads to Vegas every weekend armed with fake identities and the know-how to turn the odds at blackjack.

This is a movie I was interested in since I saw the trailer, the dream of all geeks that they’ll learn to beat the system and live the life in Vegas.

And the most awesome thing? This is all a true story based on the book by Ben Mezrich called “Bringing Down the House”.

The real subject of the story Jeff Ma also plays a small part (The Chinese dealer who the main characters calls “My brother from another mother”).

The lead is played by Jim Sturgess (Who you may recongise if you’ve watched the Beatles musical movie Across the Universe). He fits the role perfectly as he can play the nerd and the badboy pretty well, someone like Ashton Kutcher just couldn’t play this role 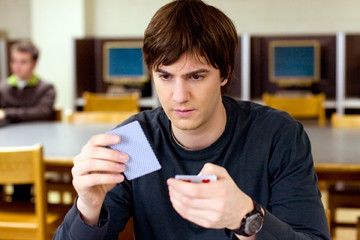 Everyone fit in just right, they were convincing as MIT geeks and as high rollers leading a double life. The plot was fairly coherent, the effects were good, the filming was good (getting the right atmosphere in a low light casino is not easy). There was some funny parts, good tension and generally a nice pace.

I don’t think anyone can argue the fact that Kevin Spacey is an awesome actor too, especially anyone that has seen The Usual Suspects. Some people may find him a little intense but I thought he played the role very well. 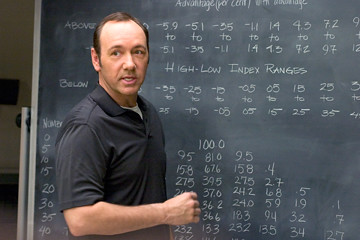 All in all definitely a movie worth watching, don’t expect a masterpiece of movie making – do expect to enjoy the movie.

For all the aspiring high-rollers, I’d give this movie a solid 7/10.