Ok so a few days ago someone painted fuck on my car – and it just wiped off. Good.

Last night I was driving to dinner, minding my own business, creeping forwards waiting at a traffic light the next thing I know ‘bang’ I look back and some fuckwit on a motorbike has just rear ended me.

He quickly regained his balance and cabut, he was gone.

I didn’t have time to note down his registration plate before he disappeared into the traffic, the odd thing was after being slammed into the drivers back pretty hard, his passenger nonchalantly just kept sms-ing on his phone.

I thought ah the damage can’t be much, it’s just a bike…. 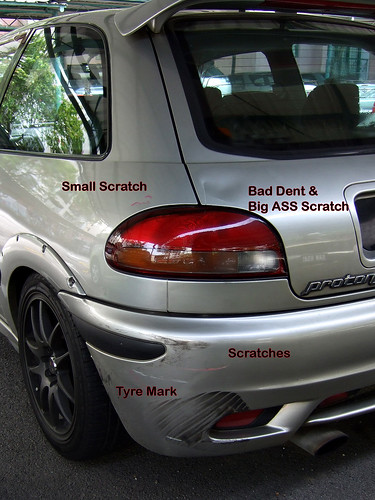 How wrong I was, no wonder he *cabut* so fast.

I wish he had dented the bumper as that’s quite easy to fix, but the boot…as it’s made of an air pocket can’t be banged out. They might be able to use the “huge magnet and pull it” technique – but I’m not sure.

Either way it’s not gonna be cheap.

The scratch goes all the way across the light. 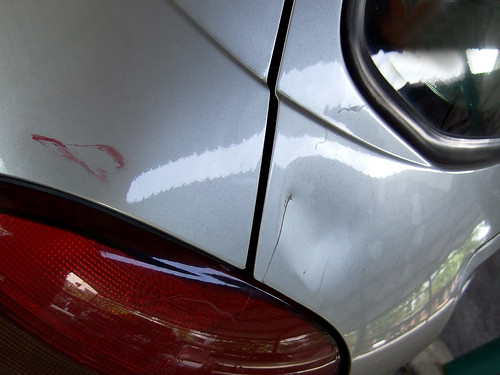 He must have been going some speed to leave a tyre mark like this…ON MY CAR. 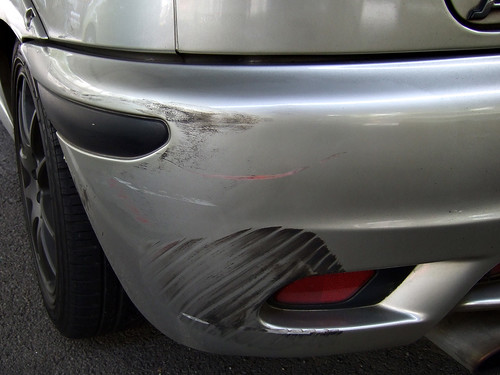 Perhaps he saw my Transit post and wanted to race me?

Anyone wanna sponsor me a respray?!

Ok so unlike the fuck this doesn’t wipe off *sigh*.

What a week eh?

Don’t Drink and Drive
Stupid People that E-mail Me

17 Responses to GODDAMNIT – Talk about luck.