Metrosexual or Homosexual? Where is the line?

It could just be down to vanity I guess, but well…

The typical metrosexual is a young man with money to spend, living in or within easy reach of a metropolis — because that’s where all the best shops, clubs, gyms and hairdressers are. He might be officially gay, straight or bisexual, but this is utterly immaterial because he has clearly taken himself as his own love object and pleasure as his sexual preference. Particular professions, such as modeling, waiting tables, media, pop music and, nowadays, sport, seem to attract them but, truth be told, like male vanity products and herpes, they’re pretty much everywhere.

It’s a play on words from metropoliton hetersosexual, it’s come to mean guys more in touch with their ‘feminine’ sides, who care about their appearance and personal hygeine.

Queer Eye for the Straight Guy[/url] is a great series which tries to change typical slobby, style-deficient macho guys into new, trendy metro males. It’s like pluck that monobrow, shave that nose-hair, trim that back rug! 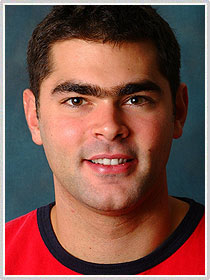 Monobrows/Unibrows are so NOT ON, even being a guy, I mean what’s the deal with looking like a neandrathal, pluck that motherfucker man.

On the same note, I found this very funny site:

Celebrating the Unity of your Eyebrows[/url]

Ok so how metro am I?

I’m definately not homo…but am I metrosexual? 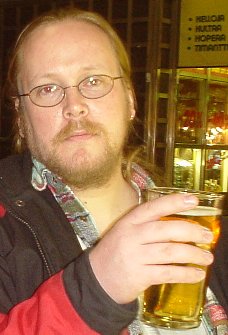 [list]
[*]I’ve never paid for a facial, manicure or pedicure (I’ve had a facial, but it was when my aunt was practising for her beautician exams)
[*]I am uber prosu hairy
[*]I burp in public
[*]I like beer & liquor (I don’t drink bitch piss like Bacardi Breezers or wtf)
[*]I like geeky stuff
[*]I get my hair cut at the Indian barber, not some poncy salon
[*]I don’t really give a fuck about most peoples ‘feelings'[/list]
I remember vaguely using foundation once when I was about 15 to cover a huge spot I had when I was going to my High School graduation ball…I can’t remember though if I rubbed it off or kept it on!

I have never waxed any part of my body, nor do I intend to.

One thing, I’m definately not as faggish as Superstar Bryan[/url] our idol 🙂

Do you guys have moisturiser? Do you use conditioner? Have you done anything you wouldn’t tell your ‘macho’ friends about?

Appreciate the Shaolin chamber of BHUT SECKS!
War of the Worlds – Half a classic?

29 Responses to Metrosexual or Homosexual? Where is the line?