The term “blog” has been chosen as the top word of 2004 by a US dictionary publisher.

Merriam-Webster said “blog” headed the list of most looked-up terms on its site during the last twelve months.

During 2004 blogs, or web logs, have become hugely popular and some have started to influence mainstream media.

On a similar note, Google is already blogging[/url] and Microsoft has just started.

As for me I did another stupid test haha…

Shaolin, you exhibit an even balance between left- and right- hemisphere dominance and a slight preference for visual over auditory processing. With a score this balanced, it is likely that you would have slightly different results each time you complete this self-assessment quiz.

You are a well-rounded person, distinctly individualistic and artistic, an active and multidimensional learner. At the same time, you are logical and disciplined, can operate well within an organization, and are sensitive towards others without losing objectivity.

You are organized and goal-directed. Although a “thinking” individual, you “take in” entire situations readily and can act on intuition.

You sometimes tend to vacillate in your learning styles. Learning might take you longer than someone of equal intellect, but you will tend to be more thorough and retain the material longer than those other individuals. You will alternate between logic and impulse.

This vacillation will not normally be intentional or deliberate, so you may experience anxiety in situations where you are not certain which aspect of yourself will be called on.

With a slight preference for visual processing, you tend to be encompassing in your perceptions, process along multidimensional paths and be active in your attacking of situations or learning.

You too can take the test HERE.

Other than that…have been watching students final presentations all day…damn sleepy now. Had some good food last night, deep fried Brie with cranberry sauce followed by a 360g steak! Woah, yeah you heard it right, check the beauty out (slightly bloody as it should be).. 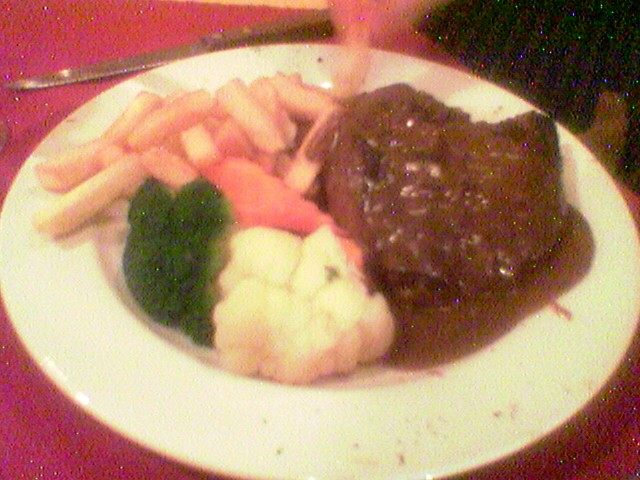 Here is me demolishing what is left of the Brie.. 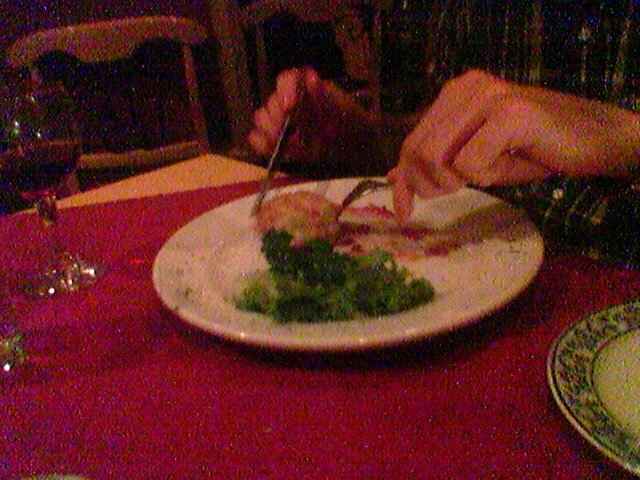 The pics are a bit blur because it was a dim, candle lit kinda place full of gwailohs drinking wine (ang moh cha), *rolls his eyes*.

Other than that not much, apart from the torture I gave the students today with my super hard questions *evil grin* and the fact they don’t believe I am no good at anything any more…

They asked me if I want to go bowling, I’m like..yeah but I’m not very good..they said “Are you SURE? You said that about pool…”

3 Responses to Blogging….it’s the pwn!