Food, movies and even MORE food!

Friday was a big blur, all day watching presentations..*yawn* Was a long and tiring day, 13 30 minute presentations with Q and A’s too, I managed to ask everyone a question they couldn’t answer though, so that was my job done 🙂 Friday night just had dinner, went online to chat for a while and went to bed.

Well Saturday was cool, went into class early and watched the final presentation, yay, all work now complete! After class went to lunch with everyone at a resturant called Nyonya: 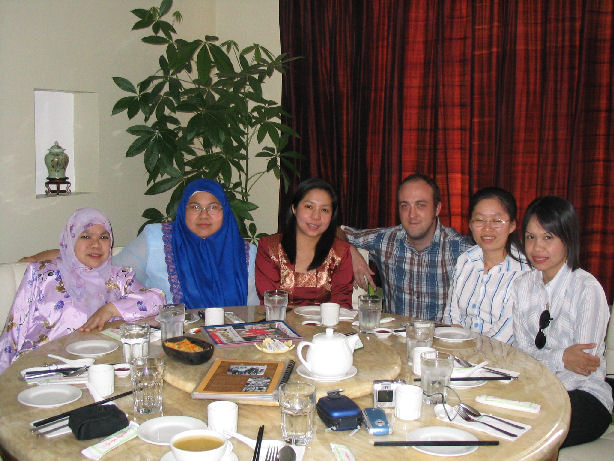 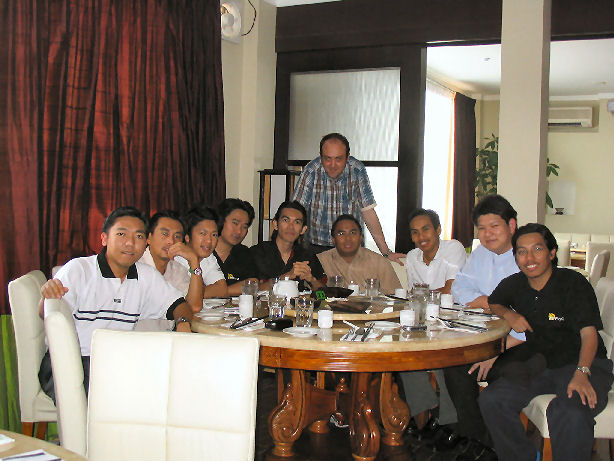 The food looked great, but didn’t taste all that fantastic: 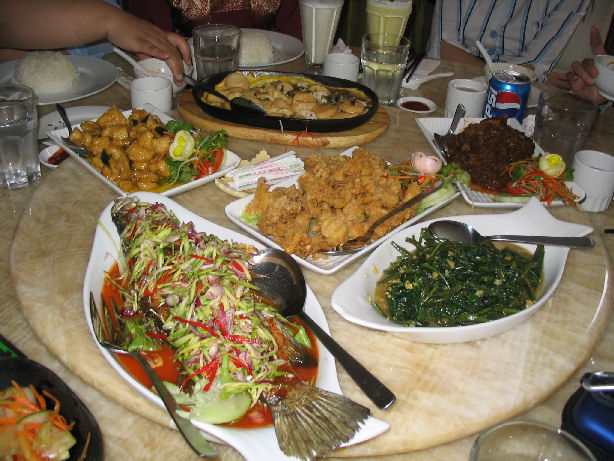 It was pretty edible though, and the drinks were great! We had a cool time laughing and joking and eating rather too much….I even managed another Shaolins Legendary Gay Pose in their honor… 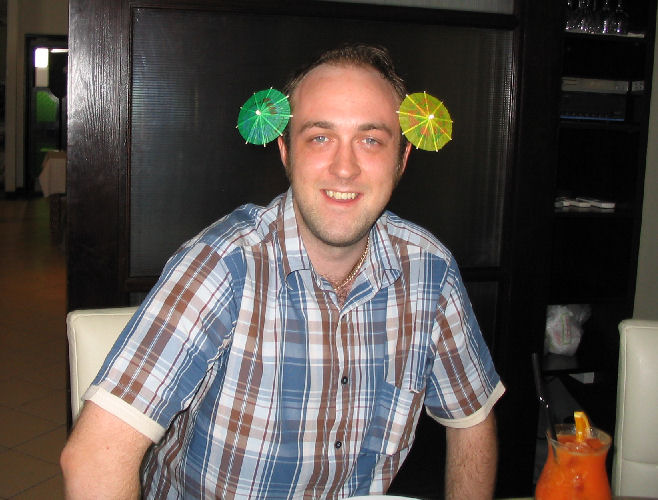 After that we headed to The Mall for a movie marathon, thriller, comedy then HORROR!

Decent thriller type movie with some emotional angst, decent acting and a couple of shocks, a bit reminscent of The Outer Limits at times, but worth a watch.

Bridget Jones 2: The Edge of Reason[/url]

As I’ve read both the books I pretty much knew what was going to happen and was mostly waiting for the trip to Thailand which is a much larger part of the book than it is of the film, the prison was much nastier and longer…it was a all a bit jolly and easy in the film..

It was ok though, I laughed a lot through-out the film, it didn’t seem as cleverly made as the first one though, it was a lot more banal and dumbed down, perhaps for the American audience…seemed almost slapstick at times. I still enjoyed it nevertheless but the first one was definately better.

Fairly routine Asian horror movie, not really ‘scary’ as such, but lots of shocking moments, really nicely directed and can make you jump 3 feet out of your seat…I enjoyed it, I went to get scared and I did 🙂 The Ringu/Ju-On images of chicks with long hair, white faces and blah blah is all getting a bit much though (The Phone, One Missed Call, Shutter etc).

Worth a watch though, at least a bit of originality was shown in the plot and the acting was fairly good. The movie website is HERE.

After that we went for some food nearby then to the stadium to check out Max Power Brunei style, but sadly the police got there before us so there was a mass exodus and everyone was on the way out. So came home and crashed.

Just went to lunch at Pizza hut and I’m waiting for my gay buddy to pick me up so we can all go bowling then perhaps for dinner after that.

Oh yeah I managed to sneak a picture of my spot in Coffee Bean too, so you can check out the most happening place in Brunei, look at all those people! Oh yeah…only me there LOL 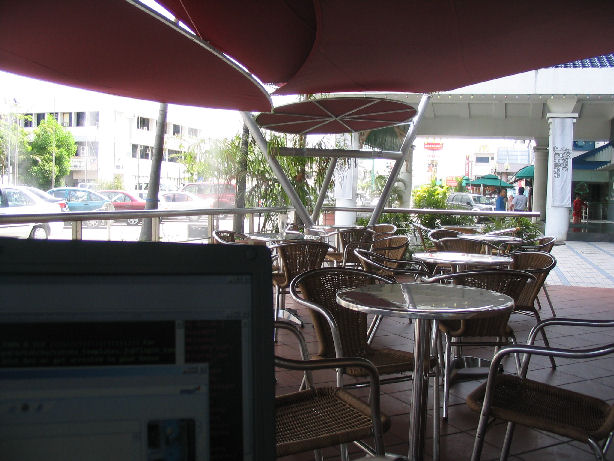 Other than that back to KL tommorow, so looking forward to it, it’s gonna be cool. Being away makes you appreciate what you have and there’s some things I’m REALLY looking forwards to eating and doing 🙂

See you all there! *hugs*

6 Responses to Food, movies and even MORE food!