So last Friday night I headed down to the Sunrise Jazz & Rhythm Festival 2006 at Plaza Mont Kiara featuring “Rachel Guerzo Quartet” and “Lewis Pragasam & AsiaBeat” on the opening night.

The host was some pale dude called Michael Quah I think, they had a fashion show early in the evening which I missed and some small competitions between the musical segments.

It was quite packed, with not that many places left to sit, my friends and I got a place at Starbucks to enjoy the music. 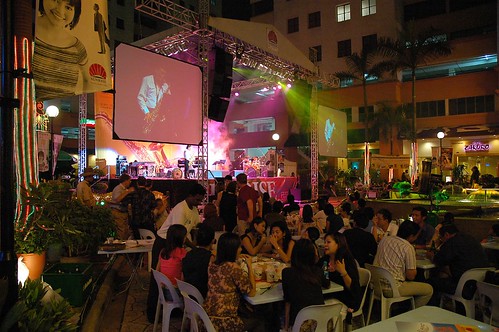 First up was the Rachel Guerzo Quartet, a lethal father and daugther combo with Rachel Guerzo of course, her father Salvador Guerzo, Vincent Ong, Don Nizam and Louis Saliano. 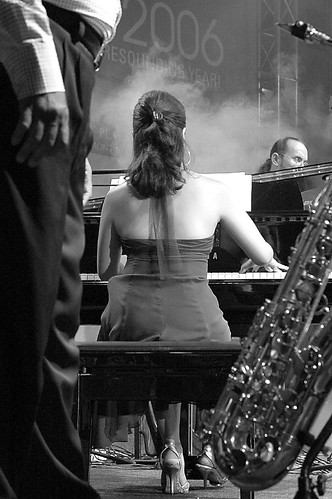 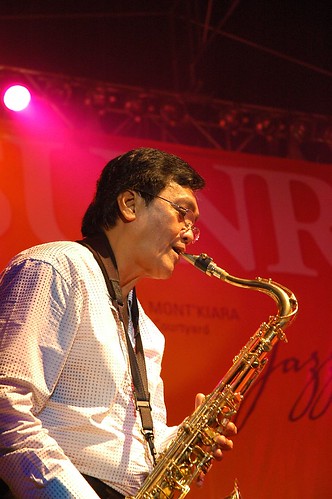 They played well, Rachel sang well and did very well on the piano. They mixed it up a bit with some slow numbers and some fast, most of the songs were a bit laid back for my taste though.

After that came the famous grandfather of drumming Lewis Pragasam and AsiaBeat.

It’s very hard to take a pic of Lewis as his face is obscured by the drum kit and music stand.

In AsiaBeat there was French pianist, Bruno LeFlanche, Australian Guitarist Chris Wright, Jimmy the Sax player and Wan Asfarezal on the Bass. 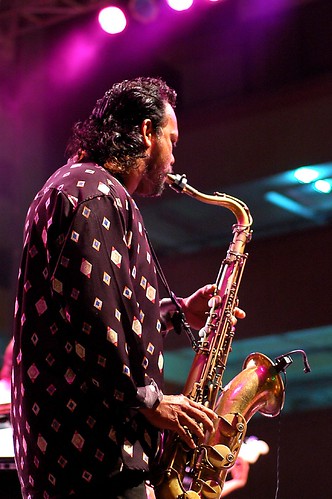 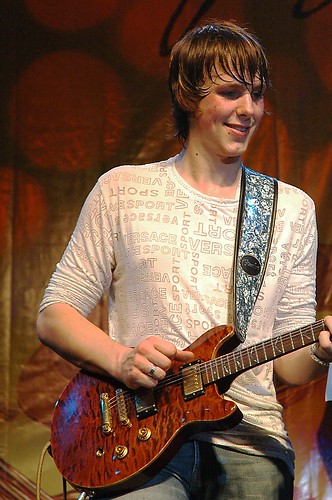 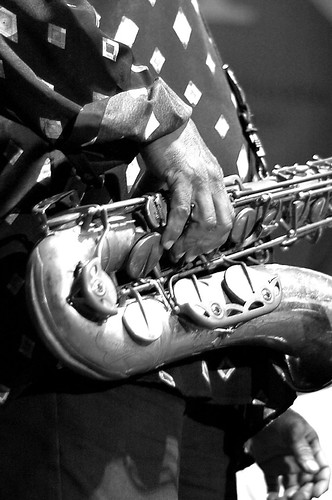 Later on there were some guests, 2 singers and a Punjabi style drummer. 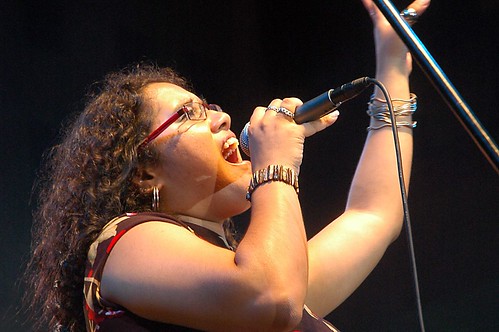 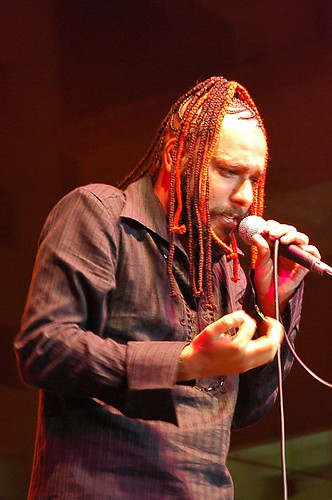 The drum off between Keeran and Lewis was intense! Excellent stuff. 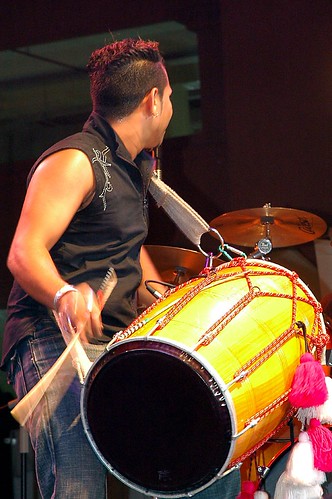 Keeran with his Dhol 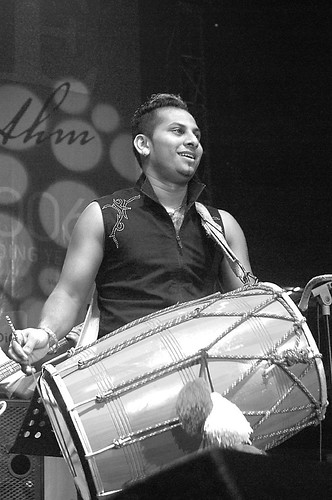 The dhol (Punjabi: à¨¢à©‹à¨²), is a drum (a percussion musical instrument) widely used in India, usually the Punjab Region, the Indian/Pakistani province of Punjab and Gujarat. It is said to have been invented by the Persian/Afghanis. When they migrated to North India, it was incorporated into Gujarati, Punjabi, Rajasthani and other North Indian cultures. Nowadays, it is very popular in modern Punjabi music.

It was great and I shall see if I can make it back this weekend.

If you want to you can see more details here: