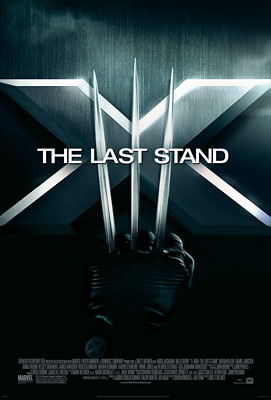 A “cure” for mutancy threatens to alter the course of history. For the first time, mutants have a choice: retain their uniqueness, though it isolates and alienates them, or give up their powers and become human. The opposing viewpoints of mutant leaders Charles Xavier, who preaches tolerance, and Magneto, who believes in the survival of the fittest, are put to the ultimate test–triggering the war to end all wars

Ah so I watched something at the cinema!

Cool eh…this movie didn’t get relegated to DVD watching, I think DaVinci Code is destined for the small screen though.

I’ve always been a fan of X-Men since the comics, the computer games and then finally in 2000 the movie hit the big screens.

I have to say though, I always felt X2 was far better than X-Men the original movie. It’s one of the few that exceeds the original, when the original WAS good! X2 still remains my favourite out of the 3 after watching the most recent one.

I strongly recommend watching X1 & X2 immediately before watching the third installament as it is somewhat lacking in character development, remind yourself why you care about the characters.

Shame some of the new characters weren’t developed a little better too.

It’s a great action movie, it could have been a little longer to expand on the characters a little.

A lot of people are complaining it wasn’t faithful to the comic books storyline, but well I agree it wasn’t but it’s still a good movie, even if the whole Phoenix/Jean part isn’t quite authentic.

The action/set pieces were great, especially the opening scene in Jean Grey’s house. 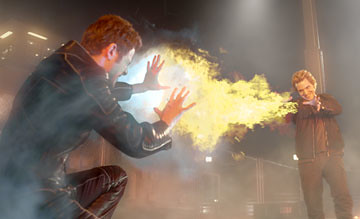 It keeps you gripped pretty much all the way through, it could seem a little rushed, the pace being so brisk.

I did enjoy the movie, and thoroughly recommend it.

I give X-men III a solid 8/10, a well worth watching action flick with a few flaws.