So as I briefly mentioned yesterday, I did indeed go the KL 2006 Motorshow at PWTC. 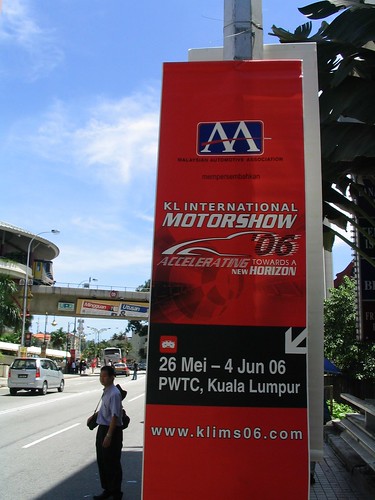 The Car Parks were all fulll…had to park at a private car park down the road a bit from Pan Pacific. 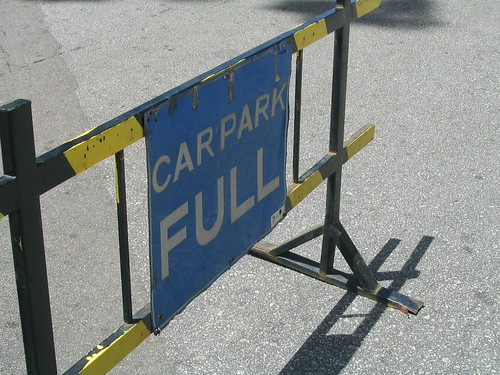 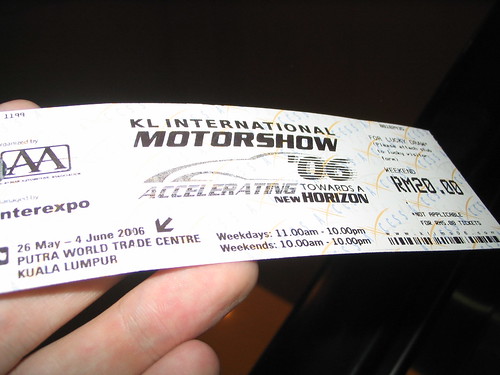 The Lotus APX is a HAWT car. 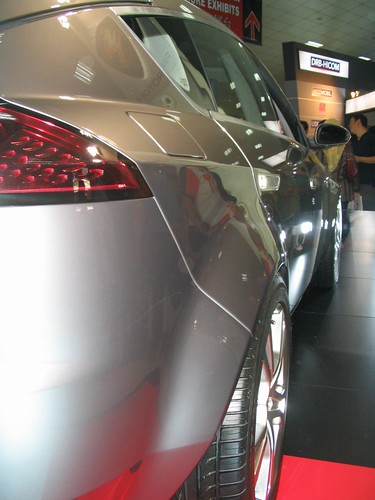 This one had a nice bodykit.. 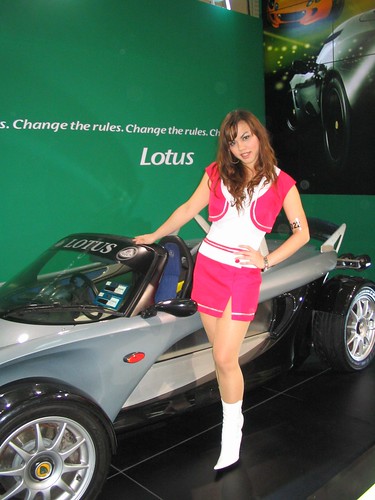 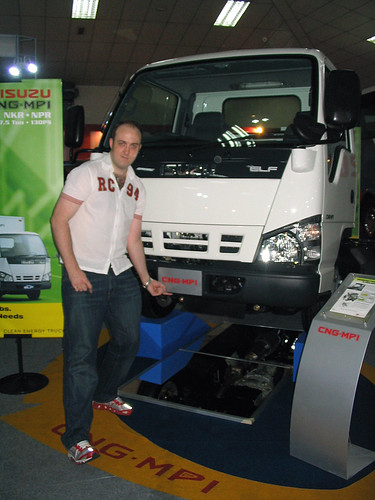 Most beautiful concept there would go to the Nissan Sports Concept, very nice indeed. 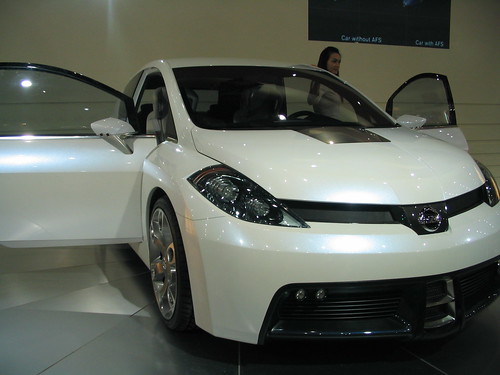 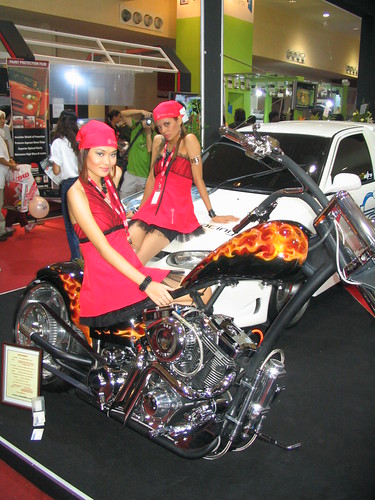 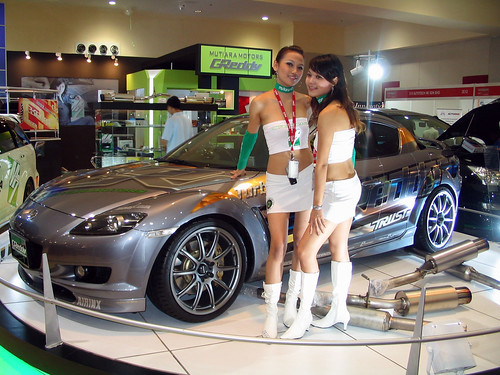 The future of Ducati? 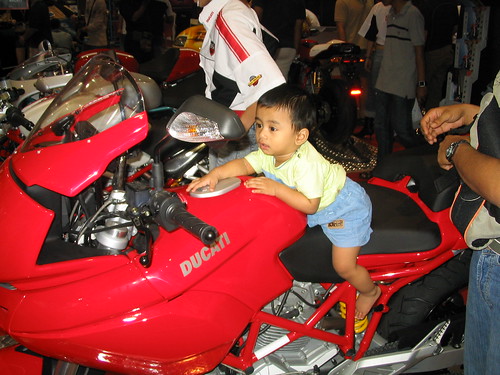 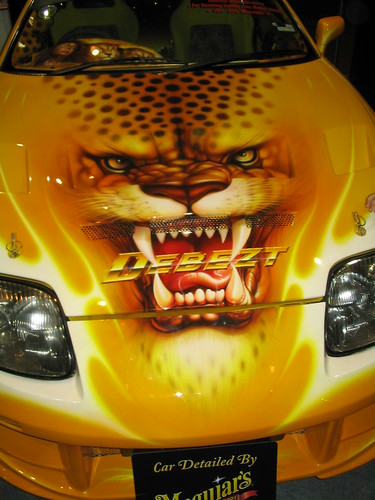 The Augusta MV-4 Tamburini, best sports bike in the world. 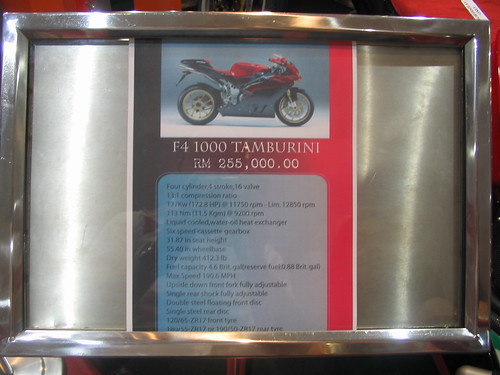 Of course there was some riducolous sound systems too. 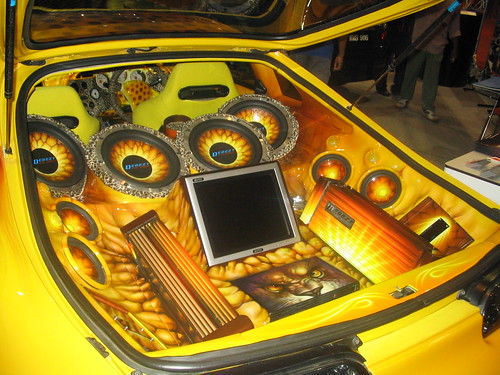 Yokohoma girl was cute, they make good tyres too incidentally. 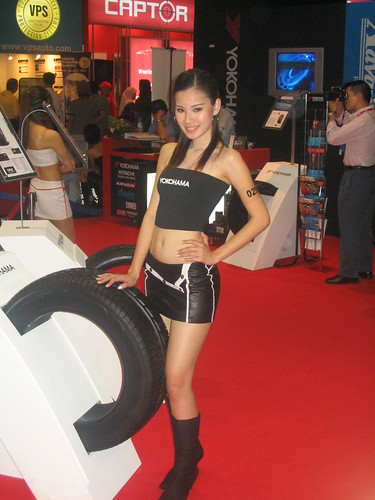 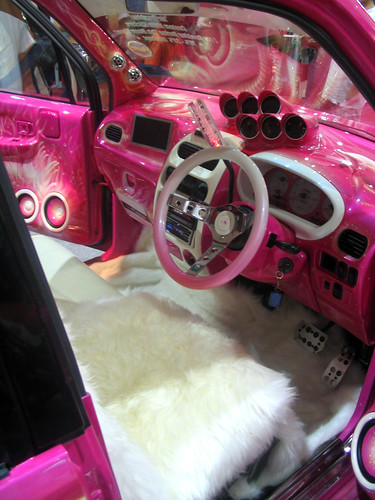 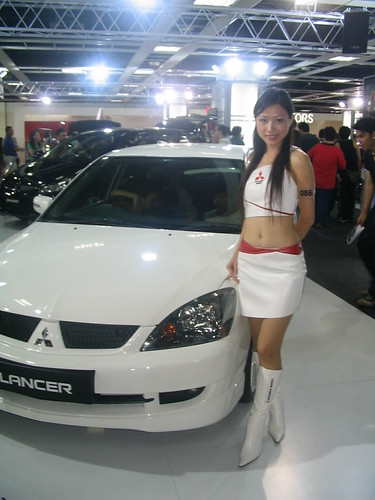 One of my dream cars, Mitsubishi Evo IX Ralliart Edition. 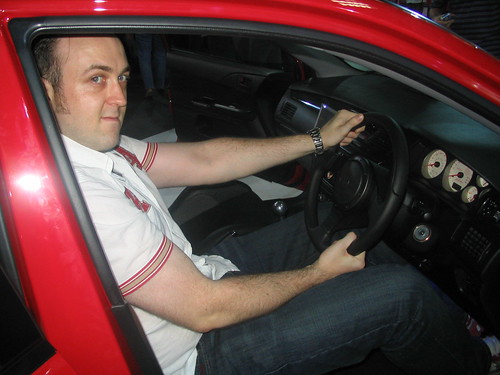 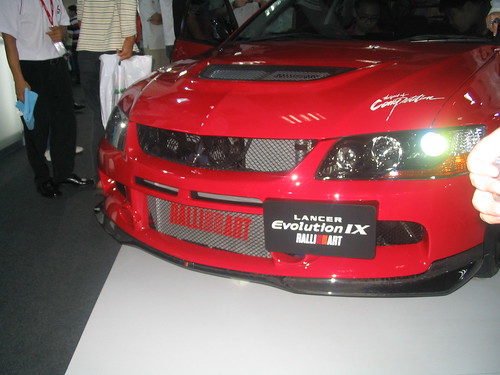 The famous Julie with her famous magically growing papayas 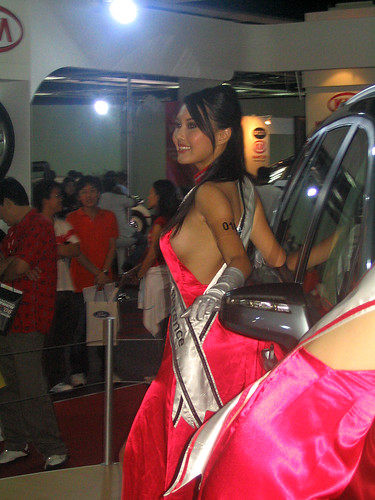 The Volvo C70 hardtop convertable, the chick looks like a real catwalk model. She was tall too, I suppose they couldn’t have a short, slightly chubby chick next to this car, it just wouldn’t work. 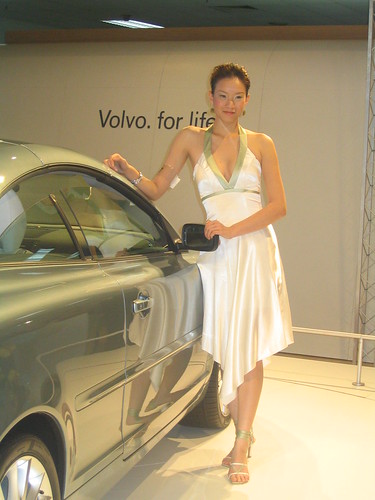 The Toyota Sport Concept (Sportivo) was plainly ugly, chick digged me tho 😀 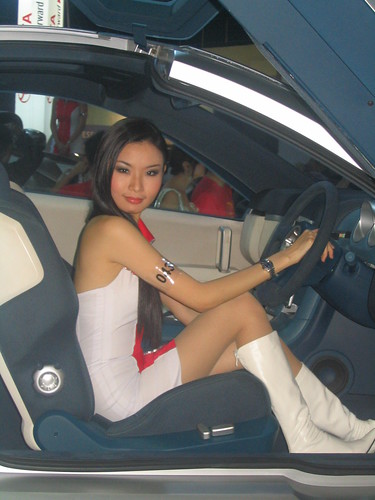 This was one really weird ass F-1 kind of robots concept, I like this picture tho. 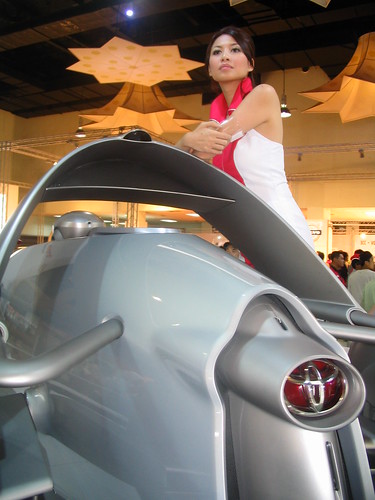 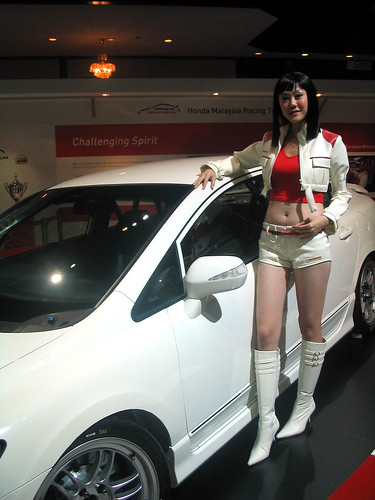 The Honda Civic Modulo looked phat tho, and the wig kinda suited this girl. 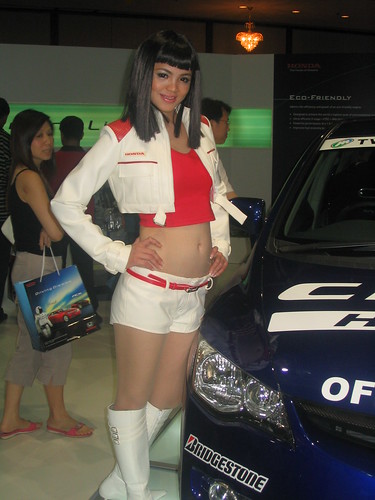 The hottest girls I would say were Panasonic & Mitsubishi.

All in all the show was good, pretty well organised, some nice cars on display, chicks went from fairly horrific to very hot.

Plenty to look at, expensive food and drink, but that’s to be expected.

Biggest crowds around Bridgestone, Volvo and Brabus even had a single entrance and limited the amount of people going in.

Sitting in the McLaren Mercedes was quite orgasmic.

Volvo S40 is amazingly comfortable and only $183k!