MyTeam vs Malaysia Under 20’s – The Finale at Bukit Jalil

So last week Mack called me up for this game as he had some invites, it was the Malaysian U20 team as the ‘real’ one is in Singapore. 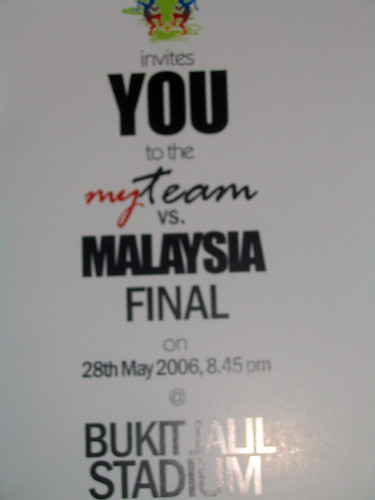 So we headed to Bulldog first for some bevvies, yeah! Then off to Bukit Jalil for the match, 8.45pm kick off.

There was a horrible Jam all the way..I think there was some Akademi Fantasia thing at Astro too, so it was double bad. 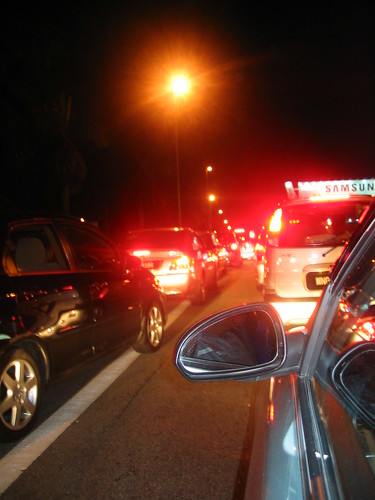 Due to the horrible jam and the shitty parking, invite only parking in section C? Which was closed…so we made a complete round and (double) parked in B because they decided to open it again (after taking a piss at the side of the road with a policeman watching us).

When we got there it was already 1-0 to MyTeam, I think it was about 5 minutes before we got in as we heard a massive eruption of noise on our way towards the entrance. 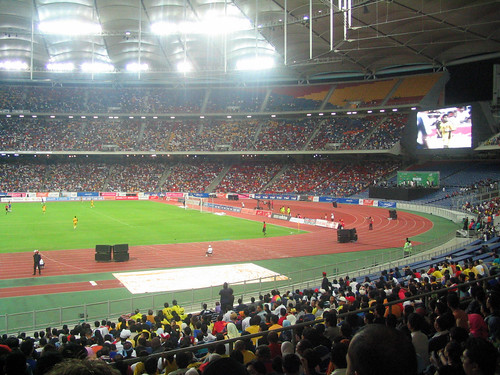 Shortly after we got there, there was a second yellow card and a sending off (there was a fight in the first half I heard and a straight red for one of the MyTeam players I think). 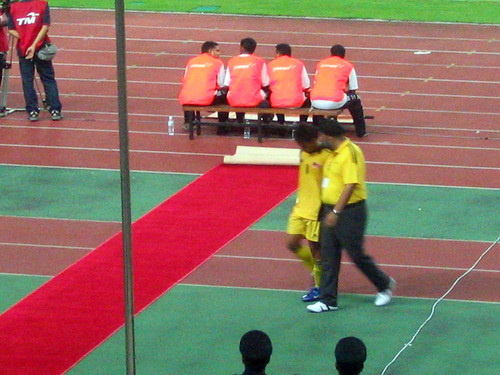 After the MyTeam goal it got pretty violent, the Malaysian team were chopping down the MyTeam players like they were trees, studs in the air boys, 2 feet forward..

Just next to us was the VIP booth and Pak Lah himself (with Kali I think). 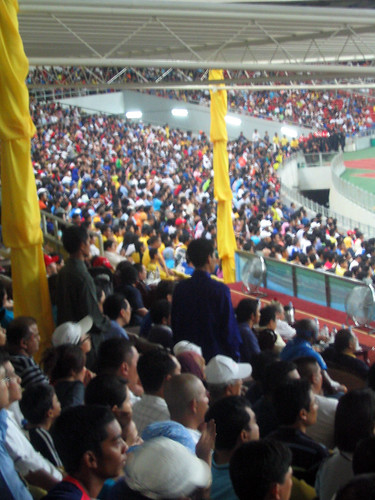 The normal ticket looked like this, for the suckers that paid. 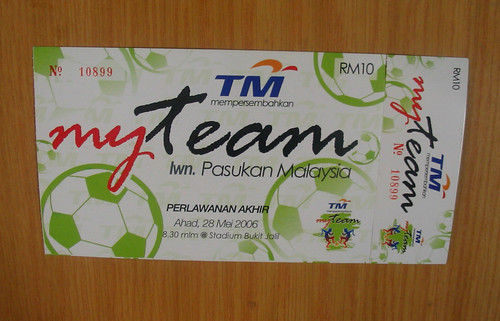 There was some random half-time band, I have no idea who they were. 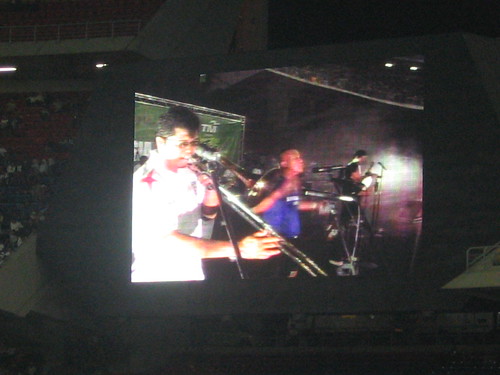 The Malaysian team scored a shitty equaliser to come even at 1-1, the MyTeam goal keeper was sleeping on his line, hello, cover your inside post, or get a defender to do it, don’t just stand there like a fucking retard.

There was some good midfield play, defence and attack was a little scrappy on both ends (scrapper on the MyTeam end as the game wore on). 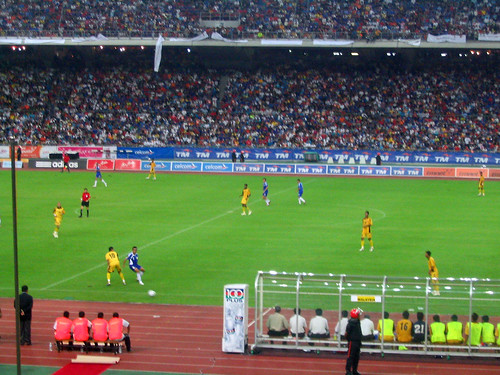 There was a little too much Italian style football, without any of the actual football skill (just the horrible diving and terrible theatrics). 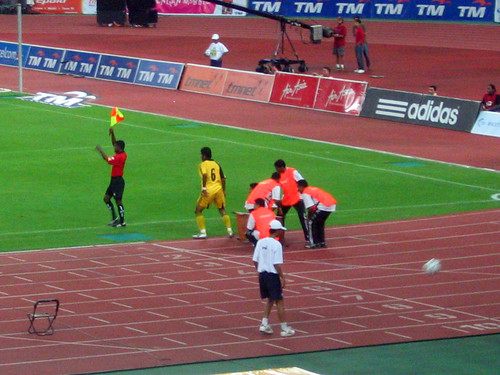 There was someone being stretchered off every 45 seconds.

The Malaysian team totally started outplaying the MyTeam squad after about 70 minutes tho, the amatuers legs were gone, you could see the professional fitness shining through.

I have to say though, the difference in teamwork wasn’t much, they both greatly lacked any, and on the whole as individual skills go (apart from the shit poor keeper), MyTeam had better ball control.

The second Malaysian goal was a very well struck ball, I can’t take that away from them, good goal, it would have taken a skillful keeper to stop it (Oliver Kahn?). 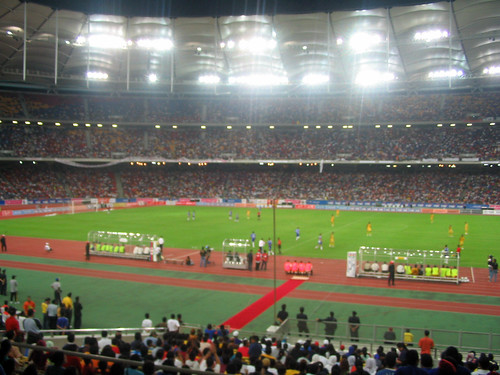 That put Malaysia ahead 2-1, the crowd didn’t appreciate that too much, the majority seeming to support the upstarts MyTeam.

There was a heartstopped in the 92nd minute when one of the MyTeam lads hit the cross bar in a brave push, great dribbling, then boo, woodwork.

Then game over and off home it was, Shebbys boys did well to say the final team had only played together for less than 2 weeks, and had a total of less than a months fitness training.

As Tigerjoe said, if Malaysia were bad, MyTeam were worse. I have to say even making that comparison is an embarassment to any national team, it shouldn’t even be an issue.

Enjoyable evening all the same.

KY saw – MyTeam vs Malaysia at Bukit Jalil
Malaysia vs MyTeam
Winner – Guess the MyTeam vs. Malaysia score
Malaysia (U-20) versus MyTeam
MyTeam Football Team is The Future
MyTeam 1 – Malaysia 2.