I can never forget this car, seriously. My uncle drove a lot for work, I never knew exactly what he did, but he was the first person I knew that owned a laptop. He worked in some kind of manufacturing industry and was possibly a rep/salesman.

Which suits this car, well the original version anyway – the rather boring Vauxhall Carlton (along with the Ford Sierra) was a stock 90s salesman car. 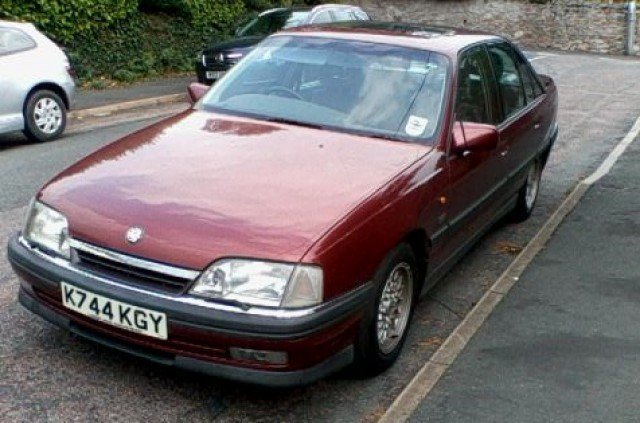 Certainly not the most exciting car on the block. Until 1990 anyway.

I remember my uncle was looking for a new car and I happened to join him as he’d found a Lotus Carlton he’d like to look at, he didn’t know much about the car, and well nor did I. There wasn’t a whole lot of Internet back then, and there certainly wasn’t the abundance of information on sites like Wikipedia. It just so happened the car he wanted to look at was near where I lived, so he was coming down from Birmingham to have a look. I’d guess this was probably around 1992-1994 period, so the car was likely new, or barely used (1-2 years old).

When I saw it, I was like..is that it? I was pretty underwhelmed to be honest. For a £48,000 car (which was an enormous amount of money back then). 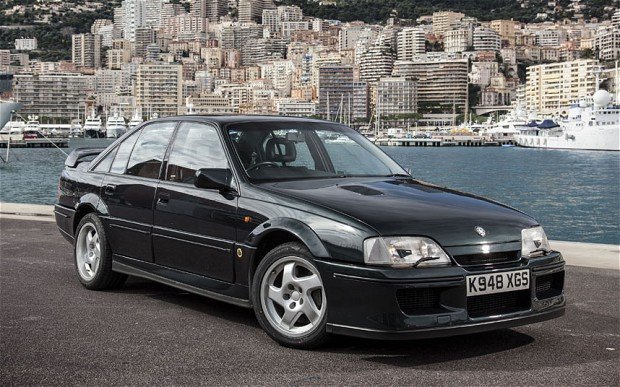 Even the interior was kind of drab, dull and plasticy. It just had the odd Lotus emblem here and there.

Little did I realise this was a 377bhp, 3.6L twin turbo BEAST which could reach 100mph (160km/h) in less than 17 seconds. So we sat it in, took it for a test drive. It seemed fairly ordinary as we tootled around, then we reached the sliproad to the motorway.

We weren’t going slow, my uncle was in third gear as he reached the merge and he accelerated hard to pull onto the motorway at a decent speed (as you would)..the car span its wheels like a drag bike on a leash.

And once it found grip…it pressed my head so hard into the back of the seat I thought my eyeballs were going to collapse. It was quite an eye watering ride.

And yah, at that point I realised this car was really something special. I read whatever I could about it and was amazed to find that it could outperform the top supercars of that era like the Ferrari Testarossa which could do 0-60mp/h in only 5.3 seconds and had a top speed of 180mph (only 3 mph more than the Carlton!).

For a 4 door sedan..full of people, speeding along like a bullet train. Quite a crazy (and scary) proposition). Also the fact that it was a target for car thieves and criminals as the police didn’t have any cars fast enough to chase it made it a little unpractical.

There is a modern day equivalent or a spiritual successor (in some ways), the Vauxhall VXR8.

But yah, something I still remember so vividly from my younger years. Some videos for reference..