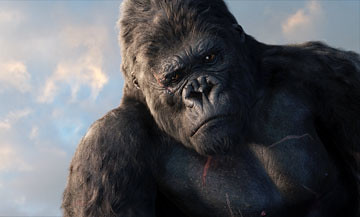 Set in the 1930s, this is the story of a young and beautiful actress Ann Darrow from the world of vaudeville who finds herself lost in depression-era New York and her luck changes when she meets an over-ambitious filmmaker Carl Denham who brings her on an exploratory expedition to a remote island where she finds compassion and the true meaning of humanity with an ape Kong. The beauty and the beast finally meet their fate back in the city of New York where the filmmaker takes and displays the ape in quest of his fame by commercial exploitation which ultimately leads to catastrophe for everyone including a playwright Jack Driscoll who falls in love with Ann and plays an unlikely hero by trying to save her from Kong and her destiny.

I’m guessing everyone is familiar with the story of King Kong, at least in some part, most people have seen at least one of the numerous remakes, the most famous being the early ones in black and white with the tin aeroplanes on strings, best!

I was looking forward to this remake for some time, after I heard about Peter Jacksons’ involvement, and the fact of course that it would have a big budget.

I thought they did a really good job, I think I’ve seen all of the earlier versions, and I have to say this is amongst the best.

The emotion of the huge monkey best really comes through, I say any movie that can make you sympathise with an animal is already doing a good job, you could really feel what he felt, be it anger, sadness, despair or laughter and happiness.

The movie is long at almost 3 hours, but it doesn’t drag at all, it moves at a good pace through-out, with good character development for each of the main characters.

Jack Black is very good in one of the few ‘serious’ roles I’ve seen him in, he does play the slightly crazed, manic directly very well.

The action is amazing with the line between live action and CG/puppetry becoming even thinner, just like in the recent Narnia movie. 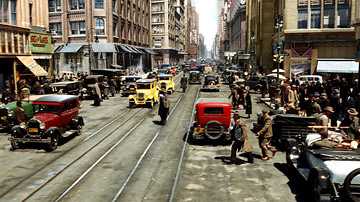 It’s very much worth watching at the cinema, I’ll probably buy the DVD when it comes out so I can watch it again!

4 Responses to Movie Review – King Kong – What a handsome chap..