Can you believe it, I was away in Sandakan for 2.5 days and someone ripped my spoiler off! 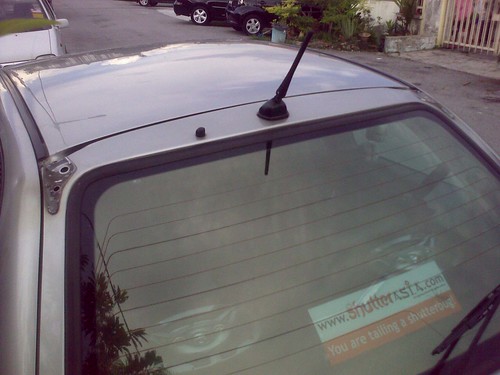 What is the world coming to? The top of the boot is all bent out of shape too, I’m just wondering how much it’s going to cost me to fix it.

There goes my Xbox 360. Not sure if it’s worth claiming insurance, will have to see how much it costs to replace first + labour + paint.

27 Responses to Spoiler OFF