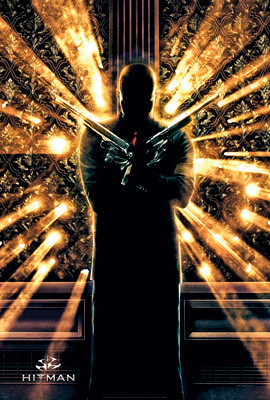 A gun-for-hire known only as Agent 47 hired by a group known only as ‘The Agency’ is ensnared in a political conspiracy, which finds him pursued by both Interpol and the Russian military as he treks across Eastern Europe.

I was a great fan of the Hitman (Hitman: Codename 47) games even though they were ULTRA hard….1 life, no saves, no waypoints. You have to nail the level perfectly in one shot to proceed, and damn were they hard. It was the game that introduced bullet-time too (slow motion).

I was looking forwards to this movie for some time but only just got chance to watch it, I was expecting it to be pretty bad…as most game to movie efforts so far have been poor at best. I was pleasantly surprised as it was actually quite good.

Sure it’s not going to win any Oscars..but it’s worth watching to see Olga Kurylenko naked, man she’s smoking hot.

Timothy Olyphant played Agent 47 very well, he had the character nailed down…the other characters in the movie were a little weak but it was interesting enough. 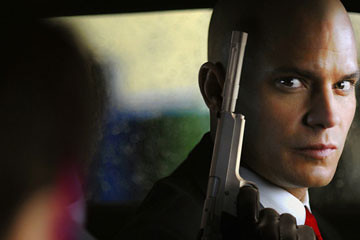 The plot was ok, the action was good (would have preferred if it were a little more graphic) and the pace decent enough. The movie somewhat reminded me of the Bourne trilogy, the style and the story too.

All in all it was an enjoyable Sunday evening movie, not too heavy and not too crappy. If you’re a fan of the game or a fan of these kind of movies it’s definitely worth a watch. Don’t expect anything ground breaking.