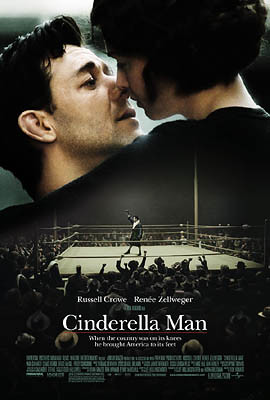 In the North American Great Depression, the former successful boxer James Braddock loses all his possessions and savings with the crash of the stock market. His beloved wife Mae Braddock and their three children survive to starvation and lack of heating and the daily difficulties supported by their love. In 1934, when Jim’s couch and manager Joe Gould offers to him a chance to return to boxing, he becomes the symbol of hope of hopeless people in a ruined nation.

A bit of an old movie I know – but I just got around to watching it. Haven’t been catching up with many movies yet – quite a few still to watch.

It’s a biographical story of James J. Braddock a real life boxer who was facing tough times during the Great Depression.

Russell Crowe plays Braddock and he plays him very well, but I knew he was a very strong and versatile actor ever since I saw A Beautiful Mind. 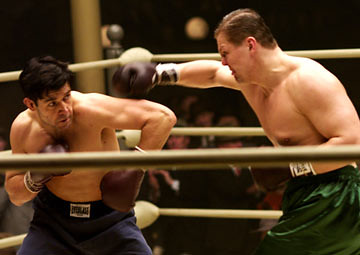 The story starts out a bit slowly, but it really draws you in and once it gets going it doesn’t let you go!

Mrs Mae Braddock is played well by RenÃ©e Zellweger and there is a very strong supporting cast, the fights are realistic and bone crunching and the tale of the depression and the hardships is very well told.

There are interesting side characters and in general it’s a very compelling story.

In some ways the rise and fall story reminds me of Rocky, but then that’s pure fiction and this is mostly based on fact.

If you haven’t seen it I suggest you do!

Merry Xmas To All
Long Time No See Me-Me