I’ve gotten more and more interested in photography as time has gone by, and I’ve noticed (as have others) I’m pretty good at it, I’ve always had an interest, but with digital it’s allowed me to experiment with my camera and learn at a lower cost.

I’ve started finding the limitations of my camera, and I’ve started being able to take pictures that push the boundaries of the camera, which means it’s time to upgrade.

I wouldn’t mind freelancing aswell, doing some portraits, events maybe even weddings, so it’s time to get a more serious camera a digital SLR.

As for the camera, ah it’s a tough choice, it’s more down to the Canon 350D

vs the Nikon D70s due to budget constraits.

are out of my range.

I did consider the Nikon D50 at first as a cheaper option, but for the price difference between the D50 and the D70s, the D70s is so much more worth it.

I’m not really big on Olympus, even though it seems like a solid camera, and Olympus is of course a favourite of TV Smith, one of our local photo pros. It’s the lighest dSLR in this class, and seems ergonimcally good, feature and lens wise tho, I don’t think it can compete, so sorry Olympus, you are the weakest link. 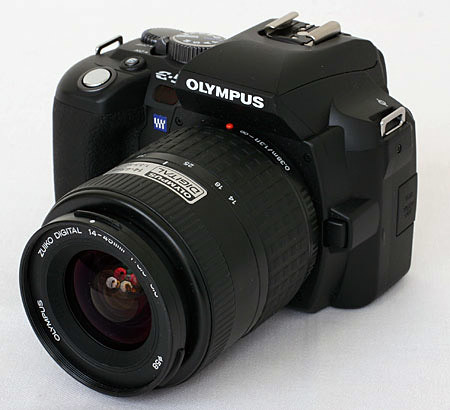 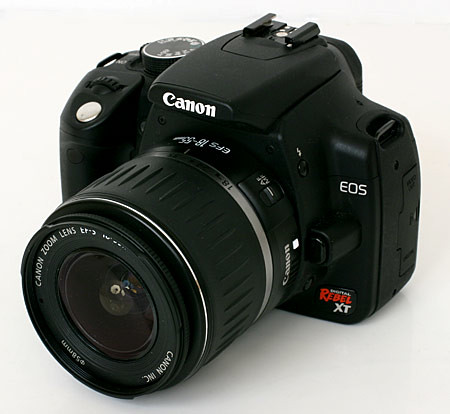 At first I swayed towards the Canon 350D (The Rebel XT), as I’m an existing Canon user, with my old faithful Canon Powershot A70 (a mere 3.2 megapixels), but plenty of manual modes.

The main advantage of the Rebel XT seems to be low noise at high ISO, I do like nightshots, so this was a good point, plus it seems like an all around contender, and pros are great fans on the Canon series of lenses.

The best reason I saw to buy Canon was this: 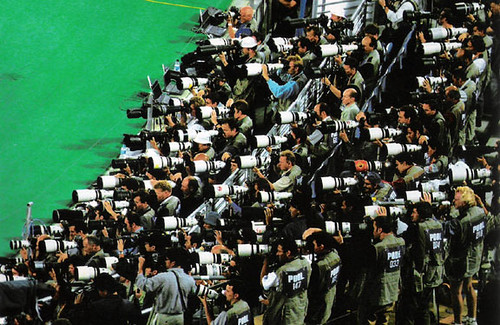 Also funny (Yeah all the white Lenses are Canon).

It can be good with a much more expensive lens, but that’s out of my range right now, and the main reason is the way it felt when I tried it in the shop.

I also read that the Canon (unlike the more expenside 10D/20D/1D etc) has a lot of features hidden away in the menu, rather than having buttons for them (white balance etc), which does make it hard to take shots at short notice, what’s the point in having such a low startup time, if you have to root through the menus to find the settings?

The Nikon doesn’t have this problem. 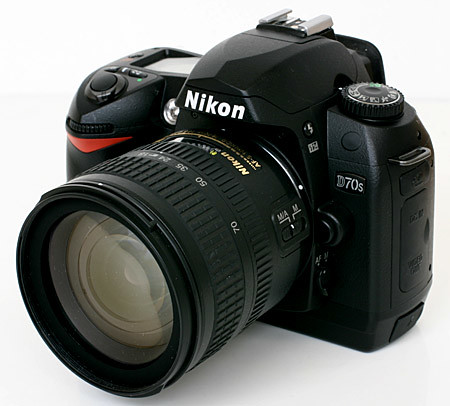 The best advice I heard is to go to the shop and try the camera, this is ultimately where I made my decision.

Plus the Nikon just feels so much more sturdy, probably because I’m a big guy with big hands, but the Canon felt a little flimsy, and rather small, something like a toy, not a real mans photoweapon!

Whichever side of the fence you sit on, there are rabid fans, Nikon or Canon, locally though, people seem to much greater fans of the Nikon.

Some reference material here if you are going through the same decision:

Of course if anyone has any opinions (owners of either of the cameras, or similar models are welcome to pipe up).

I hope someone finds the research useful 😉