I thought it was pretty funny anyway almost like an oxymoron, but well that’s me and my rudimentary understanding of Malay. It intruiged me though, so I had to try some, even though I was pretty full (after my second plate of Char Kway Teow).. 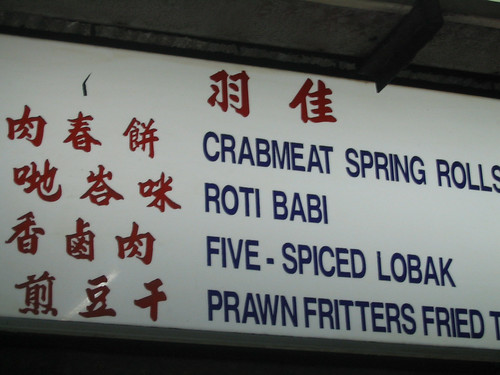 I had some chicken wings to go with it, which were ok, but totally lose to the ones in Bandar Sri Damansara.

They were the crispy type.. 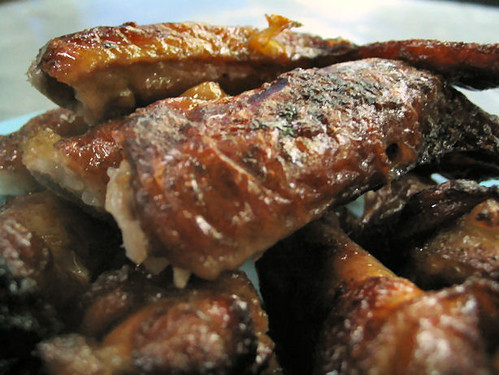 The Roti Babi was actually nice, something like french toast with pork mince inside, served with some chilli sauce. 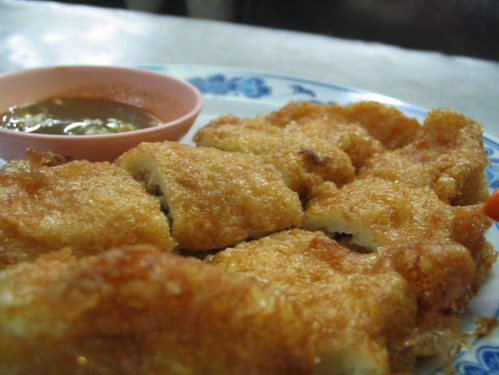 What I found funny about the whole thing though, was the fact the Roti Babi was operating right next to a Satay stall with Halal stickers plastered all over it.. 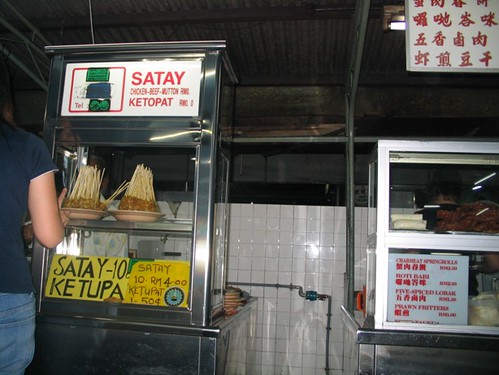 That shows you, Malaysia is a tolerant country, at least in some aspects.

Yesterday I posted too early, I posted before I’d even had breakfast and almost killed myself from hunger pangs in the process!