Cooking Sausages and Mash at home!

Ok so I’m back from my little trip..

I’m lazy to write about my trip now and sort out all the photos so I’ll do that later…and all the AWESOME food I had, so now I’ll blog about something I made for dinner just before I left..

When I came back from UK, I smuggled a whole bunch of stuff back, actually I wanted to bring more, but my case was already 7KG overweight…and I left some shoes in UK and a couple of other things, so the sun dried tomatoes had to stay at home 🙁 But I brought 5kg of cheese, bacon and sausage back, yum!

So I decided to whip myself up some sausages, mashed potatoes, baked beans and bacon!

First up peel the potatoes and cut them into cubes, the size doesn’t really matter as long as they are all roughly the same size so they cook evenly. Toss a little salt into the water and boil them until they are on the verge of falling apart. 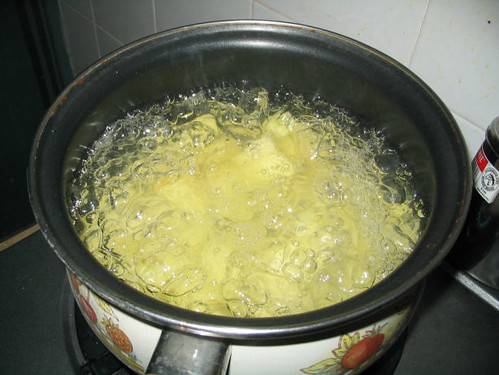 Towards the middle of the boiling,start frying off the sausages in a little here, pictured here are 2 varieties of sausages, pork and leek and traditional cumberland. 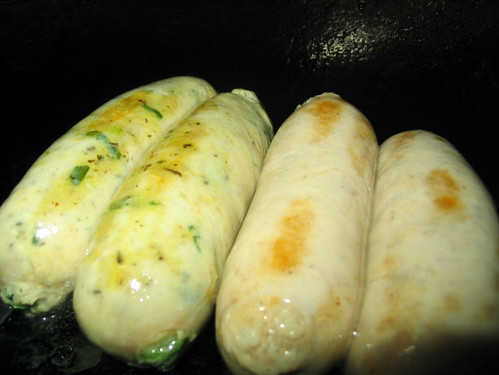 Fry the sausages until they are golden brown and cooked throughout like so: 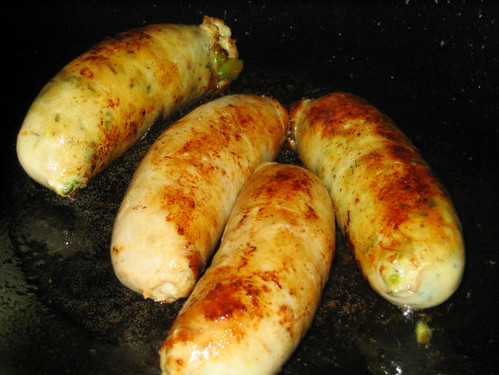 When the potatoes are adequately boiled, drain off all the water and add in more salt, some black pepper and a generous dollop of butter/margarine. 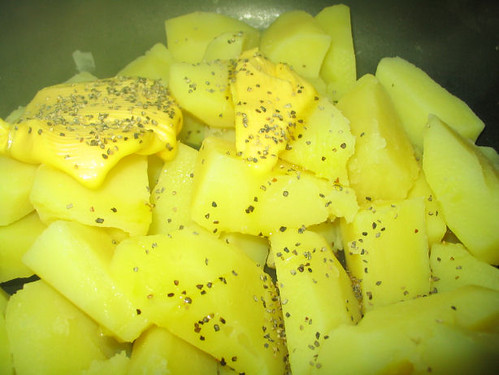 Then get to work mashing them up. 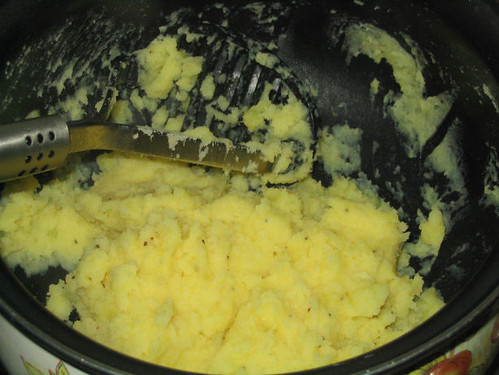 As for the baked beans, cook them up with a good dash of Worcester sauce and Tobasco sauce to give them a little extra kick, boil them until the sauce becomes a little thicker so the flavours are infused. 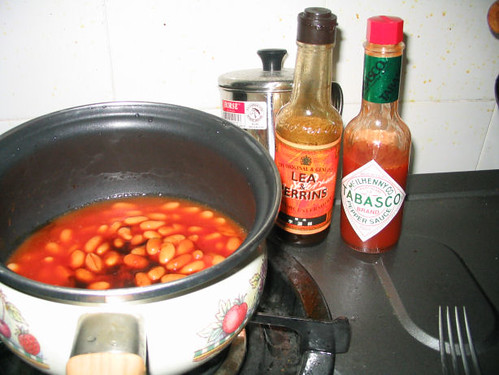 Fry the bacon gently until its pink and tender and preferably the rind is crispy, but that’s quite hard to do. 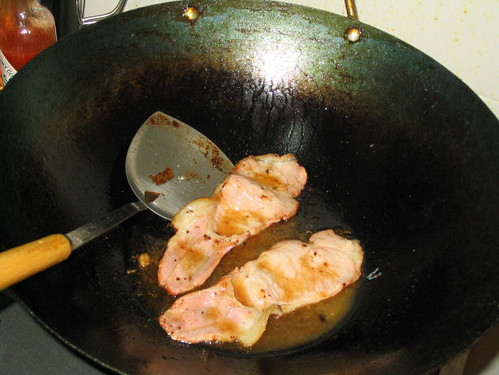 Serve it all up on a plate, best eaten with fresh, ice cold orange juice. 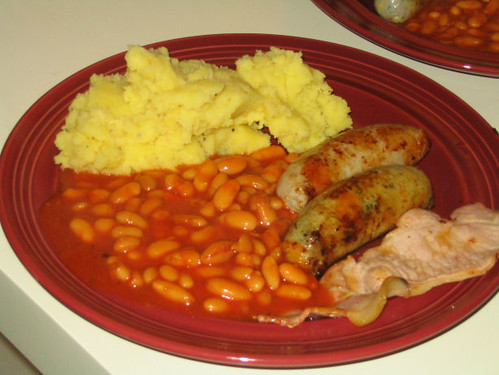 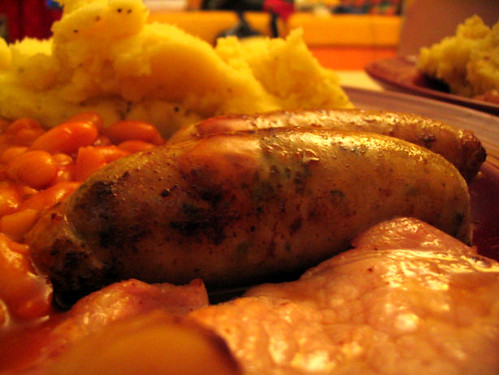 We’re all going on a summer holiday!
The Machinist – Dark and Disturbing (Maquinista, El)

36 Responses to Cooking Sausages and Mash at home!