So… How was England in The World Cup 2014 – pretty much the same as they always have been – completely shite. Someone mentioned it must be nice to have your own home country to support in the World Cup rather than being a Malaysian you have to pick a team by random.

I said it probably would be, if your team didn’t just lose all the time..

I mean back in 2010 I was already getting depressed when England got hammered 4-1 by Germany (BLOODY GERMANY OF ALL TEAMS). And this time? This time we couldn’t beat anyone, not even Costa Rica?

And yah we went crashing out, losing our first two games and not even looking vaguely organized and dangerous, we just have no World class finishing power. Rooney scored his first World Cup Finals goal EVER, and it was the easiest goal of the World Cup..

So yah a whole bunch of this basically sums up this World Cup for England. 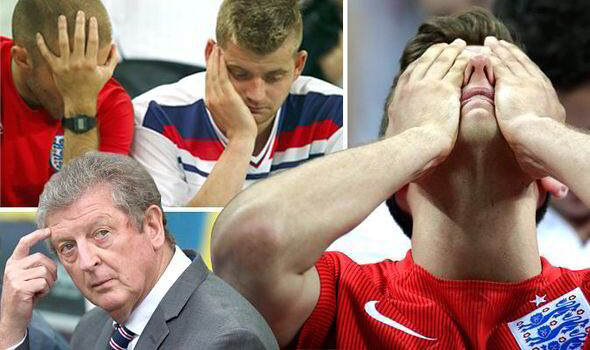 It was a fun World Cup, and well so far this one is shaping up to be fun too, it’s been a really high scoring World Cup so far and some surprise teams like Chile and Costa Rica doing really well.

I have to say Iran performed fabulously too (well beyond expectations).

I didn’t write much about the 2006 World Cup apart from the dirty bastard diving Italians cheating the Soceroos.

Anyway the World Cup is over for England, if Italy had won we’d still stand a minuscule chance, but seen as though they didn’t..we are totally out.

Netherlands are looking pretty hot this year, and Germany are playing a much more fluid open game. Spain going out as the ruling champs was a shocker of course..I’d probably put the top 4 as Brazil (home team advantage counts for a lot too), Argentina (always dangerous..and Messi – how do you stop him?), Germany (good young team with some great finishers like Muller and old man Kloser at the moment) with France & Holland on the outside.

3 Responses to England In The World Cup 2014