So after a short rest from morning feeding (time to copy the pictures to my Nexto PSD) it was off out to another location for lunch.

We headed out in the muddy yet reliable truck, you can see the storm in the distance that we drove into.. 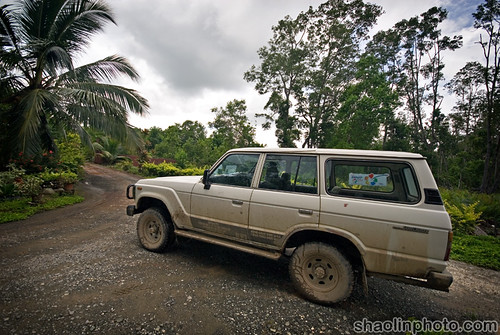 The place we had lunch was really in the middle of the plantation, the view from where we were was something like this, you can see the rain started already. 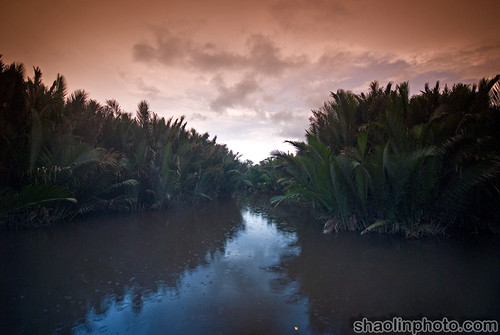 Lunch was simple but nice, trust me when you are up early and out in the wilderness you get damn hungry. 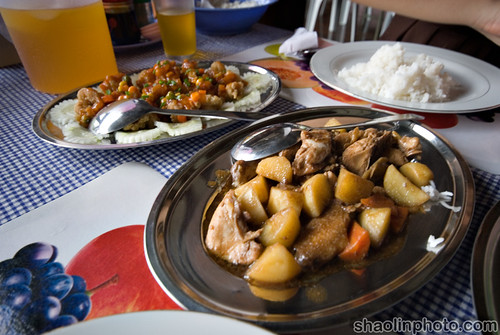 Mom was happy that’s for sure, she’s been talking about going to Sabah since I moved over here..so I thought it’s about time I treated her to a trip over there. 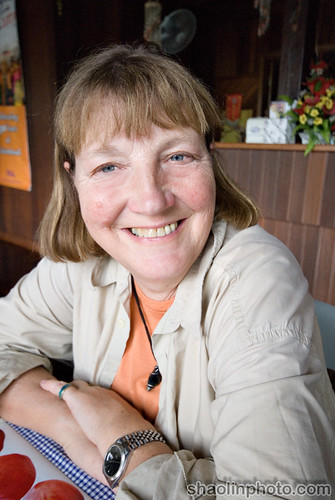 After that we headed back for the afternoon feeding session of the Proboscis Monkeys, it was quite overcast by then though and the light level much lower so it was quite hard to take pics (shutter speed was dropping to 1/40 at times with f/6.3 where as in the morning it was an easy 1/160 at f/8).

There was a decent turnout though and more of them came close. 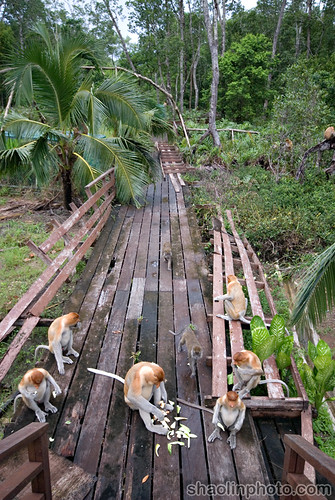 So we could get quite close to them. 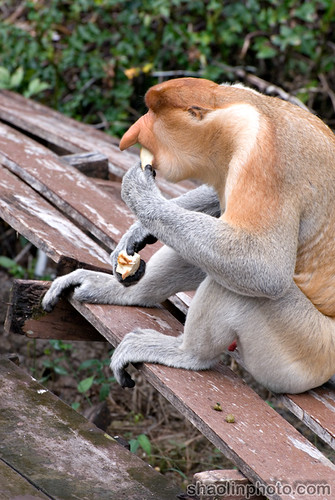 It fascinates me how they sit, really very human like. Actually a lot of their mannerisms remind me of human ways of moving and interacting. 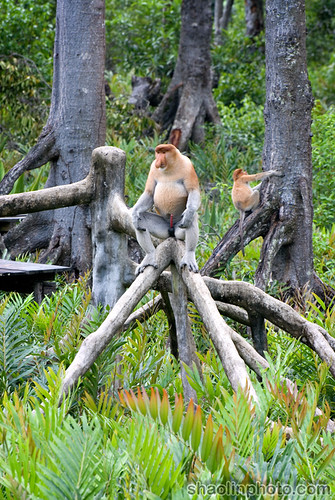 They have very expressive faces too. 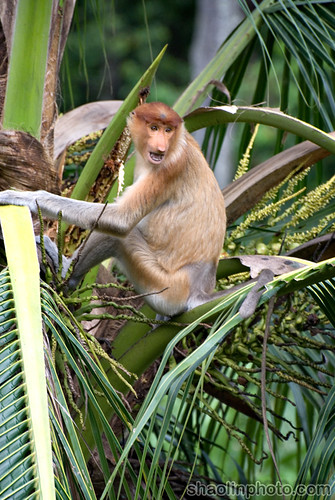 There was plenty of Silver Langur around too with their cute little troll looking babies. 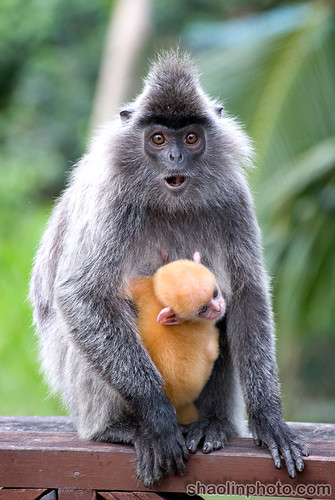 The Silverred Monkeys are very human like too, especially when they are on two legs. The almost bipedal monkey?! 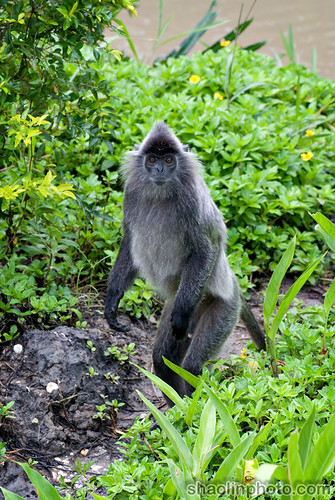 Managed to spot an Oriental Pied Hornbill too but it was really far away. This is the best I could do with 300mm and heavily cropped. 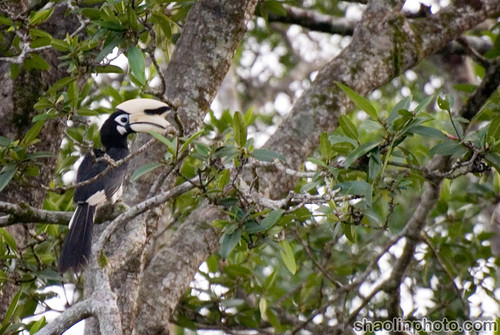 Respect to those birders! As for the monkeys on the platforms, they are quite far. Minimum would definitely be 300mm on a cropped body (450mm equivalent), better would be a 5-600mm or even the Canon 800mm f/5.6!

After that we just chilled, chatted, had some dinner (went for a firefly walk but we couldn’t really see anything – weather wasn’t good for it) and slept early ready for the next day!

You can find all posts on my Sabah trip here: