So we arrived in Sabah to rain sadly, we got there quite early in the morning direct to Sandakan from KL and were picked up promptly by our first guide Adam – a very knowledgeable local tribal guy from the Sandakan area (I forget which tribe he was from, but he said they were river people often farming the flood plains surrounding rivers and estuaries).

The weather wasn’t great so I didn’t really take any pictures on the way there and it was raining and muddy as hell so the ride (once we got off road onto the plantation roads) was pretty crazy…something like the rollercoasters at Blackpool. So we basically hung on for dear life for the hour or so it took us to reach the resort (we got stuck a couple of times but Adam had some l33t driving skills and got us out of there).

There was hardly anyone at the resort when we got there, actually I think for the morning feeding time we were the only people there and there was a fantastic turn-out of both Silverred Leaf Monkeys (Lotong) and the Proboscis Monkeys (Monyet Belanda) we went to see. 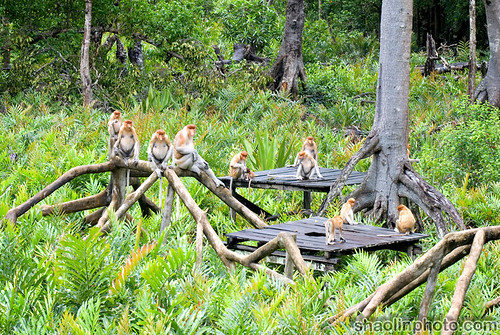 If you don’t know about the Proboscis Monkey they are actually an endangered species and if you haven’t seen them, you should! People come from all over the world to visit the wildlife in Sabah and Sarawak. You can read more at Wikipedia here: Proboscis Monkey.

The other monkey we got very close to was the Silverred Monkey or the Silver Langur/Lutung which LOVES to eat long beans. 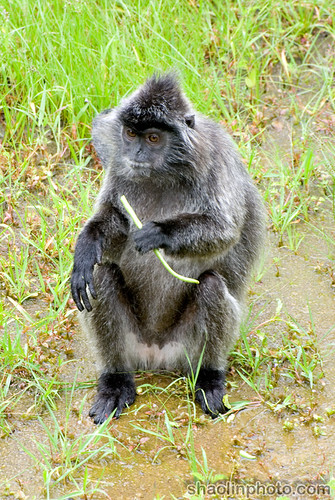 They have the cutest little orange juveniles too, even though this mother was too busy eating her beans..and almost lost her baby. 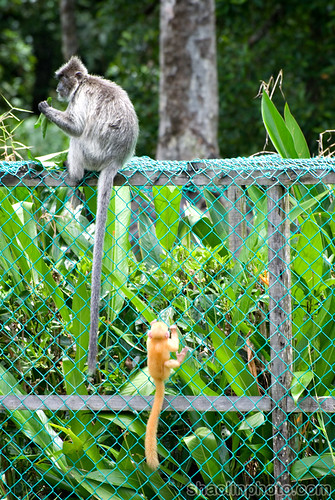 Even when it climbed back up she was like ‘whatever – if you can’t climb on your own tough luck!’. 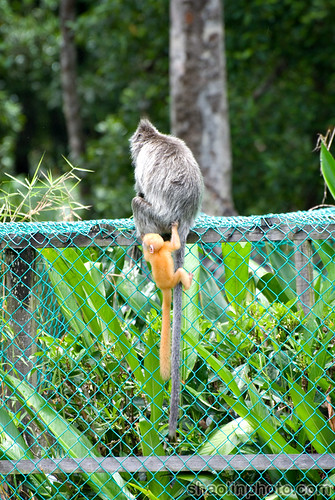 One thing I noticed is Proboscis Monkeys have the most obscene bright red penises and they seem to have a permanent boner…plus what made me laugh is their manhood looks exactly like a piece of photographic equipment called a Giotto Rocket Blower. 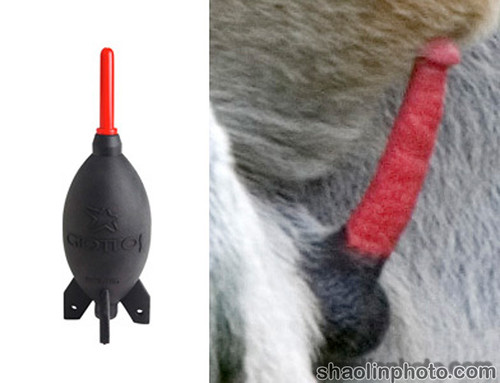 Interesting eh? Anyway…that’s another story. We had a great time the morning we arrived, no one to disturb the wildlife but us and all 3 groups came out to play! One of the mature males even came right on to the feeding platform close to us. 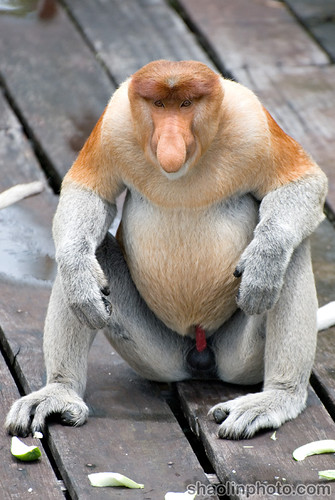 I think they feed them some kind of bread/cake. 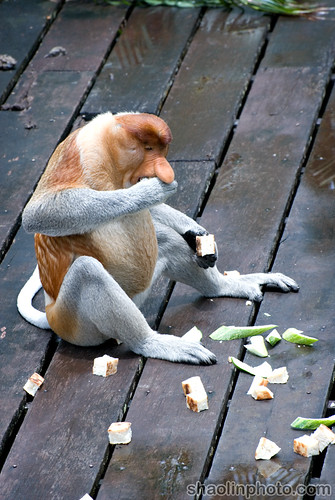 They always sit with it all spread out too like “Yo, check out my package man”. 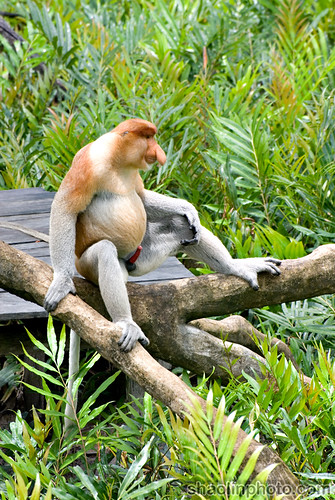 Each group tends to have an Alpha male then a bunch of females and young. 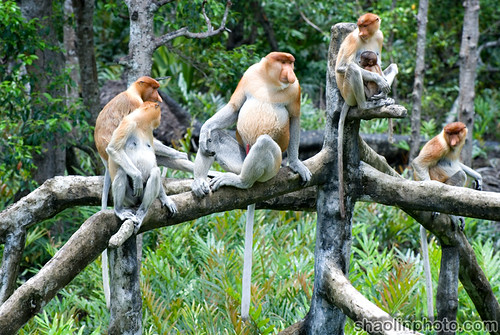 They actually live out in the wild, the place is in the middle of a Palm Oil plantation and was bought by someone to preserve the environment of the Proboscis Monkeys. It’s a very beautiful and relaxing place. 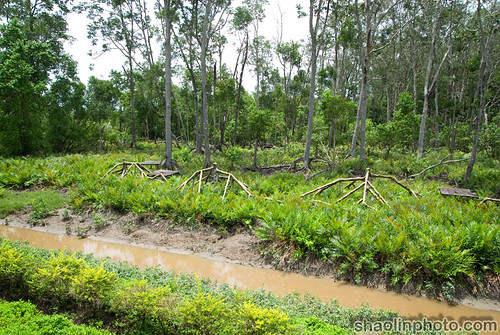 The Silver Langur monkeys would actually come right up to us and take the beans from our hands. 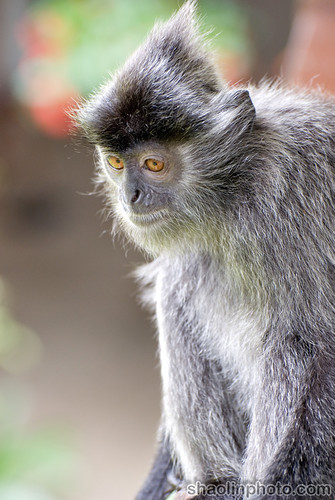 Here’s the whole gang chilling on the fence. 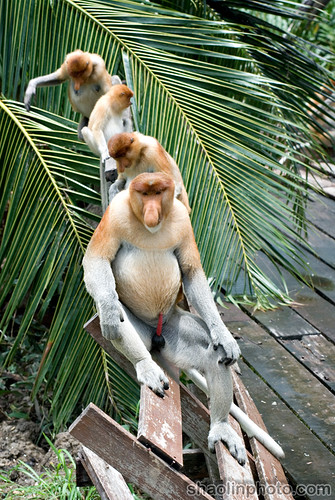 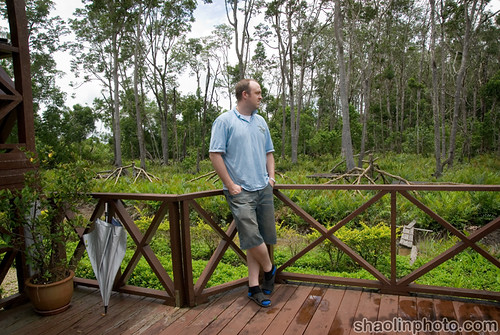 And this was all before lunch on the first day! We headed out to another location to have lunch before the second feeding around 4pm. More on that soon though!

You can find their official site here:

You can find all posts on my Sabah trip here:

The Planning of the Sabah Trip – Costs and Itinerary
The Problem With Thunder Thighs – New Jeans!