It’s been a while since my last post about Sepilok Orang Utan Sanctuary — Sabah, Malaysia, and I’ve got some other travel stuff coming up so I better finish this series off!

We headed off to Sandakan after that and had lunch at the Ocean King Seafood restaurant, despite it being touted as a tourist trap – it was actually pretty good and the food was in as part of the tour so it can’t be that expensive. 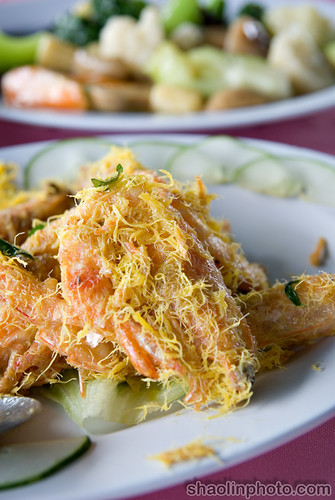 Then it was time for the city tour!

We were blessed with fantastic weather generally whilst in Sabah, but the blue skies when we visited the hilltop Puu Jih Shih Temple were just stunning. 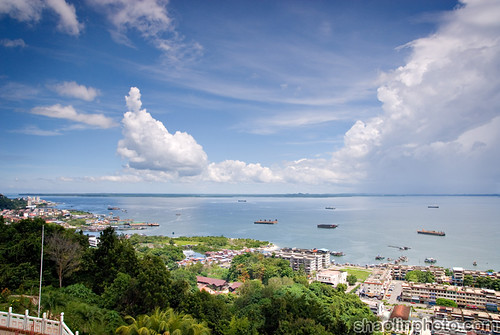 Amazing expanses of fluffy white clouds and perfect blue skies (enhanced by a CPL of course) were surrounding us 360 degrees, with the lush greenery below it made for perfect landscape material. The only downside? It was SCORCHING hot. 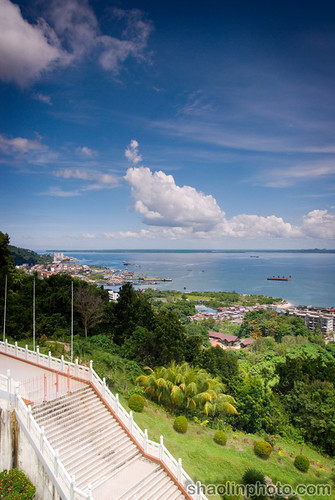 I tried to take a panorama, but I don’t think I took enough frames so it didn’t really work out so well. Anyway here’s another one! 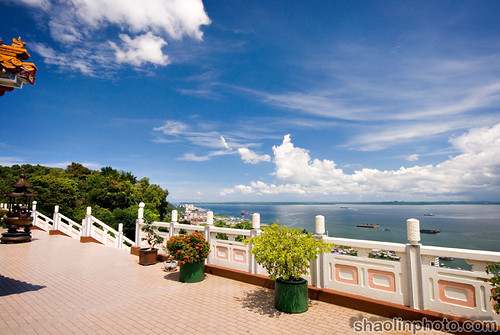 My favourite of all? Absolutely has to be this shot, it just works for me. 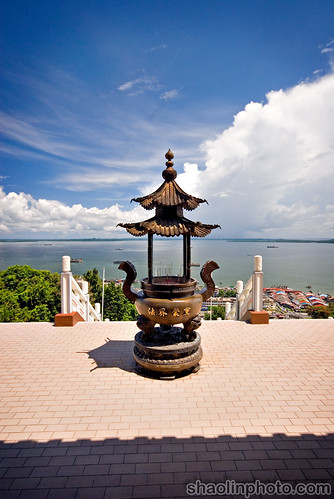 Oh yah, not forgetting I was actually at a temple – this is what it looks like. 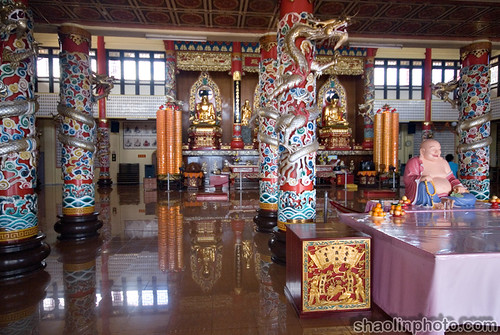 It’s a great place to visit, if you’re doing a city tour of Sandakan it musn’t be missed! The rest of the city tour coming soon!