So the party was a blast! Loads of people turned up and the outfits were fantastic, all different kinds, self made, cobbled together from existing stuff and the more flashy rented outfits (gorillas and cows were popular).

Liang was a great emcee as usual and it was a good night all in all, nice food, good company, loads of bloggers and free beer (yay!).

I was keeping it real in my mad tiger skin. 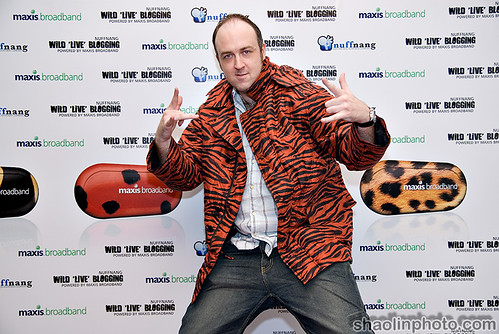 I didn’t wear it all the time as it was hot inside and out…and the jacket was quite thick. 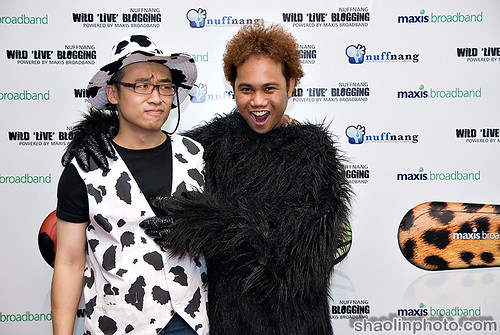 The hawt nuffies before one of them had to cover up.. 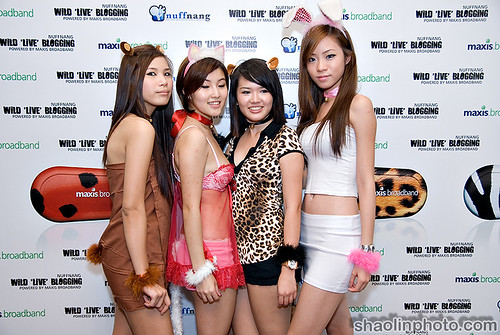 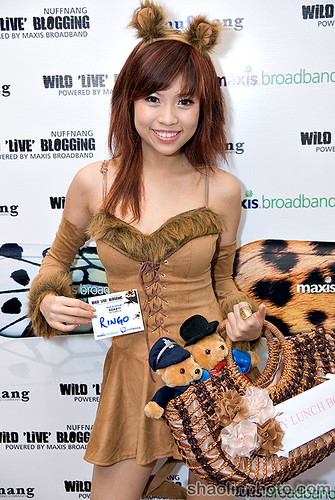 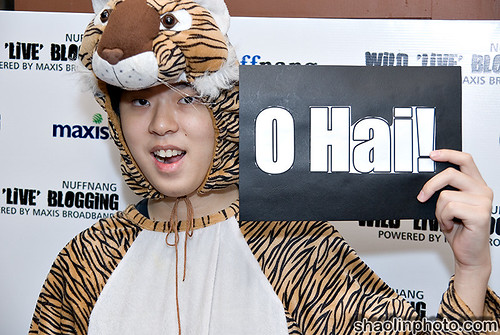 A couple of Dream Girls were there too (other than ringo), Adeline and Hanis. 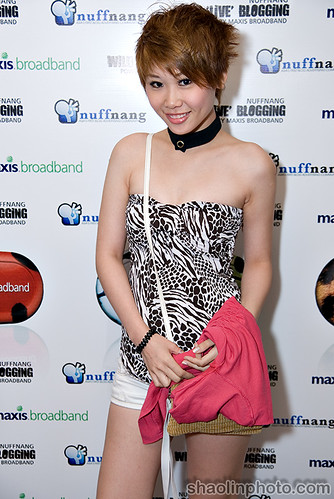 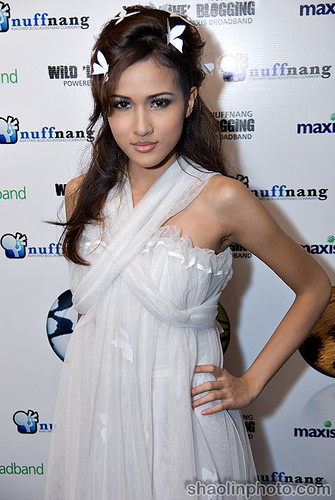 Kenny was there as Winnie the Pooh. 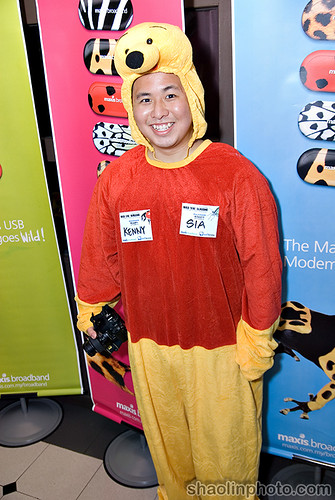 There was a pair of hot ladybirds – Su Ann and Min Li. 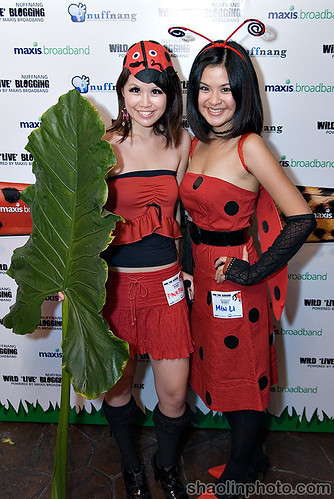 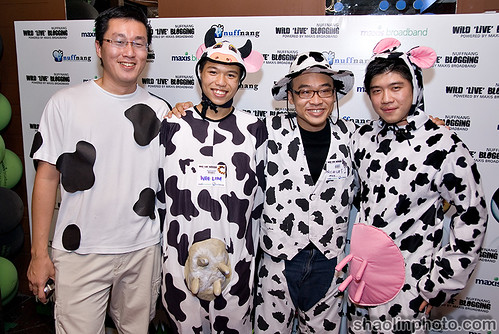 Inside the party there were lots of games, loads of freebies given away and Liang got loads of hugs! 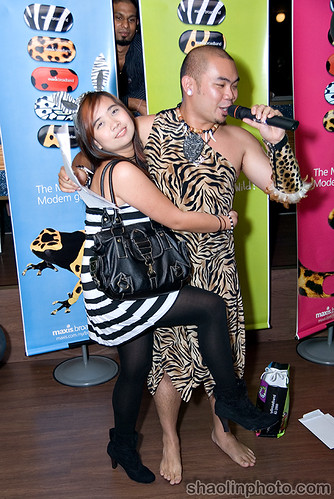 Of course lots of bloggers so lots of cam-whoring – Suet Li the ostrich?! 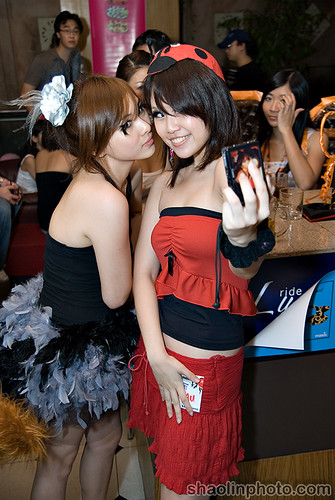 Kimberly was pwning we her awesome homemade batgirl suit. 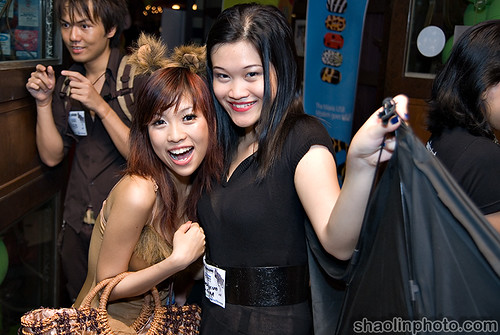 After the games it was time for the best dressed male and female, dubbed King and Queen of the jungle. First places went to Tocklet Starfish the cow. 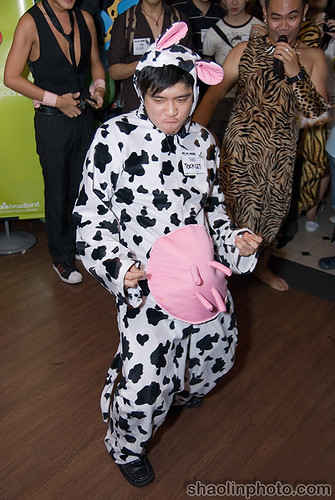 And Jolyn the Lioness. 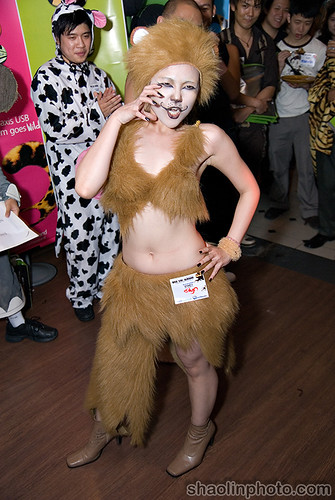 Then it was time to party for a while! 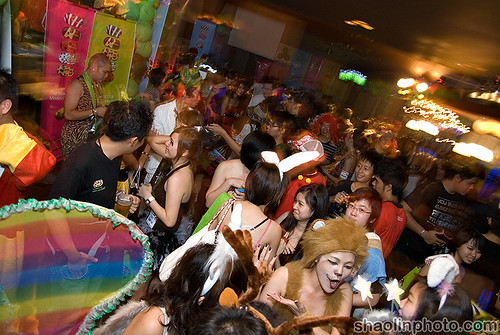 Then a few last bits of picture taking. 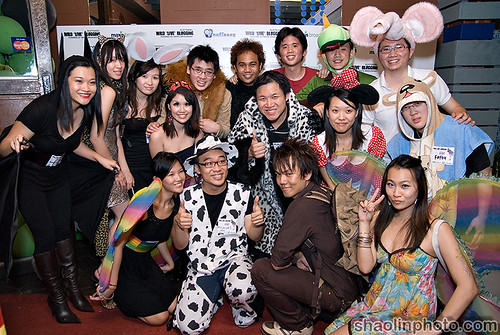 And off home for a shower and out again for some Bah Kuh Teh! What a great night, looking forwards to the next Nuffnang party!

The full set of pictures is here:

Feel free to use them on your blog, just credit me please!

Tag yourself and your friends.