Out with the old, in with the NEW!

Finally decided to upgrade something…something dear to me, something that no longer works. 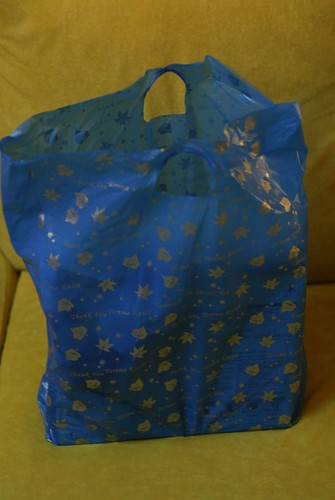 I’ve had a Dreamcast since my Playstation got stolen in about 2001, so that’s around 5 years, since I’ve been in Malaysia though I haven’t used it, and when I did try recently..it didn’t work 🙁 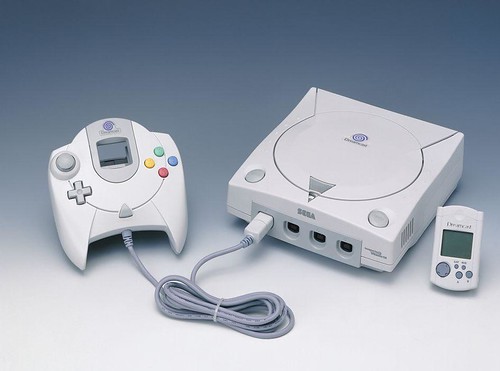 I had more than a 100 games! Not that I’d played them all, I really loved my Dreamcast, especially the game that introduced the style of driving over speed as a way of playing games – MSR or Metropolis Street Racer, plus the other classics like Shenmue and Virtua Tennis 2.

So seen as though I felt the Internets are getting a bit boring, I wanted something else do to.. 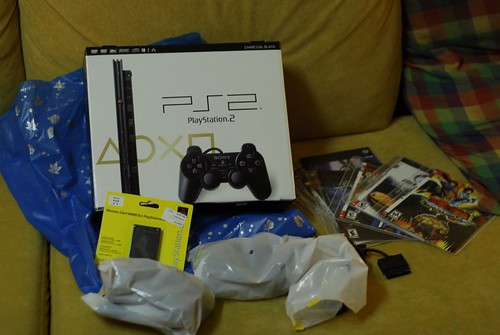 I got a very good deal, second generation PS2 (Without the overheating problems or the disc skipping and the weak drive, can play games and DVD’s just fine), 2 original controllers (most packages sell one ori one non-ori), 8mb memory card and 10 DVD games for RM615!

I couldn’t wait to get home and start it up! 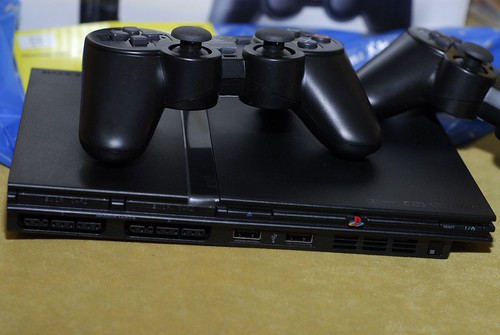 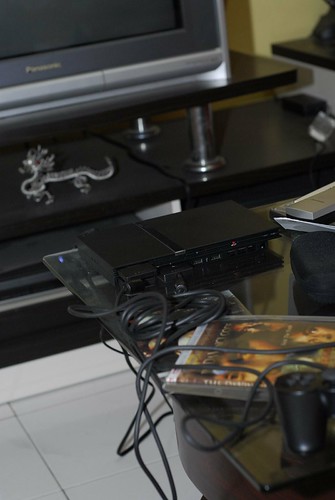 I’ve got the sound wired up to my 5.1 speaker surround system as well so playing games rocks! 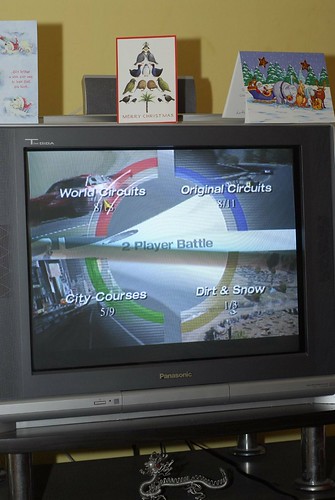 I’ve also just taken up Badminton, more about that soon..

As you can imagine I spent my weekend playing Gran Turismo 4 and Tekken 5.

I had thought about the PS3 and the Xbox 360 but they are a bit pricey and I don’t have a HDTv yet so I wouldn’t make full use of them.

I love the Nintendo Wii though because of the Gyroscopic force fed controllers, awesome fun for multiplayer.

I went for the PS2 though because it’s good and stable with a massive range of games and peripherals and the games I love are there. Plan to get a steering wheel soon, w00t!

Sorry the pictures aren’t artistic and beautiful, but I wanted to play the thing, not take photos 🙂

Movie Review – The Cicakman – One of the worst movies EVAR.
Out with the old, in with the NEW – II

31 Responses to Out with the old, in with the NEW!