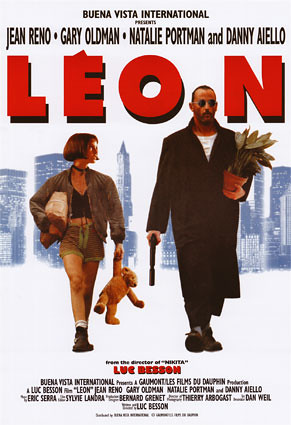 A corrupt Drug Enforcement Administration boss and his thugs murder Natalie’s family in a drug deal gone awry. Orphaned by the massacre, Natalie is forced to take shelter in the apartment of a neighbor, Leon, whom she knows only slightly. He’s a loner and first generation immigrant, who also happens to be a professional hitman. He’s never had reason to care about anybody and she has no one else to

This is still one of my favourite movies of all time, I’ve been longing to watch it for quite a while but A Suan had stolen it and not given it back.

I’ve watched this movie maybe 10-15 times and I STILL love it, now that is testament to a great film.

It ranks it at #45 of the top 250 movies of all time at IMDB, which is also pretty impressive.

But I remember when I first saw it (It’s from 1994), it didn’t rank that highly and actually a lot of people hadn’t seen it as it wasn’t well received in America….Americans being rather blunt and simplistic found the movie somewhat paedophilic, which it isn’t of course.

It is Natalie Portmans first role, when she was just 12 years old and she does play a rather provocative character.

The movie starts out like any other trashy action movie, the first 5 minutes feeling stylised and lacking substance, but then the movie completely changes tack and takes you for an intense yet poignant ride.

The performance by a then twelve year old Portman is breathtaking, she captivates and really makes you feel her situation and loathing for her pathetic family. 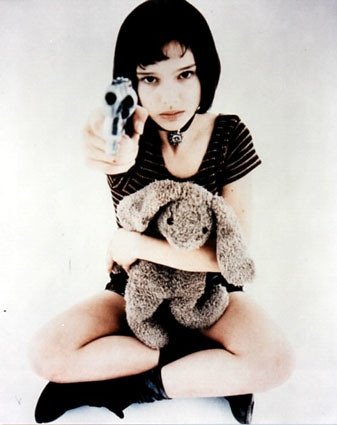 The soundtrack is stunning, to me this is what movie making is about.

There’s no big budget, there’s no special effects, the action isn’t overly gory or all the time, the score is original..and well the whole thing just shows there IS NO replacement for good solid acting.

Gary Oldman does what he does best as a creepy, sadistically obsessed, slightly psychotic corrupt police officer.

Above that…the film is just beautifully directed, it is a true masterpeice, you can watch it over and over and learn more, appreciate the subtleties of the movie.

Leon is not another cheap action movie, it’s one of the most intensely emotional films you will ever see.

Make sure you see the full uncut version though, not the US version which has a rather important 24 minutes cut out.

If you haven’t seen this movie, as I have seen…many people haven’t

GO AND SEE IT NOW.

27 Responses to Movie Review – Leon: The Professional – My Favourite